The Leg I Left Behind Me Part I 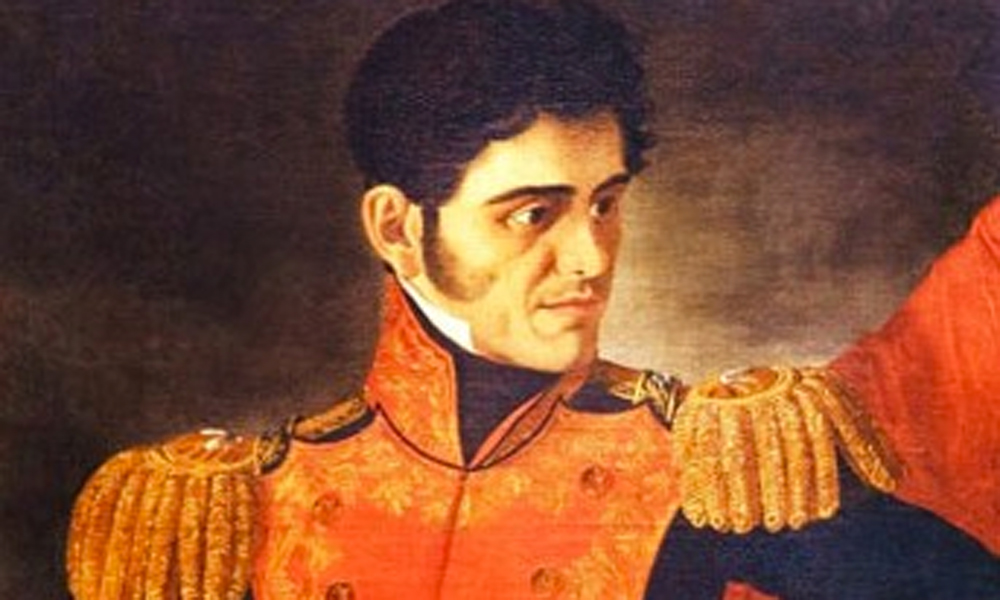 The Girl I Left Behind Me, a long-standing popular folk tune and song, comes from Dublin, Ireland and is dated by most authorities to the late 18th or early 19th century. The song was popular in the U.S. Regular Army, who adopted it during the War of 1812 after they heard a British prisoner singing it. It was used by the Army as a marching tune throughout the 19th century.

The story of General Antonio Lopez de Santa Anna’s famous “leg” began a couple of years after he was defeated by Texas General Sam Houston at the Battle of San Jacinto on April 21st, 1836. Santa Anna signed a treaty guaranteeing the independence of Texas and when he returned to Mexico he was accused of treason and removed from office.

Santa Anna had this amazing ability to recover from his military and political setbacks. His opportunity to endear himself to the Mexican people came in 1838 as a result of the so-called “French Pastry War.”

The “war” began when some Mexican officers in Vera Cruz visited a pastry shop owned by a Frenchman. The officers had been out on the town and suddenly developed a taste for French pastry. They locked the chef in pantry and began devouring his pastries. The indignant Frenchman sued the Mexican government for damages. The government ignored the claims and soon the French fleet placed a blockade on the harbor city. Soon the fortress at Vera Cruz surrendered.

Coincidentally, Santa Anna was living in exile in Vera Cruz. He took it upon himself to restore Mexican pride. Meanwhile, the French Navy, having proven their point, prepared to remove the blockade and retreat. Before they left a landing party came ashore causing rumors of another invasion. Fearing an invasion Santa Anna, clad only in his night shirt, mounted his horse and rode off in the opposite direction of the French. Upon learning the French were pulling away he reversed his “advance to the rear” and rode to the shore, feverously waving his sword at the French ships.

The French admiral took casual notice and fired a random canon shot at the figure on horseback who was gesturing madly on the shore. The shot landed close to Santa Anna that it blew off lower part of his leg. Like an opera star singing out his life blood, he dramatically dictated a series of “deathbed messages” to the Mexican people. Once again he was a national hero, became the “hero of Vera Cruz” and resumed the presidency.

Soon he was up and around and spry as ever. The first thing he did was to give his leg a full military burial. Next he had crafted an artificial leg made of cork. When appearing in public he developed an exaggerated limp to remind the people of his great sacrifice defending his beloved Mexico from the hated foreign invaders.

In 1842 he had the remains of his leg dug up in an elaborate ceremony and paraded through the streets of Mexico City then placed in a monument for all to see.