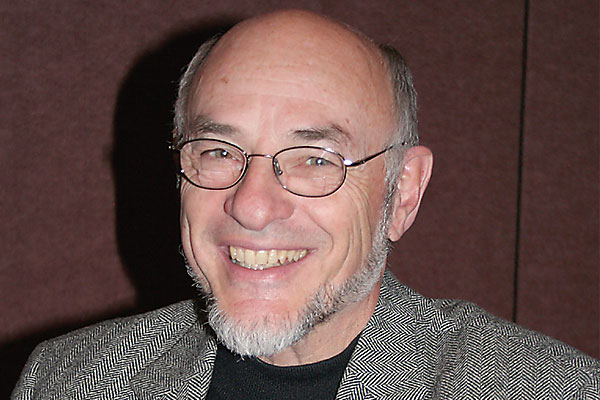 Like two horses harnessed together, the West of change and the West of complexity alternatively gallop and prance, slip and stumble,” writes Richard Etulain in Beyond the Missouri: The Story of the American West.

Professor emeritus of history at the University of New Mexico, Etulain is the author or editor of more than 40 books and specializes in the history and cultures of the American West. Some of his most recent books include Stegner: Conversations on History and Literature; Re-imagining the Modern American West: A Century of Fiction, History, and Art; Telling Western Stories: From Buffalo Bill to Larry McMurtry; Western Lives: A Biographical History of the American West; and his newest, Beyond the Missouri.

At a history conference, he works a room like a maitre d’, moving from table to table, or group to group, sharing stories, discussing projects, perusing new books on new—or old—topics. He talks with women and men, students and esteemed historians, publishers, editors, writers, researchers, hangers-on and academic leaders. All this “hobnobbing,” as he puts it, gives him a rich and varied perspective to incorporate into his own essays, articles and books about the American West.

Etulain readily admits he tackled a topic as big as Beyond the Missouri because he “wanted to write a lively, appealing narrative overview of the American West that covered its history from the Bering Strait to Bill Gates.” His intent was to “deal with the whole shebang; to provide a big story with truckloads of interesting characters and intriguing events.”

Oh, yes, he also wanted the book to appeal to both general readers and Western history specialists. Having negotiated the halls of academe for more than 40 years, he says he is a “radical middler” historian.

TW: The overarching themes in Beyond the Missouri are change and complexity. Why?

Etulain: It seems to me that change and complexity work better for telling the history of the American West than other themes such as the West as an evolving frontier or as a region of continual clash and conflict or economic and environmental degradation.  The West has always been a place of rapid change and persisting social and cultural complexity. The California Gold Rush, WWII and the recent explosion of Las Vegas are examples of this continual change and complexity.

In his narrative approach to the West, Etulain tells stories of: chiefs, leaders and other significant Indians; black, Hispanic and Asian settlers; explorers like Lewis and Clark; and many other Westerners who played major roles in the region’s development. “I also emphasize the transnational influences on the Western story from European, Latin American and Asian sources,” he says. “In addition to dealing extensively with political, economic and social historical topics, I provide thorough coverage of cultural topics like literature and historiography, art, religion and education.”

How has your writing been affected by academic revisionism. Or has it?

Hobnobbing with academics for more than 40 years has encouraged me to think analytically about Western history, but I also wanted to write, most of all, a story-driven history of the American West. I hope that the many diverse stories I tell will appeal to a wide variety of readers.

How does your perspective compare to other scholars’ ideas?

I avoid the excessive optimism and “triumphalist” approaches of historians of the early 20th century but also shy away from recent darker interpretations.

Etulain co-edited five volumes in the “Notable Westerners” series published by Fulcrum Books, a collection of thoroughly researched essays about the history of the West. Two of the volumes, By Grit & Grace: Eleven Women Who Shaped the American West and Wild Women of the Old West, focused on Western women in part because their stories are “very appealing right now.” He has also written several books about Basques in America and the Pacific Northwest.

Does your Basque ancestry affect what you write?

I suppose my boyhood and adolescent years on an isolated sheep ranch in eastern Washington and my lifetime evangelical faith have probably shaped my outlook more than my Basque heritage. Still, a half-breed son-of-a-Basque has to try to prove himself by out-shining his cattle country and sodbuster neighbors. That’s a sure, ongoing motivation.

You’ve traveled widely, lecturing on Western history. Have you come across any interesting stories?

As a teacher in New Zealand and Ukraine, as well as a presenter in about a dozen other foreign countries, I’ve experienced repeatedly how much non-Americans want to know about Indians, Hollywood, Western natural wonders and the region’s lively history. It’s refreshing and rewarding to meet audiences so intrigued with the Western stories I tell and write.

Now retired near Portland, Oregon, Etulain is working on a biography of Calamity Jane and a study of Abraham Lincoln and the U.S. West.