Out of work cowhands used to ride the grub line, which is pretty much what I do for a living.

’Cause I like to eat. And a body can find a whole lot of chow in the West. So the ramrods at this outfit decided to investigate and choose the 10 meals (west of the Mississippi) you just have to try before you’re pushing up daisies.

Ground rules: No Mexican food. After all, wars have been fought over less passionate arguments than those debating the merits of Sonoran, New Mexican and Tex-Mex. Same with chili (let Terlingua and Chugwater duke it out). Several thousand miles and about 15 pounds later, the results are in. Enjoy. I need to start my diet.

Elkins Ranch (Canyon, Texas): Might as well start off with breakfast. Cowboy breakfasts are aplenty in the West, but it’s hard to beat the Elkins Ranch, a third-generation working cattle ranch next door to Palo Duro Canyon—the second-largest canyon in the U.S. and once home to Quanah Parker and Charles Goodnight, among others. The Elkins gang has been dishing up a chuckwagon breakfast—scrambled eggs with chunks of ham and cheese, maple link sausage, buttermilk biscuits and real sausage gravy, hash-brown potato casserole, sweet rolls and cowboy coffee, plus more—for about six years. Visitors are given a jeep tour to camp about halfway to the bottom of Palo Duro, with Western entertainment afterward.

Addison Drugstore (Fort Sumner, New Mexico): The story around these parts has Billy the Kid meeting his demise because he was hungry, but had the lad known about the malts and milkshakes at Addison Drugstore, he wouldn’t have needed a late-night snack. Bob and Terry Addison use a vintage machine to produce HUGE malts and milkshakes from scratch. The tall glass won’t hold it all, so don’t plan on a big supper afterward. It’s like stepping back in time to 1949. (Okay, it’s not really Western, but we needed to appease our sweet tooth here.)

Cooper’s (Llano, Texas): I’ll leave this description to fellow road warrior W.C. Jameson. “Cooper’s comes closest to barbecue nirvana than anyplace else. Devotees of Texas barbecue have been known to drive for 200 miles to lunch at Cooper’s, making their selections from delicious mesquite-grilled brisket, steaks, two-inch thick pork chops, chicken, goat, ribs and sausage.” There’s no menu. Diners point to the meat smoking on the outside grill, and Cooper’s version of Seinfeld’s Soup (here, BBQ) Nazi (don’t offend him!) spears your lunch/supper and sends you inside, where beans, sauce and white bread await.

Gorat’s Steak House (Omaha, Nebraska): One thing’s for certain. They do know steaks in Omaha, and this low-key, family-style restaurant has been dishing up prime beef for better than 60 years. A perfectly tender, flavorful steak that covers the plate, plus a choice of sides, and all at a family-friendly price make an evening at Gorat’s a treasure Warren Buffet would recommend. Actually, he does. Gorat’s is Omaha-native Buffet’s favorite restaurant, and the T-bone (with hash browns) is his preferred meal.

Bruce’s Bar (Severance, Colorado): Back in 1959, Bruce Ruth decided to risk serving the, ahem, private parts of unfortunate male calves at the hole-in-the-wall bar he had bought two years earlier near Fort Collins. These Rocky Mountain oysters remain the delectable house special, serving, as one entry in the guest book exclaims, “Cold Beer! Hot Nuts!” Visitors from Oxford (the one in England), Paris and Bangkok have even sampled these calf fries at the bar, which sponsors “All You Can Eat Nights” and even an annual “Nut Run.”

Reata (Fort Worth and Alpine, Texas): Named after the sprawling ranch in Giant, that entertaining film of Texas cheese (and Edna Ferber novel), the original Reata opened in Alpine in 1995, backed by CF Ranch owner Al Micallef, Fort Worth entrepreneur Mike Evans and not-your-typical-cowboy-cook Grady Spears. The Fort Worth location opened the following year. Changes have been made over the years, but Reata still caters to the elite and the working cowboy, and a bowl or cup of the jalapeno & cilantro soup is just what the doctor ordered. Well, maybe not. Word is that a cup alone is worth about 900 calories.

Walt’s Wharf (Seal Beach, California): Need something a little healthier? Chef Mark Tydell has plied his trade at California’s original City Cafe, the Stock Exchange, Ocean Avenue Seafood and Barbacoa Restaurant. Now he’s the man behind the masterpieces at Walt’s Wharf, a fixture in Seal Beach. About 10 years ago, I dropped in and followed the waitress’ recommendation for the wild salmon caesar salad, a mouthwatering meal I never forgot. In 2005, I returned to Seal Beach on a crusade (as relentless as John Wayne in The Searchers or Gregory Peck in The Bravados) to find that restaurant and see if the salad was as great as I remembered. It was. You can have your caesar with oak-grilled Hawaiian Ahi or sea scallops, but I’m sticking with the salmon.

Bobcat Bite (Santa Fe, New Mexico): This little find—a former trading post-turned gunshop-turned burger joint—on the outskirts of the City Different is, bar none, a vegetarian’s worst nightmare. But it’s a carnivore’s delight. Count on a wait. Using decades-old recipes, the Bobcat gives hungry visitors burgers ground fresh from whole boneless chuck, topped with not-too-hot green chiles and cheese, tomato and lettuce. The steaks are good, too. You can’t question how the Bobcat’s burger wins so many awards, but how the heck do owners John and Bonnie Eckre and the wait staff stay so slim?

The Metate Room (Mesa Verde National Park, Colorado): The menu at this elegant restaurant gets its inspiration from not only the Southwest, but also from the native cultures of the area. Local produce and organic ingredients are often the norm. Of course, I sincerely doubt if those Ancient Ones had anyone in the kitchen like Metate Room chef Todd Halnier. We’re taking about roasted pepper-crusted elk tenderloin (medium rare is recommended) with a blackberry-chokecherry demi-glaze. Toss in a caramelized onion-Swiss potato cake and some sautéed spinach, and you have a meal that might inspire you to hike to the park’s Balcony House in the morning.

Best Western Buck’s T-4 Lodge (Big Sky, Montana): “If you go away hungry here,” owner Michael Scholz tells me, “it’s not our fault.” The portions have always been huge (but reasonably priced) ever since Buck and Helen Knight opened up the T-4 as a hunting camp back in 1946. Diners owe their thanks to executive chef Scott Peterson and chef Chuck Schommer (and owner Scholz, of course). The wine list is extensive, and while you can’t go wrong with anything on the menu, the Great Plains Bison Tenderloin is incredible: eight ounces of applewood-smoked bison served over a bed of rough-smashed redskin potatoes with a vegetable medley and onion straws.

Johnny D. Boggs is no slouch of a chef himself, as anyone who has sampled his chili, roasted duck, blueberry cobbler or pineapple-coconut pie will attest. 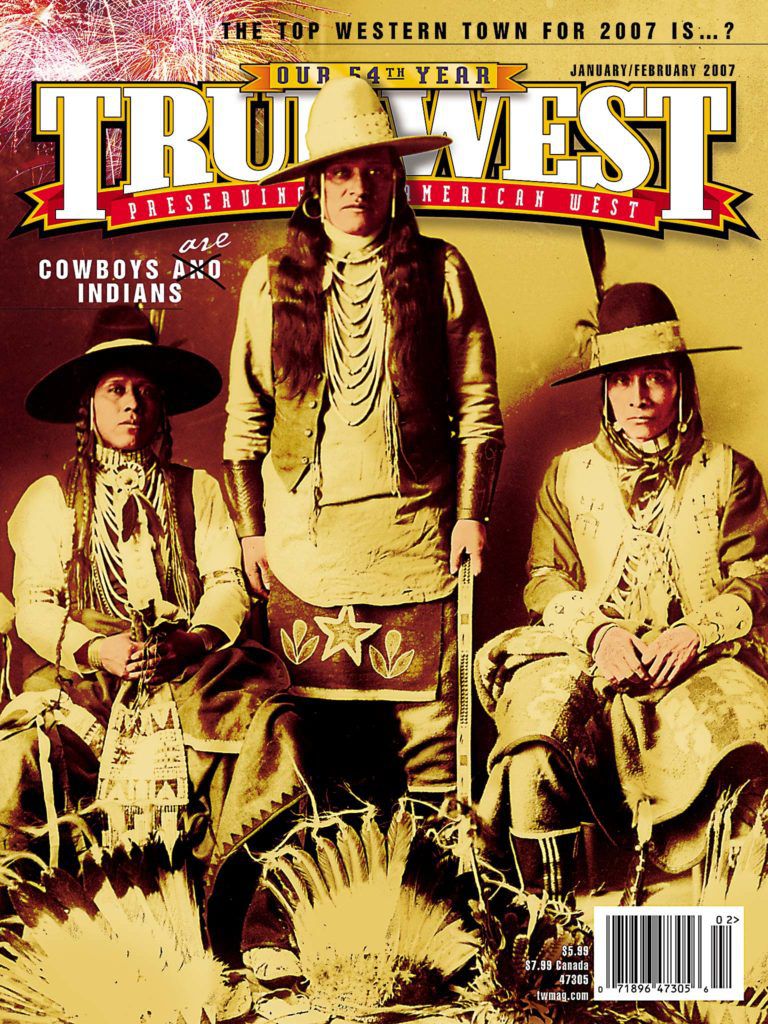