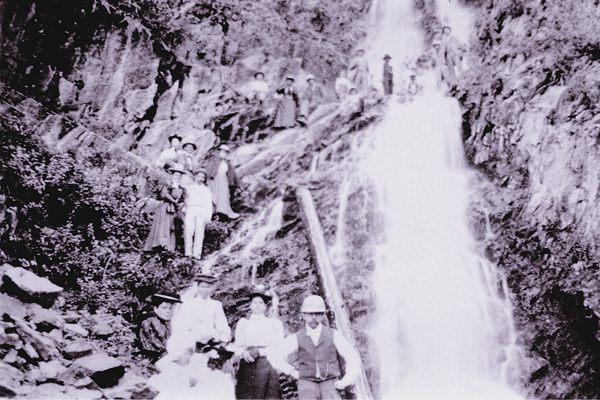 “The wind is all,” Jon Chandler writes in his brilliant novel Wyoming Wind. “The wind is ever present.”

Boy, he wasn’t kidding, even if he was describing Cheyenne and I’m heading into Casper. Trust me, Cheyenne has no monopoly on the wind in this state.

“The wind fashions life on the desolate prairie…. The prairie grasses wave like sheets of pure green silk over the soft, rolling hills…. The golden eagle and red-tailed hawk ride its currents on their endless search for prey.”

Well, that wind is whipping me all over Interstate 25, and I’m not in some Dodge Neon but one heavy SUV, so I’m glad to pull off the exit and take a break, even if I am suspicious about this Wyoming burg. Casper or Caspar? They can’t seem to make up their minds. The city’s called Casper, but the fort was named Caspar.

There’s even an airport, Natrona County International (cowards … they opted for the easy way out instead of picking between Casper or Caspar), which is home of the Wyoming Veteran’s Memorial Museum. Yep, plenty of ways to get here, and plenty of reasons to come.

Which, really, has always been the case, as evident at the National Historic Trails Interpretive Center. You’ll find other trails centers—in Independence, Missouri, and Council Bluffs, Iowa, to name a couple—but there’s no topping Casper’s offering. It’s among the best museums in Wyoming, and this state is no slouch in the museum department (see Cody’s Buffalo Bill Historical Center). Casper’s interactive, high-tech center focuses on travelers of the Oregon, California, Mormon, Bozeman, Bridger and Pony Express Trails. Make sure you watch the National Park Service film, too, Footsteps to the West, a 2003 Spur Award documentary finalist written by Candy Moulton with Dan Gagliasso.

Like the Latter-day Saints, for example, who left Iowa City, Iowa, for Salt Lake City, Utah, in 1856. Sixty miles southwest on Highway 220, the Mormon Handcart Visitors’ Center pays tribute to those pioneers who braved more than the Wyoming wind in their handcarts. Stranded by a blizzard, many died of exposure at what is now known as Martin’s Cove. Others starved, waiting for rescuers from Salt Lake.

Closer to town is Fort Caspar, which today includes a reconstructed army post, circa 1865, the 1859 Guinard bridge and the 1847 Mormon ferry. The fort was originally established in 1862 on the south side of the North Platte, although troops had been stationed at what was then known as Platte Bridge Station as early as 1858. The fort was abandoned in 1867 with the establishment of Fort Fetterman, just down the road in Douglas. FYI: It’s even windier in Douglas than it is here.

And no one notices the wind at two of Casper’s biggest sports attractions: the College National Finals Rodeo and the Central Wyoming Fair and Rodeo.

I don’t mind it so much myself now.