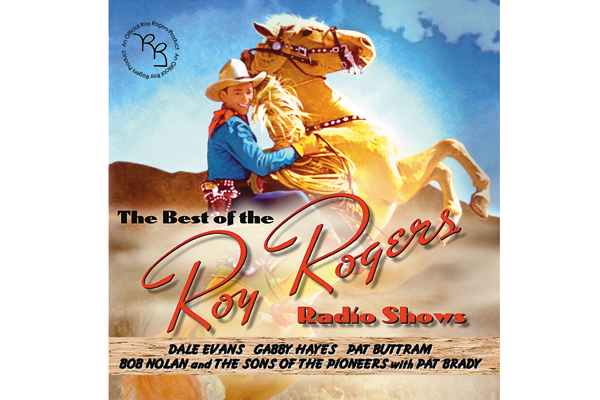 A box of Quaker Oats was the first product endorsement by the King of the Cowboys, and ever since 1943, he has lent his name and smiling face to cap guns, flashlights, bedspreads, alarm clocks—you name it.

Even Roy’s son Roy Rogers Jr., nicknamed Dusty, “grew up with Roy everything,” whether they were his double-R boots or his Rogers pajamas.

Roy was careful to license his name only to products that passed his family test. Each of these over 450 items carried the tag “Dale and I are very proud of every product that bears our name, and we use these items for our own children. You pay no premium for our name. Rather, it is your assurance of authenticity and quality.” (In the 1940s, Roy Rogers was second to Disney in licensed goods and sold the most products of all the cowboy licensees into the 1960s, says Holly George-Warren.)

For those of us too young to own any original Rogers collectibles, there has been a wave of Roy and Dale Rogers items released this year, adding to the slowly growing list of Rogers collectibles for those newly enamored with Dale and Roy.

Much of this recent wave is due to the Rogers family’s eagerness to share archived treasures with the public combined with technological advancements that allow for digital transfers of original recordings. Radio programmer Michael Sheehy produced the latest Roy Rogers collectible: The Best of the Roy Rogers Radio Shows. His crew used a stylus and pre-amp compatible with technology from that era (spanning from 1940-52) when recording off the acetate electronic transcriptions.

“True Roy Rogers’ fans will appreciate the difference in scope and quality of this new collection from some of the bootleg stuff that has been out there,” endorsed Dusty, before adding “This material comes right from the Rogers’ family archives and has been put together with real love and attention.”

The CDs’ biographical material and anecdotes are courtesy of Dusty, but Sheehy and his crew also showed real heart in putting the project together. They spent two years scouring the library for the radio shows, reviewing and logging all the shows on a minute-by-minute basis, before they selected the best material. While Bob Fisher was restoring the audio to remove unwanted noise and pops, the crew was at the Roy Rogers and Dale Evans Museum (which had just moved to Branson, Missouri), sitting on metal folding chairs, gathering family photos for the booklet. “I may be red and saddle sore, but I feel O.K. on the whole,” admitted Sheehy, after nearly a year of research. The radio show collection is just the tip of the iceberg when it comes to 2005 releases commemorating this historic couple in Western lore.