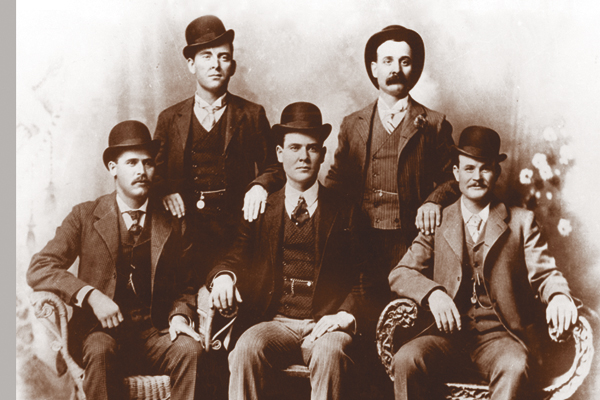 Since I was brought into the project at the 11th hour, I had less than 72 hours to find reasonable look-alike characters and suitable circa 1900 clothes.

Over the next two days, I worked in conjunction with Greystone Communications’ Associate Producer James Joyce and Al Frisch, an independent film producer, to track down the right characters. As it turned out, we recruited some incredibly close clones of the Wild Bunch by using two of Greystone’s production assistants, along with some of my amigos.

With our new Cassidy Gang gathered, we now had to dress them in the appropriate haberdashery. Between Frisch and me, we outfitted four of the five-man gang. With no chance of fitting anyone until a couple of hours before filming, we had to guesstimate what pieces would “suit” our needs. Frisch’s movie costuming took care of the two Greystone fellows, Todd Carney and Maurice Tatrykus, who posed as Will Carver and Ben Kilpatrick respectively. I had an original, circa 1900, brown three-piece suit, and as luck would have it, the suit was a near-perfect fit for horse trainer Jeff Wall, a.k.a. Harvey Logan. A second Victorian-type three-piece suit, purchased a couple of years ago from Branding Iron, served saddle maker Mike Shelhart, posing as Robert LeRoy Parker (Butch Cassidy). Ironically, Dave Houghland, who bears a striking resemblance to Harry Longabaugh (Sundance Kid), also owned an identical Branding Iron outfit.

On the day of the taping, working in 104-degree heat with less than three hours before the shooting, we frantically made last-minute changes to each man’s outfit, adding footwear, hats, neckties, watch chains and other period paraphernalia that closely resembled those in the original photograph. After wardrobe mistress Marcelle McKay quickly assembled a cloth boutonniere for the Harvey Logan model, the men were ready for our makeup expert, Pamela Lljubo, who dyed their hair, toned their skin, and in one instance, changed a hairline.

With the camera ready to shoot, Producer/Director Amy Huggins commanded “Action!” and the reconstructed gang walked onto the set, took up their historical poses and were captured once again … only this time it was not by the Pinkertons, but instead by the History Channel’s camera. 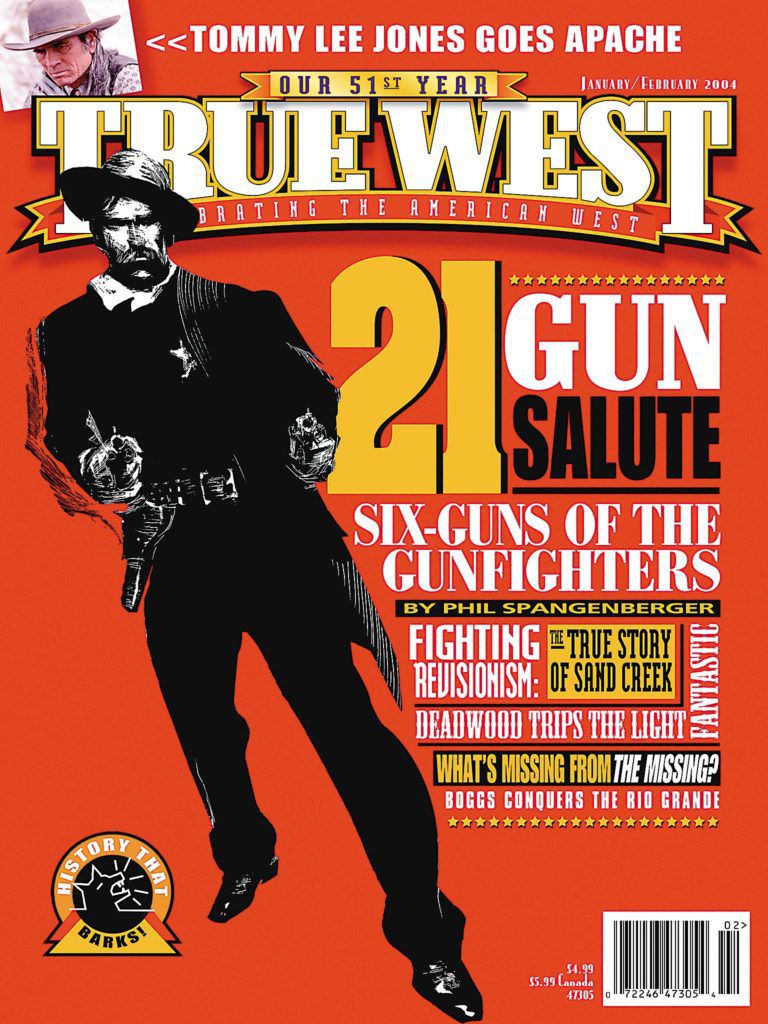