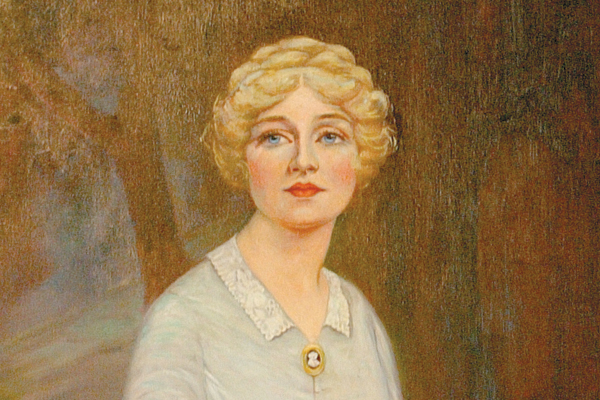 There were really two Americas in the 1800s, separated by the Mississippi River, and nowhere was that more evident than for pioneer women: at the very moment Eastern society was straightjacketing women in Victorian mores, the West offered freedom and promise.

If they could endure, if they could survive, if they dared leave everything behind and plunge into an unknown world, they were promised freedoms and opportunities their Eastern sisters couldn’t imagine.

By 1900, four Western states had given women the almighty right to vote;  women in the West could serve on juries,  own property and run their own businesses.

With women came civilization, “the graces of life,” the demands for schools first, churches second and libraries third.

Sadly, almost an opposite story is told of the women who were there all along, for Native American women found their cultures and lives disrupted, if not demolished, by the advancing emigrants.

Who were these women who suffered and withstood, built and thrived, struggled and died? What do their stories tell us about the stock from which we came?

True West will tell their stories, profiling women whose challenges and triumphs, dreams and sins, helped settle the American West.

The mother of women’s Western migration was a beautiful, golden-haired missionary with a lovely soprano voice, but a heart that could never learn to love the “heathens” she came to save.

Narcissa Whitman would die a martyr’s death and end up molested by wolves in her grave, but her role as one of the first white women to brave the hostile West gives her a prime place in history.

Born in 1808 in New York, Narcissa Prentiss was the daughter of a prominent Amity family whose entire life centered on the Presbyterian church. From the time she was 16 and heard stories of the “savages” being discovered by Western fur traders, she wanted to be a missionary. But unmarried women were not allowed such dangerous work, and Narcissa wouldn’t take a husband until she was an “old maid” of 28.

She hardly knew Marcus Whitman, a 32-year-old doctor, when their union was arranged in 1836. But her motivation was clear: Territorial Gov. William Clark—of the famous Lewis and Clark—had sent word that the Nez Perce tribe of Oregon Territory wanted teachers for their children. Marcus Whitman saw the request as the open door to missionary work he so desperately wanted, and he found a willing partner in Narcissa.

Like the tens of thousands who’d come after her, Narcissa Whitman had to leave everything behind to start her new life: her clothes and mother’s china; her books and linens; her security and comfort; her friends and family, who she never saw again and wouldn’t hear a word from for nearly three years.

But something marvelous happened on the 4,000-mile, rugged trip to Oregon that doubled as the couple’s honeymoon: Narcissa and Marcus fell in love. They conceived their only child somewhere along the trail, and happily pregnant, Narcissa rode sidesaddle most of the way across the West.

Traveling with the Whitmans was another missionary couple, Eliza and Henry Spalding: Eliza, in poor health but going because her husband demanded it; Henry, a man forever bitter because he married Eliza on the rebound after being rejected by Narcissa. Henry took every opportunity to belittle Narcissa on their journey west, and many a night had to endure the sounds of the Whitman’s lovemaking.

While it made all the sense in the world for these couples to stick together and create a mission with mutual help and support, it wasn’t to be. Spalding’s fixation on Narcissa was one problem, while Marcus found he didn’t respect or trust Henry. Once they reached the Oregon Territory, they split up and settled 120 miles apart, although the women clung to their “sisterly fellowship.” Each morning at nine, they isolated themselves to meditate and pray, creating a psychic bond they so desperately needed to ward off the loneliness.

While the Spaldings served the Nez Perce tribe that had invited them in the first place, the Whitmans settled at Waiilatpu among the Cayuse tribe, even though they had been warned against it. The Cayuse had not asked the missionaries to come and were already stinging from the negative effects of white intrusion. But Marcus found their area ripe for farming and set about building a mission.

The hardships he and Narcissa faced were staggering.  Missionary work had to take second place to basic survival—building a house, planting crops, caring for livestock. One of their few joys came on March 14, 1837, when Marcus delivered the first American white child born west of the Rocky Mountains. It was his own daughter, Alice Clarissa.  She would be her mother’s joy and the source of grief so severe it would drive Narcissa to the brink of madness when, two years later on a Sunday afternoon, the little girl drowned. (Narcissa admitted in letters to her family that she clung to the dead child for four days before allowing her to be buried.)

Narcissa reached out to other children to replace Alice, but not to Indian children. Instead, she focused on white orphans, and soon, it was clear she had no interest in teaching or ministering to Indians, who “remained to her an alien and inferior people,” historian Dorothy Gray noted. Marcus, meanwhile, was dazzled by the surge of emigrants and saw himself on the cutting edge of a new white society.

None of this was lost on the Cayuse, whose resentment at being ignored and fear at being displaced continued to grow. The migration of 1847 brought over 7,000 emigrants to Oregon, and with them came measles. Almost overnight, half the Cayuse died. Marcus was held liable for the wave of death, just as tribal medicine men paid with their reputations, and sometimes their lives, when they failed.

On November 29, 1847, hours after the third child of a Cayuse chief died, warriors attacked the Whitman’s mission. Marcus was tomahawked and shot. Narcissa dragged his dying body into the house and locked the doors. As she bent over her husband, she was shot through the glass panes she had so loved.

Survivors reported that as she lay dying, she prayed over and over, “Lord, save these little ones.” The children and other women in the mission would be spared, but the Cayuse came for Narcissa, dragging her outside, where she was shot again and whipped. Ten more men were also killed that day, and Indians later set fire to the mission that had taken a decade to build. After Narcissa’s burial, wolves dug up the shallow grave and ate part of her body.

Afterwards, Narcissa became a martyred figure in Oregon, and the massacre was an impetus for its eventual statehood.

But even more significantly, what Narcissa endured to lead the way convinced other women that they could follow. Hers were the first steps of millions of weary, but determined, female shoes that would tame the West.