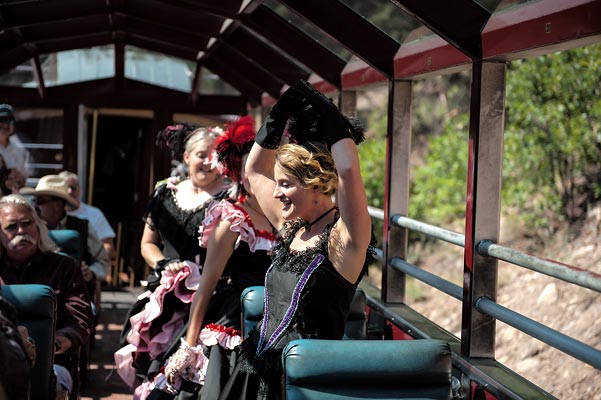 Yes, gold first lured Charles Baker and his prospectors into the San Juan Mountains of southern Colorado in 1860, but railroads—in particular, the Denver & Rio Grande, which arrived in Durango in 1881—brought stability and prosperity to the little town along the Animas River.

Isaac “Ike” Stockton was a rotten guy, even for an outlaw. In the late 1870s, he and his gang robbed, rustled and raised trouble across northern New Mexico, then hightailed to Durango, Colorado, where they processed their ill-gotten gains in the gang’s butcher shop.

Ike’s younger brother, Port, added a veneer of respectability to the family name, given his job as marshal in the nearby Animas City. But his career in law enforcement came to an abrupt end when vigilantes from Farmington, New Mexico, gunned him down on January 10, 1881.

Ike’s own luck ran out in Durango, Colorado, on September 26, 1881, when Sheriff Barney Watson and Deputy James Sullivan shot him in the leg while making his arrest. Ike, who had once turned in a member of his own gang for the reward money, died the next day.

Deputy Sullivan wasted little sympathy on the backstabbing bandit, supposedly remarking that he hated a traitor worse than a murderer.

Step back in time when you board the steam-powered Durango & Silverton Narrow Gauge Railroad for a 45-mile ride through the breathtaking beauty of the San Juan Mountains. Then check out the railroad’s museum in Durango, which is loaded with cool displays, especially the 800-square-foot scale model railroad and a baggage car used in the 1969 classic Western Butch Cassidy and the Sundance Kid.

Stop by Steamworks Brewing Co. for its Cajun Boil, a winning combination of Alaskan Dungeness crab, wild Texas shrimp and Andouille sausage, served with potatoes and corn. Wash it all down with a frosty glass of Steam Engine Lager, one of a dozen or so craft beers brewed on site.

If you have to pick one time of the year to visit Durango, we recommend August, when True West hosts its Railfest. Along with railroad adventures and Old West history, the celebration features World Fast Draw Association shoot-outs and competitions, American Indian dances and storytelling by our own Executive Editor Bob Boze Bell. Festivalgoers will revel in the variety of trains to see and rides to take.