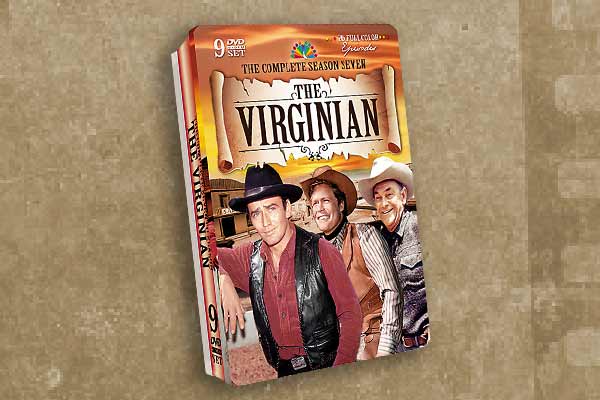 On September 19, 1962, The Virginian made its debut on NBC, and 50 years later, this seminal series was honored at the Autry Museum in Los Angeles, with a cast reunion, screenings, panel discussion and tribute dinner.

The cast recalled that producer Frank Price and Universal Studios head Lew Wasserman decided to make The Virginian different from its start, by expanding the standard, one-hour episode to a 90-minute movie every week.

Star Clu Gulager regarded Price as a television pioneer: “Frank was a genius in film creativity and fell in love with a long-form format, shooting them in eight days, and hired a cast second-to-none. It was an amazing amalgamation of acting and production capabilities, and that was Frank’s work.”

With only eight days for each show, everyone was under tremendous pressure. The Virginian himself, James Drury, called the brutal schedule, “A logistical nightmare, with as many as four shows shooting at the same time. But we got it done.”

Sara Lane, who played the granddaughter of Shiloh Ranch owner John Grainger (Charles Bickford), revealed, “James and Doug [McClure] never changed their shirts, so we got to use stock footage. I pretty much wore the same thing too, so we could use footage again for long shots. There was no temperament on our show; we just did the work.”

The work was of remarkably high caliber, making The Virginian a hit for nine seasons, and an example of TV they just don’t produce anymore, which is precisely why Doug Butts of the INSP Network wanted it exclusively: “We wanted a Western, and The Virginian is the third most popular, behind Gunsmoke and Bonanza. It’s 90 minutes, the story arc takes a little longer, so viewers get caught up in its quality, and they’ll stick with it.”

After 50 years, The Virginian has attained the classic status it deserves. This year, Timeless Media will release the DVDs for season seven (in February) and season eight (sometime in fall). So fans have even more to be excited about.