From Chicken Doctor to Cowboy Chronicler 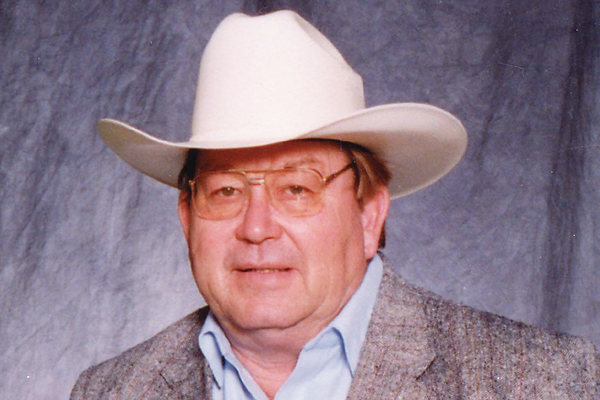 This year, Dusty Richards will see his 67th book published, some under his own name, many others under a bevy of pseudonyms.

He has also written 60 short stories, hundreds of articles and let’s not forget all his book reports. After all, those reports from his 1950s’ school days really got Richards started in the Western writing business.

“English teachers never read Western paperbacks,” recalls Richards, who grew up devouring Zane Grey, Will James and Will Henry. “That was some kind of contamination, and it was the only thing in the world I wanted to read. I asked what do you have to offer, Silas Marner? What a terrible thing to pull on people! But I could make up book reports. Guns of the Brazos by J.B. Brown. This story of a Texas Ranger who saves the girl and saves the town from the Comanches.”

Richards, of course, has come a long way since selling Arizona schoolchildren fake book reports for gas and lunch money, but it wasn’t an easy road. After graduating from Arizona State University in 1960, Richards returned to Arkansas and began working for a living, but still dreaming of one day writing Western novels.

In 1963, he landed a job with Tyson Foods. “They were a little ol’ company, and I didn’t know if they would make it or not,” he says. They made it, and so did Richards, who put in 36 years in company management. “You want a loose description of that?” he asks. “I was a chicken doctor. The only cowboy chicken doctor anybody knows. If your chickens get sick, call me. I can usually figure out what’s wrong with them.”

In his spare time—when he wasn’t working at Tyson, writing a humor column for weekly newspapers or anchoring a morning television show (“I think I got more done then than I do now,” he says)—he was trying his hand at novels.

“Those were terrible, terrible books,” he says. But he kept honing his craft.

His break finally came when an editor from St. Martin’s Press rejected his manuscript. “He had a couple of problems with it, didn’t quite fit what he was looking for—that’s the way things go—but he said ‘M. Evans [a publishing company] needs this book’ in his letter,” Richards recalls. “So I took his letter and put it on the front of my manuscript with my letter. I figured if they needed it, they needed to know they needed it.”

Turns out, M. Evans did need it, and Noble’s Way was published in 1992. Richards hasn’t looked back since.

His 2003 contemporary rodeo novel, The Natural, won the Oklahoma Writers’ Federation Fiction Book of the Year Award. In 2004, Richards won the same award for The Abilene Trail. In June 2004, he was installed in the Arkansas Writers’ Hall of Fame. “The nicest thing about it is I’m on the wall with Dee Brown,” he says.

These days, Richards and wife Pat are often traipsing across the West to research his next novel or attend some speaking engagement, rodeo or a chuckwagon race. He also appears at numerous writing seminars across the country and is a board member of the Ozark Creative Writers Conference, the Ozarks Writers League and the Oklahoma Writers’ Federation. “A fiction writer’s a fiction writer,” he says. “You just change the costumes and maybe a little dialogue.” Fact is, he’s so busy, he says he only went fishing five times last year.

Not that he’d change a thing.

“I guess fate drug me in this business,” he says. “I was a salesperson too long not to enjoy the success of sales, but really it’s getting a letter from a Canadian soldier’s wife, wanting an autograph for her husband in Afghanistan who is my greatest fan. I sent him four books and said thanks for being there for me. No, I am very pleased to be a writer of the Western fables.”

Johnny D. Boggs knows better than to believe everything Dusty Richards tells him.