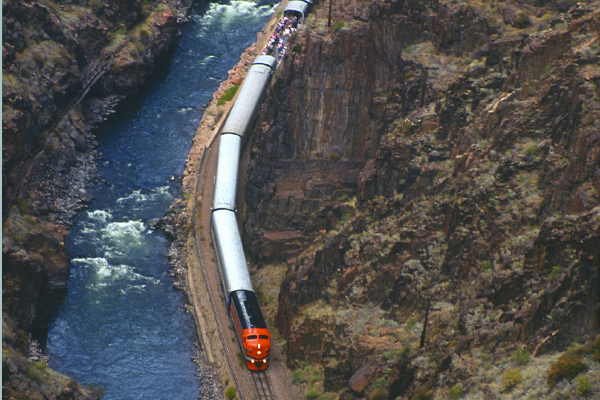 Doc Holliday first saw Denver in 1876. Although his reputation was made in Texas, Dodge City and certainly Tombstone, it was to Colorado that he headed when he wanted to put trouble behind him.

Born John Henry Holliday on August 14, 1851, in Griffin, Georgia, he graduated from Pennsylvania College of Dental Surgery in 1872, after which he practiced dentistry in Atlanta and then Griffin. But when a nagging cough was diagnosed as tuberculosis, he quit Georgia and headed to Texas, where he knocked around Dallas and Dennison, practicing dentistry, gambling and, on occasion, pulling his gun, which led to a charge against him of “assault to murder.” When acquitted, Doc stopped off in Fort Griffin in 1875, but another scrape with the law had him moving once more.

Then he became a tumbleweed, rolling to gambling halls in Cheyenne, Wyoming, and Deadwood, South Dakota. Under the alias Tom Mackey (McKee, McKey), he dealt cards in Denver, Colorado, during the summer and fall of 1876. When he returned to Fort Griffin, he hooked up with Kate Haroney/Elder, a 26-year-old prostitute with a prominent nose. His on-again, off-again lifelong companion, Kate helped him escape from one potentially deadly situation in Fort Griffin and would nurse him during the last days of his life.

The two were in Dodge City, Kansas, by early 1878, where Doc played cards by night at the Dodge House, practiced dentistry by day and developed a strong friendship with Wyatt Earp, the assistant marshal. As Earp later related: “I am a friend of Doc Holliday because when I was city marshal of Dodge City, Kansas, he came to my rescue and saved my life when I was surrounded by desperadoes.”

In late 1878, Doc, ailing from his tuberculosis, took the Santa Fe Trail out of Dodge City, intending to relocate in Las Vegas, New Mexico, in hopes the dry climate would help him recover his health. He stopped for about a week in Trinidad, Colorado, and then continued to Las Vegas, where he built a saloon. But when he learned that Wyatt Earp was headed to Tombstone, Arizona, Doc pulled stakes and followed him, eventually aiding Wyatt and his brothers Morgan and Virgil in the October 26, 1881, shoot-out near Tombstone’s O.K. Corral, which left Billy Clanton and Frank and Tom McLaury dead, and both Morgan and Virgil wounded.

There were charges, acquittals, more killings and further charges during the months following the O.K. Corral shoot-out before Doc and Wyatt arrived separately in Colorado. In early May 1882, Doc reached Pueblo, which is where I picked up his trail. Doc didn’t spend a lot of time here, but he did rely on his skill as a card dealer while in the city. The Arkansas River runs through Pueblo, and the Historic Riverwalk Park is a good place to stroll on a warm afternoon or cool evening, and to do some shopping.

From Pueblo, Doc went briefly to Denver. Unlike his earlier visit there in 1876, he did not deal any cards this trip. Instead, on May 14 (some sources report May 15), he was arrested near the Daniels and Fisher’s Dry Goods and Carpet Shop on the southeast corner of 16th and Lawrence Streets for killing Frank Stilwell in Arizona. (Stilwell had been one of the suspected assassins
of Morgan Earp.) Attempts to extradite Doc to Arizona were in full force, but after two weeks in the slammer, he was released, thanks to Trinidad Marshal Bat Masterson, whom he had known in Dodge City and Tombstone. Masterson concocted a charge that Doc had operated a “confidence game,” sending Doc back to Pueblo to face the charge.

After a court appearance and release on bail in Pueblo, Doc turned west, and I stick to his general route by taking U.S. Highway 50, following the Arkansas River past Royal Gorge, where gunmen in 1878 fought a war over construction of the railroad line that would serve the mining region and the lucrative town of Leadville. After a stop at Royal Gorge to view the 1,053-foot deep ravine, I continue west to Gunnison, where Doc arrived on June 16, 1882, to visit the Earps. An interview with him appeared in the local paper two days later. On July 7, Doc backtracked to Salida (on U.S. 50).

Gunnison today is surrounded by ranch land and wilderness and recreation areas where horseback riding, backpacking, fishing and boating are the biggest draws. Salida, meanwhile, is a good base from which to explore some of Colorado’s most beautiful mountains—the Collegiate Peaks. There are also nearby hot springs where you can soak after a hard day on Doc’s trail.

Doc returned to Pueblo for a court hearing on July 11, 1882, but by July 18, he was in Leadville. (To travel from Salida to Leadville, head north on U.S. 285 toward Buena Vista and then continue north on U.S. 24). Doc’s whereabouts during July are important because they establish his alibi for the period surrounding July 14, when Johnny Ringo’s body was found in Arizona.

Located nearly two miles above sea level, Leadville is not the sort of place someone with tuberculosis would generally choose as a domicile. But Doc did. He got a job as a faro dealer at Cyrus “Cy” Allen’s Monarch Saloon at 320 Harrison Avenue, and then worked at Hyman’s Saloon at 316 Harrison Avenue. While working at Hyman’s, he lived in a room on the second floor. The Tabor Opera House was next door, and Doc spent some time playing poker across the street at the Board of Trade Saloon.

Doc’s tuberculosis was no longer in remission due to Leadville’s elevation and harsh winter climate. He contracted pneumonia several times in 1883 and 1884, drank heavily and used laudanum regularly (provided at no charge by druggist Jay Miller, who worked at an apothecary at the corner of Sixth and Harrison Streets). He practiced limited dentistry, did not carry a gun and stayed out of trouble until an enemy from Arizona days showed up: Johnny Tyler, a former resident of Tombstone who disliked Doc, was now living in Leadville.

Tyler must have shared his stories about Doc with William Allen, a former Leadville policeman, because on July 23, 1884, friends of Tyler and Allen entered the Hyman bar, taunted Doc with ribald comments and told him to pull his gun. The Leadville Daily Democrat reported the following day: “they insulted and humiliated him because they knew he could not retaliate.” The tension became violence on August 19 when Doc was unable to repay a $5 loan from Allen. In Hyman’s, Doc retrieved a hidden gun and shot with near deadly accuracy when Allen threatened with his own gun. Jailed, but released on bond posted by John G. Morgan and Samuel Houston, co-owners of the Board of Trade Saloon, Doc was acquitted after claiming self-defense. This would be the last time Doc faced a murder charge.

Doc may have left Leadville temporarily, but he was back there in the summer of 1885 before spending the winter in Denver, where the lower elevation (the difference of about a mile) improved his health. He spent his time gambling. Denver officials trumped up an arrest in August 1886. ?They never filed charges but forced him to leave Denver.

Doc returned to Leadville for the winter of 1886-87, but his health was on a steady decline. In the spring, he wrote Kate Elder, then living in Globe, Arizona, asking her to go with him to Glenwood Springs to take advantage of the mineral springs there.

From Leadville, there is more than one modern route to Glenwood Springs. In the summer and fall you can take U.S. 24 south to the junction with Colorado 82, then switchback your way over Independence Pass and travel through Aspen to Glenwood Springs. The Colorado 82 route is not open in winter but year-round, you can follow U.S. 24 north from Leadville to Interstate 70 just west of Vail, and then take I-70 west, traveling through Glenwood Canyon to the city where Doc spent his last days.

Doc arrived in Glenwood Springs in May 1887, and Kate joined him. His last job was caretaking at a local coal mine. He tried the “healing waters” of the mineral springs but soon took a room at the Hotel Glenwood on the northeast corner of Grand Avenue and Eighth Street. He worked dealing faro until he was too debilitated by his tuberculosis to hold the cards. Doc died in his room at the Hotel Glenwood on November 8, 1887, and his body was prepared for its burial in Linwood Cemetery in Glenwood Springs.

Candy Moulton has written Roadside History of Colorado, slated for release later this year by Mountain Press Publishing. She recommends dinner at the Fort.