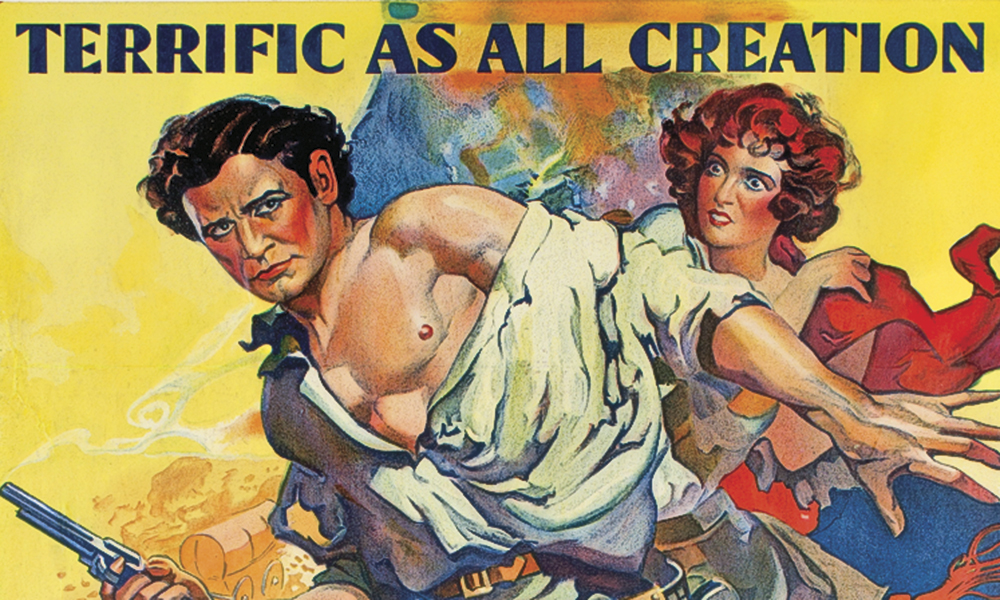 The Man Who Shot Liberty Valance was among the first.

Dr. Rennard Strickland found the movie poster for the 1962 John Ford classic, “Together for the First Time—James Stewart. John Wayne,” at the Tulsa Flea Market in Oklahoma some 40 years ago.

“I had been thinking about a PBS script I was going to write about the Old West, and this would help illustrate it,” he recalls.

He paid no more than $10 for the yellow-red-blue poster that was folded up on a
table, but the creases weren’t too bad.

He never did write the script, but today, the Rennard Strickland Collection of Western Film History is the preeminent Western and American Indian movie poster collection in the world—some 5,000 items appraised at nearly $6 million.

Opening June 20, the collection finds its new home at Western Spirit: Scottsdale’s Museum of the West, in a partnership with Arizona State University. Besides public display, through September 30, 2018, the posters will be used as a resource for ASU students.

“By the end, I filled my home and office, and three storage units,” says Dr. Strickland, an expert on Indian law who is senior scholar in residence at the University of Oklahoma College of Law in Norman. “For years, I had the poster from Heap Big Chief, with Harold Lloyd wearing glasses and a feathered headdress, behind my desk.”

The 1919 silent short comedy was meant for a laugh, but not all the depictions of American Indians in films were kind.  Strickland says he never turned away from a movie poster because it was racist or ugly.

“There was always a division in which both the savage and the Native-American-as-hero was on the screen,” he says. “To do a collection as a valid representation, you needed both.”

His most extravagant purchase—and his favorite poster—is of Cimarron, the 1931 movie based on Edna Ferber’s saga about a family building an empire in the American West. It won the Oscar for Best Picture—the only Western to win the top award until Dances With Wolves 59 years later.

“It’s my favorite because it is set among both my tribes in Oklahoma—the Osage and Cherokee,” Dr. Strickland admits. “And I paid $100,000 for it.”

Dr. Strickland sees a tremendous history displayed in the cardboard and paper posters distributed to movie houses around the nation. Everything from the first docudrama, 1922’s Nanook of the North, to 1939’s Stagecoach and 1924’s The Iron Horse.

The standard “one sheet” was 27 inches by 41 inches. Lobby cards were also sent to theaters—11-by-14-inch photos depicting various movie scenes.

For many in the collection, these posters are all that remain to attest these films ever existed. The films themselves have disappeared, along with everything else except these posters or lobby cards.

“This is a tremendous gift to the state of Arizona,” Spirit of the West’s Director Mike Fox says. “This collection could have gone anywhere. The Smithsonian wanted it very badly.”

Dr. Strickland says he hopes visitors come away with an appreciation for the Old West life: “I want them to feel that they’ve been cheated by living now.”