No Substitute for a Romping Good Story 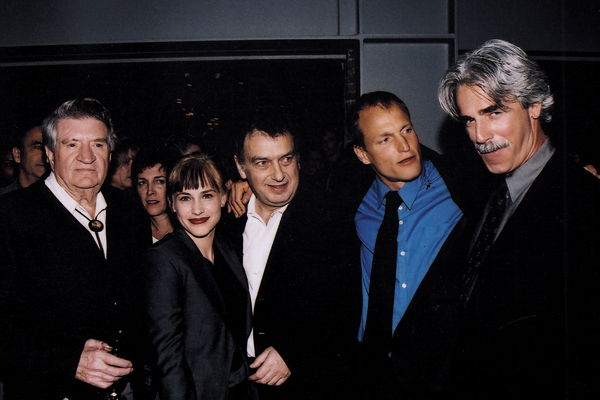 With his deep voice and lean hawklike look, Western novelist Matt Braun could be one of the Old West lawmen or cowboys that populate his novels.

Braun has Oklahoma ranch roots, and when he decided some 30 years ago to write a novel, there was little question it would be a Western.

Braun often seeks inspiration from his Oklahoma heritage. His favorite book, The Kincaids, chronicles the story of his home state from the days of the first land rush to the oil boomtowns. “I believe it is one of the most dramatic stories in American history,” Braun says. He won a Spur from Western Writers of America for the book in 1976.

Braun’s newest book, The Overlords, is a tale of greed set in 1920s Galveston, Texas, whereas his other books explore legendary Western outlaws and lawmen: Hickok and Cody, Noble Outlaw (about John Wesley Hardin), Deathwalk (about Ben Thompson) and Wyatt Earp.

Before he wrote books, Braun studied and worked as a journalist. “I found reporting the news to be mundane, repetitious, and boring,” Braun recalls. “I’d always wanted to write novels of the West, and in 1969, I holed up in a mountain cabin and gave myself a year to write a novel that would sell.”

“I discovered that journalism gave neither preparation nor skills for writing a novel,” he adds. “In 1971, after two years of on-the-job training and three very bad novels, my agent sold the fourth and fifth novels in the space of two weeks.” Even then, Braun’s career was not assured as he sold additional books.

“By 1974, with six books published, I had convinced myself that I was the Faulkner of the Western novel,” Braun says. “Then I got lucky. In 1975, I found a mentor by the name of Jerrold Mundis. . . . Mundis did me the great favor of editing every sentence of two books, after they had been published. Once you’ve seen your work—in book form—treated to the red pencil, you learn the true meaning of angst. It was a humbling experience.”

Braun launched himself into an “omnivorous reading course: classics, historical novels, mysteries and spy thrillers, and bestsellers.” He found that “literature” was not his strong suit. Instead, he liked to read a good story.

Though he says he’s “still learning,” there is no question Braun has achieved something most writers aspire to: 48 completed novels that have sold millions of copies and two that were made into TV movies: Black Fox was a six-hour CBS mini-series and One Last Town, became the TNT movie You Know My Name, starring Sam Elliott.

Braun grew up among the Cherokee and Osage tribes, and along the way, he developed an abiding respect for all Indians. The Indian philosophy that says each man has the right to walk his own path has become the foundation for Braun’s beliefs.

“My one imperative was to cast a spell with words. To capture the reader’s interest, to occasionally entrance him, and above all else, to entertain him. There is no substitute for a romping good story. In the end, that is what allows a writer to turn a labor-of-love into a career.”

Candy Moulton is a regular True West contributor, who reads and writes in a log house deep in the heart of ranch country near Encampment, Wyoming.