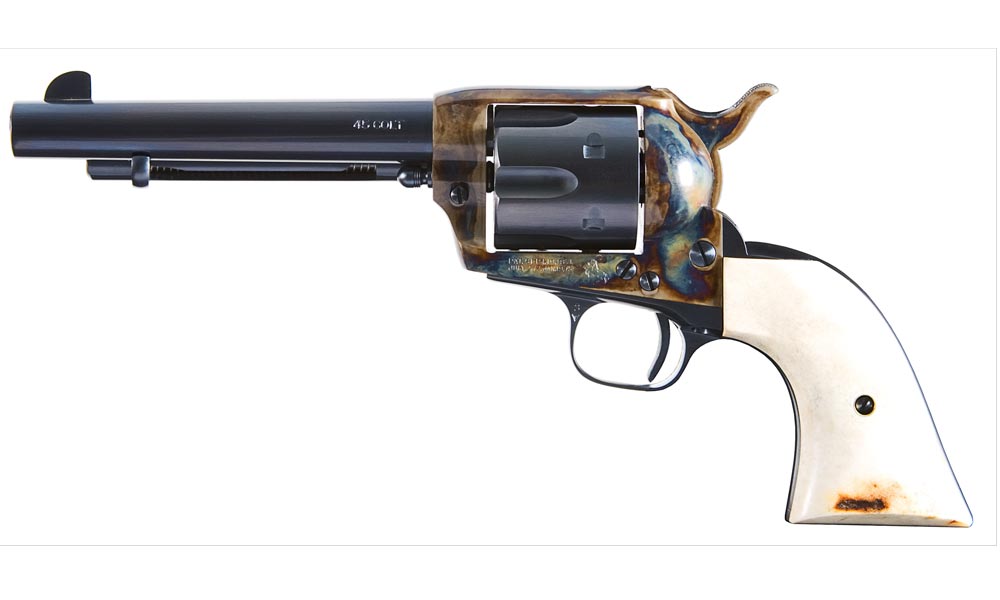 Myth is based on what we would like to believe while Legend takes the truth and enhances its meaning across the passage of time.

The West was a land of superlatives, towering mountains that were rich in gold, silver and copper; open spaces; land for the taking; it was a place where men and women could re-invent themselves or, as Bret Harte might have written, “they could get a fresh deal of the cards.”

The years following the Civil War symbolized, on one hand, hope, opportunity and freedom; on the other it was a lawless and violent era of range wars, greed for land and gold. It was the perfect environment for the creation of bigger than life good guys and bad.

Every country craves a heroic past. People love heroes and if they don’t have them have to make them up. The Old West didn’t have that problem; they had an abundance of the real deal and in that land of giants the one who stood head and shoulders above the rest in American psyche is the Gunfighter. They called him America’s rendition of King Arthur’s Knights of the Round Table.

Why are we so fascinated by these gunfighters? It’s been suggested that people get a vicarious thrill out of those who defy authority. They dare to do the things that others won’t.
The gunfighter’s instrument was his six-gun. This allowed him to be a force for good or evil. It manifests his strength and purpose, and like the cowboy without a horse, he was “no man at all” without it.

How did this “Wild West” happen in such a short time? It didn’t. It was a long time coming. The Chinese invented gunpowder in the 9th century. It was the first chemical explosion known.  But over the next 2,000 years there had no improvements on weaponry.  Then, in one generation along came: Sam Colt, Horace Smith and Dan Wesson, Oliver Winchester, Eli Remington, Christian Sharps, Christopher Spencer and B. Tyler Henry. And don’t forget John M. Browning. He was perhaps the most brilliant of them all. It was as if the chain of events over the next few decades was pre-ordained by the Almighty. We’re not just talking about revolving pistols here but rifles as well.

It began a few years earlier, in 1807 when Alexander Forsyth, a Scottish clergyman, discovered that a mix of fulminate of mercury and niter would explode when hit with a hammer. Then, in 1814, an American named Joshua Shaw put it in a small copper cap and the percussion cap was born. Over the next few years gun makers tried to make a repeater that would increase firepower. The first to invent a reliable revolving cylinder was Sam Colt.

But loading still involved a complicated process and the next milestone would be the self-contained cartridge where ball, powder and ignition were all rolled into one. Smith and Wesson patented one in 1859.

All this innovation took place just in time for the Civil War, the bloodiest in American history and it was in those post-Civil War years the six-shooter really came into its own.

Although many other makes were used, the Colt single-action six-shooter was the weapon of choice for most gunfighters.  In his hands it was both a tool of justice and destruction—“Judge Colt and His Jury of Six.”  The favorite was the Colt Single Action Army. You could purchase one through a mail-order catalog for just seventeen dollars. Fully loaded, it weighted just three pounds, had a 7 1/2 inch barrel, fired a .45 caliber bullet, was well-balanced, durable and had “more curves ‘en a dance hall girl.” It also packed a wallop—two hundred fifty-five grain bullets were propelled by 38 to 40 grains of black powder.

Gunfighters usually preferred the shorter 4 3/4 inch barrel. Lawmen sometimes sharpened the knife-blade front sight to “buffalo,” or “pistol whip” a lawbreaker. That was done by gripping the stock and frame and striking an adversary with the gun barrel.

When the Smith and Wesson patent expired in 1869, Colt began boring out the cylinders on their revolvers to handle the new metallic cartridges, while at the same time planning a new model.

In 1872, Colt patented an entirely new revolver. The cartridges were loaded and extracted from a side gate in the recoil shield and the ejector was housed alongside the barrel. It retained many of the characteristics of the old Colt but had an entirely new design.  The result was the handgun that is most associated with the winning of the West.  It was known by several names including, the Single-Action Army Revolver, New Army Metallic Cartridge Revolving Pistol, Single-Action Army, Single-Action Frontier, and Colt Army Revolver, Model 1873.  But it was best-known as the “Peacemaker.”

There was an old saying, “God Created Man, Sam Colt Made Them Equal.”

Before the advent of the revolving pistol fighting men engaged in mano a mano or hand to hand combat with knives and the big guy with long arms had a distinct advantage but Colt’s “equalizer” changed all that.

I’m not sure it really brought “peace” except for those whose tombstones were inscribed “Rest in Peace.”