When an auction is called the C.M. Russell Auction, you pretty much know who the main attraction is going to be. But at this year’s event, another Russell almost beat out the famed cowboy artist.

Charlie Russell’s painting, Judith Basin Cowboy, did hammer in for the auction high at $160,000. But trailing close behind was an oil painting by Russell Chatham. Part of a fixed-price sale, a new addition to the auction, Rain Sweeping Over Sweet Grass Basin sold for $140,000—a record price for the artist who is the grandson of California landscape painter Gottardo Piazzoni.

Our cowboy Russell rode the range before picking up his paintbrush; this Russell mainly earned his living as a sign painter and a carpenter. But since 1958, his artwork has been featured in approximately 400 one-man shows. You may also have seen his work grace the covers of novels by Jim Harrison (most known for his novella, Legends of the Fall). Or perhaps you know Chatham as a fly fisherman—he caught a world-record striped bass, weighing 36 pounds and six ounces, in 1966. He hooked the fish using an eight-inch black streamer in San Francisco Bay, an area he grew up in. Now Chatham lives on an old homestead, eight miles outside of Livingston, Montana. Those who live in Livingston get the best of both worlds: a delicious meal served under Chatham’s original paintings at his Livingston Bar & Grille, which celebrates its 10-year anniversary in 2006.

But now, a new owner will be transforming a blank space with the oil on canvas Chatham painted last year, portraying Sweet Grass Basin near Big Timber, Montana. The pristine landscape makes one imagine it could be the same tract of country Lewis and Clark saw during their travels through Montana 200 years ago.

The auction, held on March 16-19, in Great Falls, Montana, set another record with its closing sale of $2.2 million in bids.

Charles Russell wrote the letter at left on July 22, 1910, when Glacier Park and much of western Montana was on fire, with already 80 lives lost. In this letter, Russell states that “it rained here last night and I hope it will keep it up and it puts out those fires.” Despite the fires, he still hoped his friend Bob Benn and his wife would join Nancy and he at Bull Head Lodge in the summer. Unfortunately, the fires raged through August and the Benns stayed at home in Kalispell. Five years later, Bob was murdered during a robbery at his saloon in the Hotel Montana; $69,000.

An earlier letter written to Bob Benn (below), dated August 15, 1908, features a sketch of Charlie making a boat trip from Apgar to the dock at Bull Head Lodge, with a cargo of chickens the Benns had given him. This letter also encourages the Benns to come and visit. The Benns did visit that year, as did 22 other guests, according to the screen registers at Bull Head; $70,000.

Collectors interested in Russell’s letters should not be without Charles M. Russell, Word Painter: Letters 1887-1926, edited by Brian W. Dippie and published by the Amon Carter Museum. 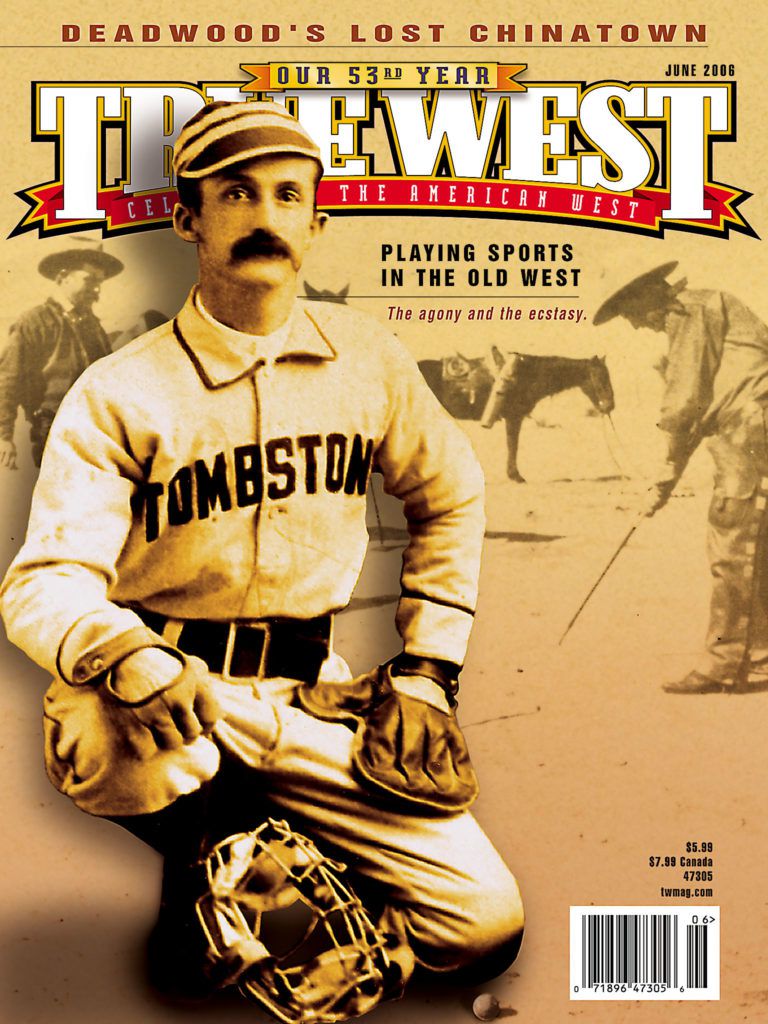