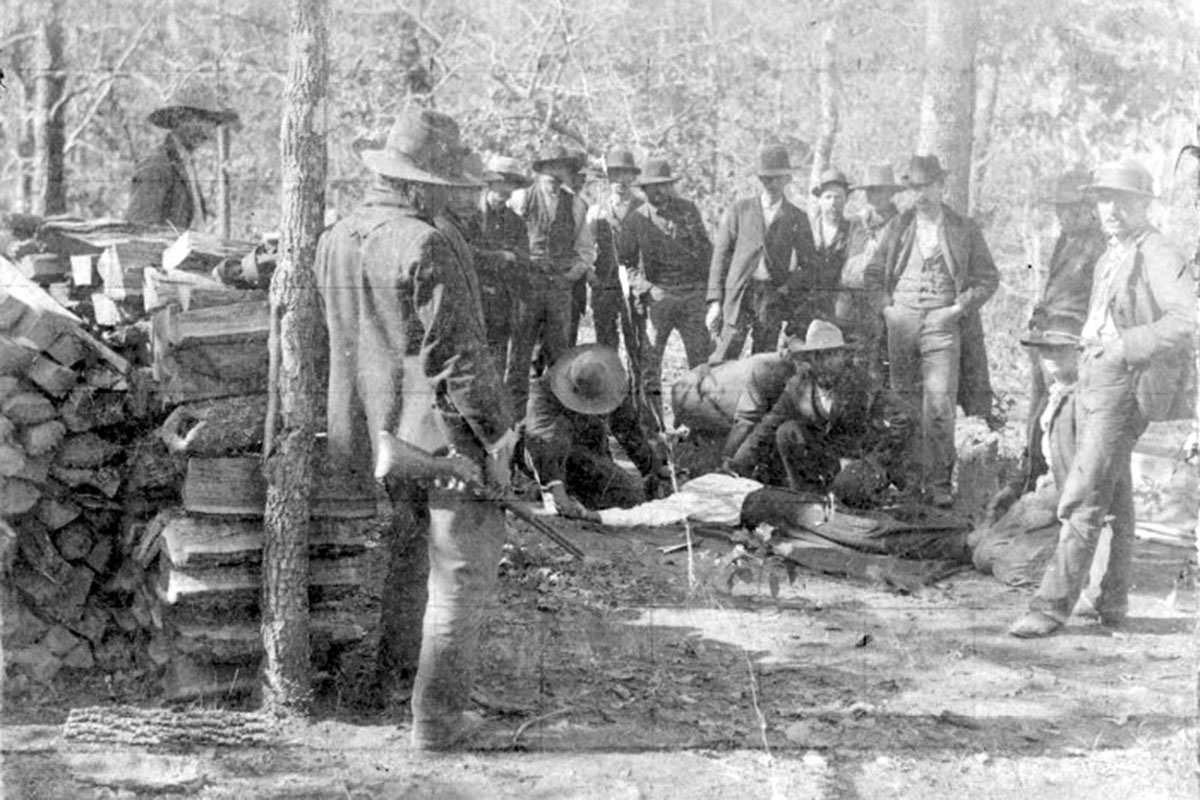 Silon Lewis was the last man executed for murder under Choctaw law. But the
November 4, 1894 execution didn’t go very well. The attending physician
determined—for no known reason—that Lewis’ heart was on the right side of his chest.

So the executioner shot the doomed man there, causing a painful wound to the lung.
Lewis suffered for 15 minutes as the Choctaw party waited for him to die. Finally, a
sheriff put him out of his misery by placing a handkerchief over his nose and mouth and
smothering Lewis.