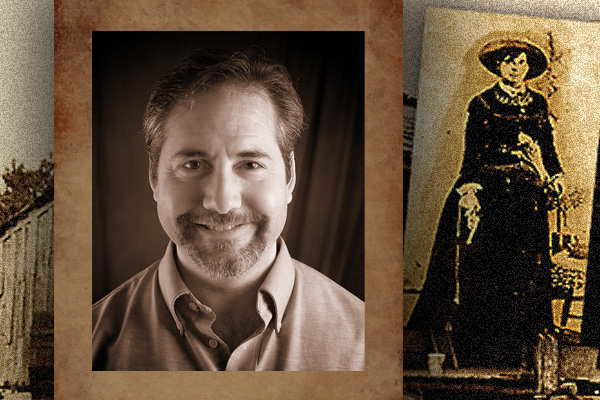 The most interesting territorial deputy U.S. marshal is a tie between Bass Reeves and Bill Tilghman. Reeves went from slave to lawman, spending a long, 32-year career with the marshals. Tilghman, although truly exceptional in his duties, never attained the appointed rank of U.S. marshal due to the politics of the era. He was, however, one of the first to chronicle his own career on film!

A great resource on territorial marshals is the University of Oklahoma’s Western History Collections. Its material on Tilghman is not available elsewhere. The National Archives is the official repository for federal records; the regional archives in Fort Worth, Texas, house the Indian Territory records.

The “newest” rediscovered deputy marshal added to our tally is Billy the Kid (as a special deputy U.S. marshal). New Mexico Territory’s U.S. Marshal John Sherman Jr. admitted the Kid was part of a civil posse seeking Jessie Evans in Lincoln in February 1878. In his letter, he did not name the Kid or Fred Waite, the other notable regulator in the posse, but you can piece their involvement through the correspondence. The Kid’s interaction with deputy U.S. marshals was one of the reasons I became so interested in the Lincoln County War.

The Lincoln County War has always fascinated me because deputy U.S. marshals were on both sides of the conflict.

A little-known marshal who deserves more recognition is Ed Reed, Belle Starr’s son. Both of his parents were outlaws, and he spent some time in prison as well. Then he reformed and became a deputy U.S. marshal. After some scrapes, Reed was killed in an altercation in December 1896.

Jessie Evans interests me because of his scarcity. Like other Lincoln County War participants, he inadvertently left behind clues that encourage investigation. For instance, he appears in a photo with a Texas Ranger, whose great-grandson is my friend Rick Parker (published in McCright and Powell’s book on Evans).

The museum project in Fort Smith is progressing well. The site is along the Arkansas River astride the Fort Smith National Historic Site. The view reminds Dick O’Connell, our former U.S. marshal for the Western District of Arkansas, of the deputies who frequently crossed the river into the Indian Territory.

The coolest Old West artifact I’ve collected, so far, is Zane Grey’s personal volume of the 1927 edition of Pat Garrett’s The Authentic Life of Billy the Kid.

My favorite Western movie is True Grit. Both versions are fantastic, but I like how the new version adheres to Charles Portis’s novel. 3:10 to Yuma is a close second. Liked both versions of that too!

Justified’s Marshal Raylan Givens carries the same time-tested quality of a frontier deputy—plenty of instinctive action. This formula has been a success for Elmore Leonard, who has been writing about U.S. marshals longer than I have been alive. By the way, Kentucky is a fitting setting for the show; we lost the second-largest number of our deputies in the line of duty while trying to bust illicit distilling in the Appalachian Mountains.

History has taught me that it not only can repeat itself, but also often adds to itself on the same subjects over time.

DAVID TURK, U.S. MARSHALS SERVICE HISTORIAN
The position of historian has existed in the U.S. Marshals Service only since 1984; David Turk is the second historian, in the job since 2001. He has worked for the service for nearly 23 years. Although a native of Washington D.C. who grew up in Virginia, Turk does have a genealogical tie to the American West. His great-grandfather lived in Gainesville, Texas, and he remembers his grandfather sharing tales of Indian Territory tribesmen. He’s currently writing a modern agency history, from 1940 to 2002, as a follow-up to The Lawmen: United States Marshals and Their Deputies, 1789-1989, written by former USMS Historian Frederick S. Calhoun.