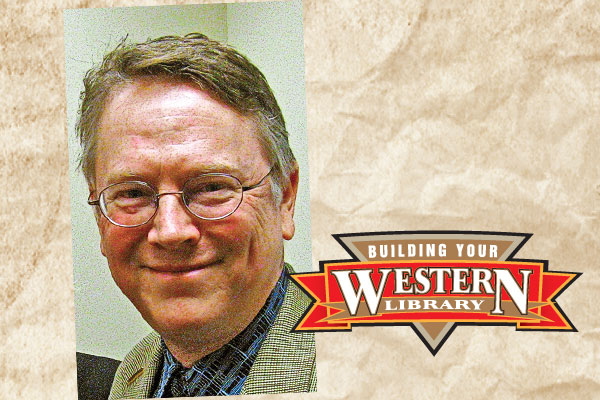 Paul Cool is an investigative historian, with the knowledge of a trained attorney and the experience to seek the truth in the details after more than three decades of public service in the Social Security Administration.

The son of an Air Force officer, he moved many times during his childhood, but Cool has always regarded the West as his home. A fan of the television show Wyatt Earp because it was based on a real historical character, he never forgave the network for canceling his favorite program. On a cross-country move from the West Coast to the East Coast via El Paso, Texas, he came across a story about a little-known conflict, the El Paso Salt War of 1877. The border battle struck him as he settled into his new work near the National Archives. The result was his first book, Salt Warriors: Insurgency on the Rio Grande (Texas A&M University Press). Currently working on his second book, Cool recommends these five books on conflict, greed and corruption on the Western frontier:

1. No Duty to Retreat: Violence and Values in American History and Society (Richard Maxwell Brown, Oxford University Press): Brown examines the place of “incorporation” and “resistance” gunfighters in the long “Western Civil War of Incorporation,” pitting capitalists and their government allies against settlers hanging on to their smaller rural holdings.

2. A Cowboy Detective: A True Story of Twenty-two Years with a World-Famous Detective Agency (Charles Siringo, Kessinger): Siringo recounts his decades of tracking bandits and killers with the Pinkertons. As an undercover miners’ union officer, Siringo walked a tightrope feeding information to mine owners during the 1892 Coeur d’Alene strike. He claims the aggrieved miners were anarchists.

4. Wyatt Earp: The Life Behind the Legend (Casey Tefertiller, Wiley): Tefertiller offers the best discussion of the support provided by San Francisco moneymen, nervous about stagecoach robberies and murders, to Earp’s hardened and ultimately murderous posses.