A native of northeastern Ohio, Heath’s interest in Trans-Appalachian history began at an early age as he learned about his family’s pioneer history in the Buckeye state. After earning his M.A. and Ph.D. from Case Western University, the Ohioan began teaching in 1967. With over 100 poems published he first considered himself a poet. In the 1980s, he began writing novels, including Blacksnake’s Path: The True Adventures of William Wells.
About the biography of Wells, Heath says, “I tried to combine my writing skills as a poet and novelist with my training in history.” Without a doubt, he succeeded.

His next book is Conversations with Robert Stone (University of Mississippi Press),
a collection of his interviews with the major American novelist, best known perhaps for Dog Soldiers.

Heath and his wife, Roser Caminals-Heath, a Catalan novelist, live in Frederick, Maryland. He highly recommends these five outstanding history books on the Trans-Appalachian West/Old Northwest: 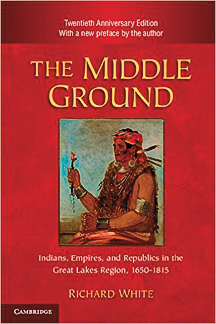 1. The Middle Ground: Indians, Empires and Republics in the Great Lakes Region, 1650-1815 (Richard White, Cambridge University Press): Still the best overview of the period, White traces how the French, English and Americans interacted with Indians in the Great Lakes Region from 1650 to 1815, moving from mutual respect (“the middle ground”) to mutual contempt over the years.

2. Into the American Woods: Negotiators on the Pennsylvania Frontier (James H. Merrell, W.W. Norton): For Pennsylvania
frontier history, I recommend Merrell’s ground- breaking research Into the American Woods, which earned the Vassar College professor his second Bancroft Prize from Columbia University in 2000. He pays particular attention to those men who were able to go between and negotiate between whites and Indians, albeit often with tragic results. 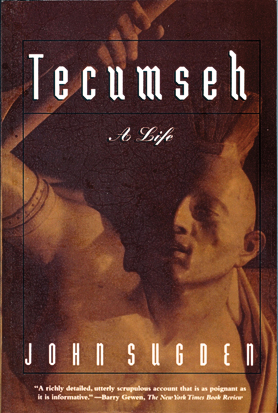 3. Tecumseh: A Life (John Sugden, Henry Holt): Sugden’s biography of the legendary Shawnee leader is impressively researched; among the host of books on Tecumseh his is usually the most reliable, although I differ with his evaluation of William Wells. 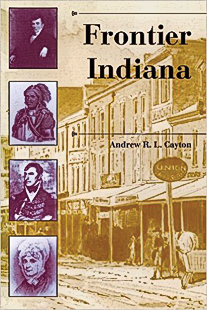 4. Frontier Indiana: A History of the Trans-Appalachian Frontier (Drew Cayton, Indiana University Press): In the late Drew Cayton’s best book, he makes a conscientious effort to look at the period from multiple perspectives, whites and Indians, men and women, and its interpretations are always sensible. 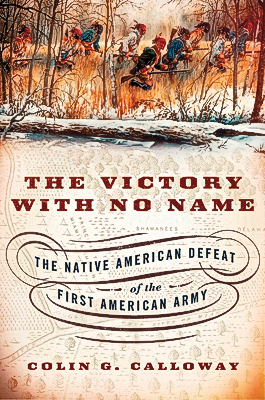 5. The Victory With No Name: The Native American Defeat of the First American Army (Colin Calloway, Oxford University Press): Calloway’s most recent work is a detailed account of St. Clair’s Defeat of 1791, the biggest victory the Indians ever won against the U. S. Army, whose losses were about three times as great as Custer’s Last Stand.