Puttin’ the Hirt on Your Head 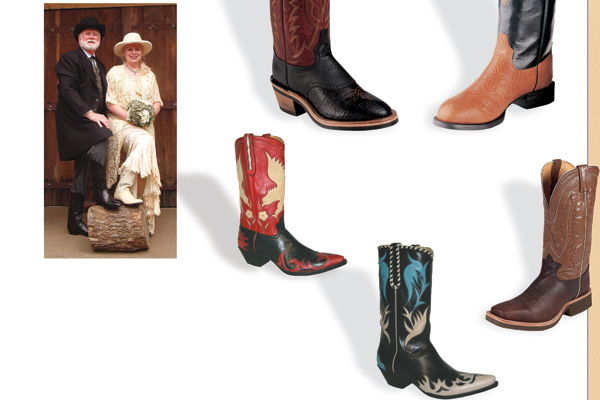 Tom Hirt is one of the most respected makers of cowboy hats today—with good reason.

You won’t find any cookie-cutter-type headware at his home/shop/showroom in Penrose, Colorado. You won’t find any modern machinery either—unless you count the 1920s-era Singer sewing machine. No flange. No binding machine. No automated finisher. Heck, he doesn’t even use a conformiter to measure customers in person. A tape measure suits him. He also has an “at home” method that customers can use to get an exact fit.

He makes hats the way they were made at the turn of the 20th century, and does everything himself. This is a one-man shop.

A cowboy-turned-movie double, Hirt found his hatmaking niche when an actors’ strike left him out of work, and he wound up working for the late Art Henderson in Colorado Springs in 1979.

“He was very old-fashioned, and he taught me the way to make a hat the way they were made around the turn of the century,” Hirt recalls. “No modern equipment at all in the shop, so I learned techniques that were [almost] lost and I learned the styles from long ago because that’s what he knew.”

When Henderson retired, he sold his business to Hirt, who carries on the legacy of old-fashioned hatmakers.

“You go into a Western store today, and really there’s not that much individuality to the hats,” Hirt says. “They are all stamped out of the same mold and they all want to represent some Country Western singer. That’s great, people wearing hats, and I’ll be glad to do those for anybody who wants one. But it’s really nice when somebody comes in and says I want a hat like Gary Cooper wore in The Westerner.”

Hirt’s hats turned heads. He outfitted Riders of the Sky, Charlie Daniels, even President Ronald Reagan, and his reputation grew so much that Sam Elliott asked Hirt to make the hats for the 1991 TNT Western Conagher. Hirt followed that up as hatmaker for Tombstone, The Quick and the Dead, Rough Riders, Gunfighter’s Moon, You Know My Name and Johnson County War. In addition, he is making hats for the characters in ABC’s six-hour miniseries Little House on the Prairie.

The movie business is fun, but Hirt’s priority remains making authentic, well-fitting cowboy hats. And you don’t have to be Kurt Russell or Sharon Stone to wear ’em.

“Even on a modern hat, I still like to put on accents and trim that are more representative of long ago,” Hirt says. “When I put bindings on a hat, I like to use a narrow binding even to give an old-fashioned taste to a new hat, even though wide bindings were used long ago.”

“Gee,” he says with a laugh. “I’m hoping that I do an article for an Old West magazine and it brings me in a bunch of money. I’m hoping that some movie producer sees it and says, ‘I need that guy for my next movie.’”