The Gipper’s Boots and Saddles 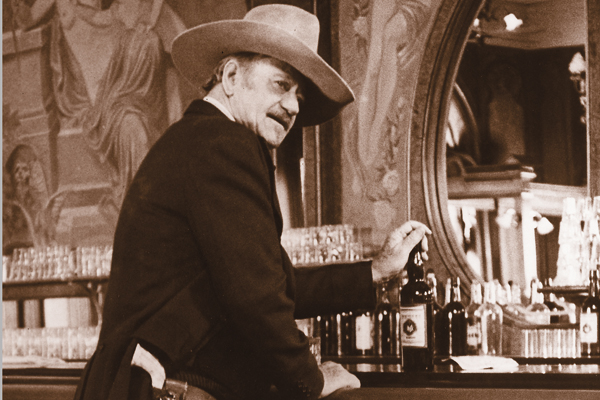 Reagan’s cavalry days have inspired the finest display of its kind that this military buff has ever viewed. “Lieutenant Ronald Reagan and the U.S. Cavalry: History and Hollywood”—the latest exhibit at the Ronald Reagan Presidential Library & Foundation in Simi Valley, California—covers the history of the American horse soldier with a colorful display of uniforms, weaponry, saddlery and other equipment pertaining to the mounted service—both real and the Hollywood film version.

One room in the library’s Mary Jane Wick Gallery is devoted to the troopers. In it are found lifelike mannequins (including several horses), which are decorated with both original and authentically reproduced gear.

The foaling of the U.S. Cavalry in 1833 and the formation of the U.S. Dragoons, who guarded our early frontier, introduce the American horse soldier. The exhibit continues through the Civil War era, the Indian Wars campaigns of the late 19th century, the Spanish American War of 1898, the Punitive Expedition into Mexico in 1916, up through WWI and finally into the 1930-1940s, with the end of the horse service and the introduction of mechanized cavalry.

Another room displays an outstanding collection of motion picture costumes used in Hollywood depictions of the mounted arm. The cavalry-themed outfits include John Wayne’s uniform from She Wore A Yellow Ribbon, along with the costumes of his costars Victor McLaglen and Joanne Dru. Also on display are costumes worn by Charlton Heston (Major Dundee), Kevin Costner (Dances With Wolves), Tom Berenger (Rough Riders) and, of course, Ronald Reagan’s uniform from Santa Fe Trail, to name a few. The actor, who went on active duty as a lieutenant after the Japanese attack of Pearl Harbor in 1941, was granted a transfer to appear in the movie, filmed in Burbank, California, in 1943.

Based on John P. Langellier’s forthcoming book, Charge: The U.S. Cavalry History and Hollywood, this first-class exhibit was designed by Reagan Library and Museum Curator Thomas Thomas and Exhibits Specialist Rob Zucca, who also loaned over half of the objects on display. Western Costume Company’s Kurt Hamilton Cox was the guest curator for the Hollywood section. The rest of the items come from over a dozen private and public collections throughout the U.S., including those housed at the U.S. Cavalry Museum in Fort Riley, Kansas, and the Museum of the Horse Soldier in Tucson, Arizona.

This quality exhibit is open through early 2006. If you find yourself in southern California, you won’t want to miss this one. Garry Owen!