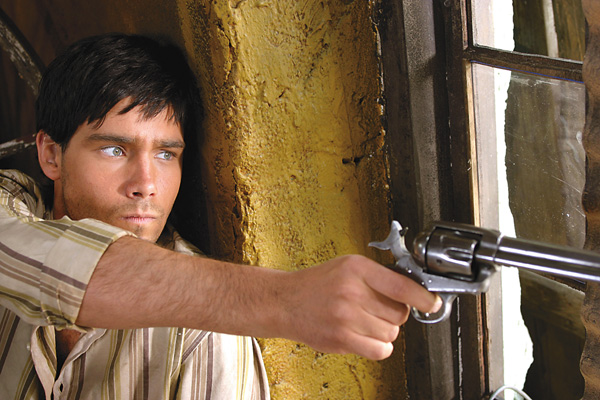 Look out Western fans. Butch Cassidy and the Sundance Kid are riding back into motion pictures.

NBC—in association with Viacom and Once Upon A Time Films—led by producers Stan Brooks and Greg Gugliotta and writer John Fasano (Tombstone) is presenting The Legend of Butch and Sundance for prime time television this fall.

“This project, from its inception, took on a life of its own,” said Greg Gugliotta. Although Gugliotta and Fasano had never worked together before, when Gugliotta floated the idea of a Butch and Sundance telefilm by John Fasano, the writer jumped at the chance to pen an “end of an era” story about the last of the outlaw breed.

“The initial idea for the Butch and Sundance project came from some reading that I had done a couple of years ago,” Fasano said. “I had read two books about Butch, one by his sister who claimed that he and Sundance had faked their deaths in Bolivia and had lived out their lives in the Pacific Northwest until the 1930s, and another that claimed that they had died in Bolivia after the shoot-out [in 1908]. I took that contradiction and thought, ‘What a great film that would make.’”

Gugliotta shared Fasano’s belief, so the task of writing a new chapter for the outlaws began.

“The appeal of Butch and Sundance,” Fasano added, “is the endless supply of legends about the pair. Their trail apparently stretches from Canada down to Bolivia, with various stops in between either for thievery or honest work.”

The film is based on the historical accounts of the famous duo, and it opens with the creation of the Hole-in-the-Wall Gang, Butch and Sundance’s robberies and their apparent deaths. Fasano then builds on the premise that the pair lived until the 1930s, and that they were the last of the old-time outlaws.

“Sundance, I depict as a true man of the Old West,” Fasano continued, “and Butch as the progressive thinker. This difference opens the door to many potential conflicts, and at the same time, allows the depth of their friendship to shine through. I also added Etta [Ethel] Place as a main character into the mix, completing the romantic triangle. I wanted to steer clear of the ‘Remake’ tag. This is not a remake of the 1969 film. This film focuses on the early days of the duo, their meeting and subsequent friendship and their [mis]adventures throughout the film.

“As a production team, Greg, myself, the actors, and [Director] Sergio Gezzan strove for historical accuracy. As much as possible, we incorporated elements of ‘real’ history into the film. Serious Western film buffs will not have seen a film like this on TV before. After having done Tombstone, all I can say is that The Legend of Butch and Sundance is going to be as good, if not better,” Fasano concluded.

“The challenge of Legend for me,” said David Rogers, who plays Butch Cassidy, “was to convey the spirit of Butch and Sundance while preserving as much of the history as possible. We practiced gun handling with 100-year-old guns, we used turn-of-the-century saddle gear, and we, for all purposes, we lived in the late 1890s. I was five years old when I last played cowboy this seriously.”

“It’s funny,” Ryan Browning said, “six months before I got the role as Sundance, I told a friend that it was time the story of Butch and Sundance was told again. And boom, here I am, telling the story. I felt real comfortable as Sundance. There is more of Sundance in me than I care to admit sometimes. Not much [is] known about this time period, and I enjoyed exploring the end of the frontier era with John, and the rest of my costars. The whole experience was amazing and I think the finished product will blow people away.”

One of the strong points in The Legend of Butch and Sundance is the relationship between Butch, Sundance and Etta. Rachelle Lefevre portrays Etta Place as a strong, independent young lady. “She had to be, to be constantly on the run, and yet stay with two outlaws. David, Ryan and I had fun on and off the set. We really became Butch, Etta and Sundance,” Lefevre told True West.

Greg Gugliotta is optimistic about the performance of the movie. “Should the movie go to series, the concept would include ‘kisses with history.’ Butch, Sundance and Etta will be on the run from someone or another, and as a result, will have to keep their identities hidden. Along the way, they will be able to encounter famous Americans from the turn of the century such as Teddy Roosevelt, the Rough Riders and even the Wright Brothers.”

He adds, “It’s time for a good, sexy Western. I, along with John and the rest of the production crew, and hopefully the network, believe that audiences are ready for a good Western series. There is some romance, some history, and enough action in The Legend of Butch & Sundance to keep everyone’s interest.”

One word from NBC, and these folks are ready to strap on holsters, saddle up the horses and ‘play cowboy’ for many years to come. 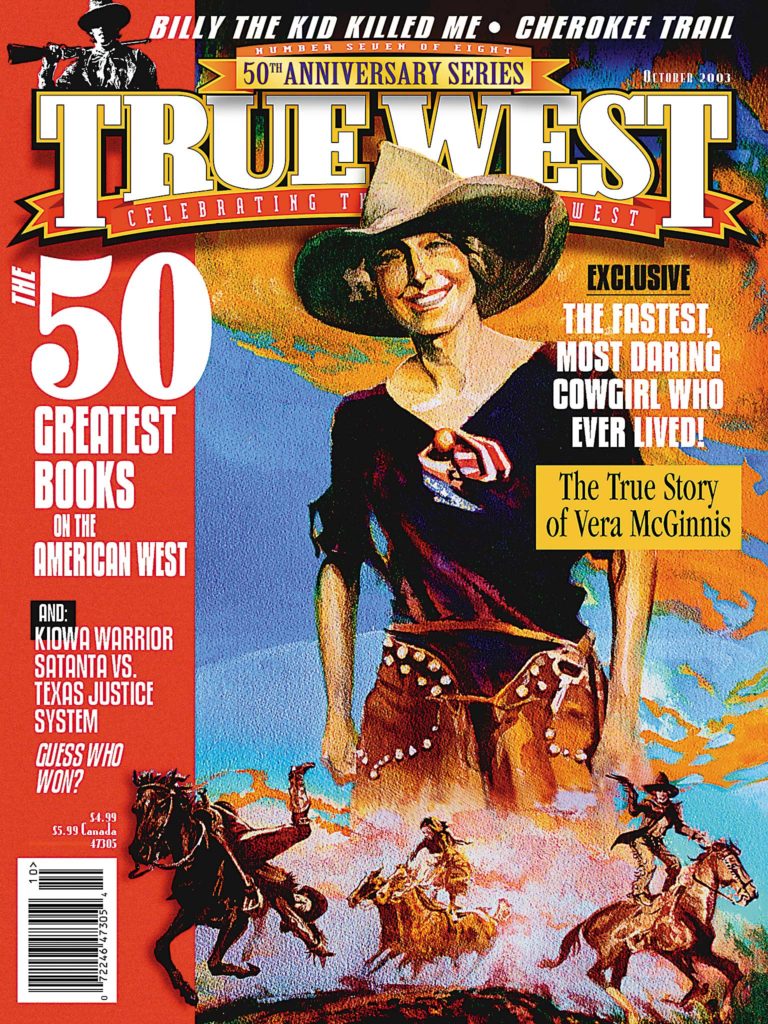