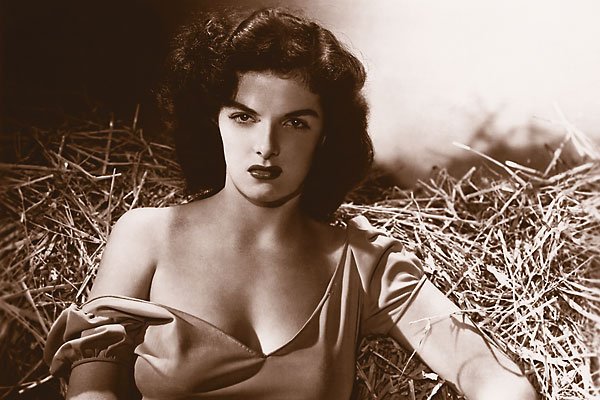 Last year, a line was drawn in the sane when, as part of their annual summer convention, the Western Writers of America (WWA) decided that they would make a list of 100 Greatest Western Movies of All Time.

Each one of the 600-plus members was asked to choose their 10 favorite pictures, and the votes were then tabulated at the WWA offices in New Mexico.

The list was announced in June 2008. For weeks the Internet was lit up as bloggers and e-mailers and message board posters took a crack at the list; it was one big electronic saloon brawl for folks who take their Oaters to heart.

One thing, though, that was particularly interesting about the list was the variety of the choices the members made; it was nothing if not eclectic. Their picks included silent pictures going back to the beginning (1903’s The Great Train Robbery, at number 100) and movies that were less than a year old (2007’s No Country For Old Men, at number 79).

Much of the list featured contemporary Westerns, including The Last Picture Show (1971) at number 45, Hud (1963) at number 29, The Misfits (1961) at number 78, Thunderheart (1992) at number 66 and Lonely Are the Brave (1962) at number 27. But when you consider that the WWA is a group of writers, it’s not all that surprising that works by authors Larry McMurtry and Edward Abbey (deservedly) made the cut.

They also tossed in a couple of left-field films like The Last of the Mohicans (1992), at number 44, which takes place in the East about a century before the West as we think of it happened. It’s true, though, that Last of the Mohicans feels a bit more like a Western than, say, Gone With the Wind (1939), which didn’t even scratch the list.

The truth is, parsing genre particulars can be fun, in an academic exercise sort-of way, but it’s always going to be ultimately frustrating. The WWA placed 1940’s The Grapes of Wrath at number 46 on the list.
A great movie, a John Ford movie, a movie that follows a family from Oklahoma to California, which is the West, undeniably, but it’s a Depression-era film. A certain floodgate needs looking after. Given the criteria of a film taking place in the West, they could have just as easily added the Lucy-Desi movie The Long, Long Trailer (1953).

The fact is, when a group with the authority of the WWA expands genre boundaries in this way, it’s a bit liberating, but it’s also a little dizzying. The downside is that some more traditional Westerns might lose a deserved place on a list that open. These Westerns are more tightly bound by the traditional conventions, defined in great part by the pre- and post-Civil War West decades, the movies that consist of wagon trains and cattle drives, of Indian wars, dance hall girls, gangs of rustlers, stage and train robbers, lantern-jawed heroes and snake-eyed desperados.

All that aside, it’s interesting that the WWA seems to be, on the one hand, bringing in a few relatively recent movies at the top of the list, while at the same time, holding a few stale chestnuts in venerated positions. I’d be the first to applaud the elevated status of Tombstone (1993) at number 8, Dances With Wolves (1990) at number 5 and Open Range (2003) at number 10, but I might be more comfortable finding them a little farther down the line.

I am starting to notice that William Wellman’s absolutely fantastic Westward the Women (1951), which is nowhere to be found on the list, is gaining in critical (and personal) favor over his more famous and vastly overrated The Ox-Bow Incident (1943) at number 25, a movie that becomes ever less bearable from one year to the next.

In fact, I can’t find a single movie here that features either Billy the Kid or Jesse James—whoops! there’s Young Guns (1988) at number 73—I guess that counts. But I’m wondering, is Young Guns really better than One-Eyed Jacks (1961) or Pat Garrett and Billy the Kid?

I guess it’s a matter of taste, but for my money I’d rather see The Outlaw (1943) with Jack Buetel as Billy than Emilio Estevez. I confess that I think The Outlaw is one of the weirdest and most woozily entertaining Westerns ever made, and I’d pass up a half dozen Duel in the Sun’s (1946, at number 42) for any five minutes of Walter Huston as Doc Holliday.

As for Jesse James, this is an issue, because I think Philip Kaufman’s The Great Northfield Minnesota Raid (1972), The Assassination of Jesse James by the Coward Robert Ford (2007) and Ang Lee’s Ride With the Devil (1999), a Jesse James picture in all but name, are all better than maybe 25 percent of the movies in the top 100.

I’m sure many others would argue in favor of Fritz Lang’s The Return of Frank James (1940), starring Henry Fonda, not to mention Lang’s Rancho Notorious (1952), starring Marlene Dietrich.

I also think that Sam Fuller’s I Shot Jesse James (1949) and Arthur Hilton’s The Return of Jesse James (1950), both starring John Ireland, belong, if not in the first 100, then high up in the second.

Those films open the door to a greater consideration of the vast number of really solid B-Westerns like Charles Marquis Warren’s Little Big Horn (1951), some of the other Budd Boetticher-Burt Kennedy-Randolph Scott pictures, particularly Comanche Station (1960) and Ride Lonesome (1959), and a couple of terrific Joel McCrea movies, both directed by Jacques Tourneur: Stars In My Crown (1950) and Stranger On Horseback (1955).

I can pass up Alias Jesse James (1959), starring Bob Hope, but where’s Son of Paleface (1952), one of Hope’s best and one of the funniest Western comedies?

Speaking of comedies, who would deny a place among the top 100 for City Slickers (1991)?

I don’t know if it qualifies as a comedy exactly, since it’s really some kind of a genre-hopping Adventure, Western, Comedy, Science Fiction movie, and maybe it isn’t a top 100 Western, but Back to the Future 3 (1990) is at least as good as several of the pictures in the list.

It seems to me that the two Western subgenres that are close to absent in the list are Singing Cowboy pictures, of which there are none, and Spaghetti Westerns, of which there are only two. In the case of Autry, Rogers and the others, I admit that I can name only a few decent movies in the bunch. But of the Roy Rogers movies, I can single out The Golden Stallion (1949), which director Quentin Tarantino considers a work of real art; he will gleefully drill a hole in your skull to tell you why that is. I’d also recommend The Cowboy and the Indians (1949), a late Gene Autry movie about the mistreatment of Indians, starring Jay Silverheels as an honored veteran of Iwo Jima and Clayton Moore as a villain. It also features Autry singing “Here Comes Santa Claus.”

Speaking of Indians, Dances With Wolves and Thunderheart are fine, but I would also recommend placing the movie Massacre (1934) in anybody’s top 100. The picture stars Richard Barthelmess as an estranged Sioux Indian, Chief Joe Thunderhorse, who performs in a Wild West show, but who lives the life of a Manhattan sophisticate. Thunderhorse is reluctantly summoned back to the reservation to visit his dying father and discovers how the government is treating his people. I think you could drop this 20th-century picture in the place of the 19th-century Sioux flick A Man Called Horse (1970) at number 68. (By the way, I think Don Siegel’s Flaming Star [1960], starring Elvis Presley as a half-breed Kiowa, is a better film than many on the list.)

Another underappreciated picture from the mid-1930s is The Last Outlaw (1936), starring Harry Carey Sr. Had John Ford directed the film, which he co-authored, it would have been his final collaboration with Harry Carey Sr., who was his first star, long before Marion Morrison became John Wayne. The story of an Old West outlaw who is newly released from prison, this gentle comedy is the perfect mid-30s Western, as it mocks the then-current two-fisted cowhunk action figure of the silver screen. Carey is wonderful, and this film would make an interesting counterpart to Ford’s elegiac The Man Who Shot Liberty Valance (1962) at number 17.

In regards to John Ford, I can understand why the WWA might have stopped short of adding Wagonmaster (1950) to the John Ford Westerns in their list. It always seems unfair for Ford to command so big a seat at the banquet, since there are other directors deserving recognition, but the picture is too good to be ignored.

Coming back to Spaghetti Westerns, any student of those movies can point to dozens of examples of absolutely first rank Oaters coming out of Italy in the 1960s and 1970s, and can likewise testify that while Sergio Leone was the top banana in the bunch, other directors did work that was every bit as good, and sometimes better. The Great Silence (1967) and The Big Gundown (1966) are two examples.

A couple of Westerns made in the revisionist 1970s, The Missouri Breaks (1976), starring Jack Nicholson and Marlon Brando, and Robert Benton’s Bad Company (1972), are top shelf pictures, and they get better with each viewing. Maybe the next round of voting will throw these into the mix.

As long as we’re allowed to cite modern-era Westerns, I would at least put into consideration John Sayles’s Lone Star (1996), Coogan’s Bluff (1968), starring Clint Eastwood and directed by Don Siegel, and The Three Burials of Melquiades Estrada (2005), directed by and starring Tommy Lee Jones.

And to overlook the recent Australian Western, The Proposition (2005), which comes close in spirit to Cormac McCarthy’s stunning novel Blood Meridian, is nearly criminal.

Many other pictures deserve at least a leaping chance at the big ring, Station West (1948), starring Dick Powell, is a great Western/Detective hybrid. The Lusty Men (1952), Nicholas Ray’s rodeo movie with Robert Mitchum, is smart and adult. Anthony Mann’s brutal Border Incident (1949) is a modern-era Western Noir that stands alone in many respects.

Speaking of Mann, his The Furies (1950), starring Barbara Stanwyck and Walter Huston, may be nearly impossible to get a conceptual handle on, but it’s no less fascinating for all that. I also think William Wellman’s Track of the Cat (1954) has its defenders. And I wouldn’t mind seeing John Wayne’s McLintock! (1963) given another look—as broad as it is in parts, it’s a better picture than either The Alamo (1960) at number 34 or Chisum (1970) at number 71.

The WWA has announced that this year’s convention—held in Oklahoma City, Oklahoma, on June 16-20—will try to do for TV series, miniseries and made-for-TV movies what it did in 2008 for motion pictures. It strikes me as a pretty daunting exercise and, if I’m not mistaken, they plan on judging each category individually, which is the only sane path. It’ll be tough enough to pick a favorite between, say, Have Gun, Will Travel (1957) and Deadwood (2004), much less throwing Lonesome Dove (1989) into the mix. Although, come to think of it, there was a Lonesome Dove miniseries as well as a regular series, wasn’t there? Of course, a number of TV movies also reprised characters from original series, like the many Gunsmoke (1955) one-offs.

I can promise this, if the reaction to the movie list was heated, the TV one will be positively nuclear. 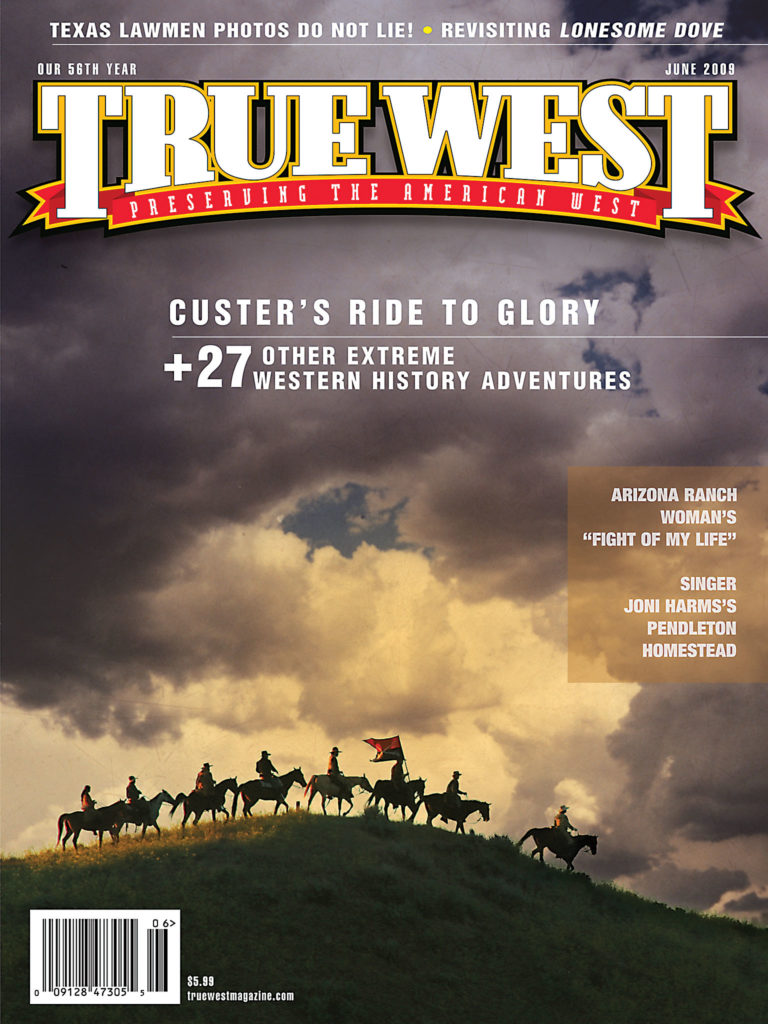