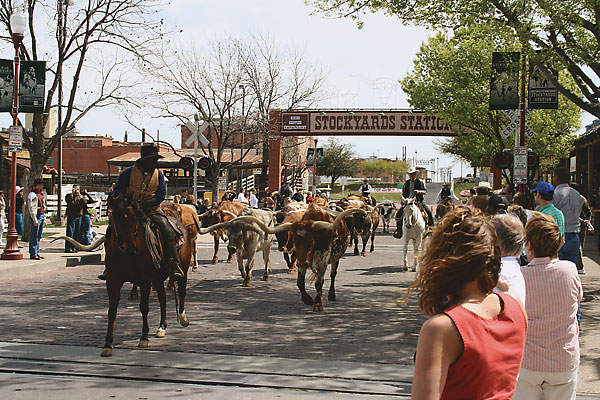 Two decades ago, my fellow reporters and I were sitting in the Dallas Times Herald offices–or maybe we were in a sleazy bar near the newsroom–debating the casting of the forthcoming miniseries Lonesome Dove.

Nobody had any problem with Robert Duvall. “But he should be Woodrow Call, not Gus McCrae,” was the general consensus. “He’s all wrong for Gus.”

And Tommy Lee Jones as Call? “Sure, he was excellent in The Executioner’s Song, but he’s way too young. He doesn’t have the depth to play Call.”

“Robert Urich can’t act.” “Wasn’t Ricky Schroder that sappy kid in that god-awful movie The Champ?” “You can’t cast Anjelica Huston in a Western!” “Has anyone ever heard of that director, Simon Wincer?”

Well, that type of judgment might explain why the Dallas Times Herald, founded in 1888, is no longer in business.

Turns out, Duvall was perfect as Gus. In fact, just about every time I find a Western on TV, the trail boss looks and sounds a lot like Gus (e.g., Open Range, Broken Trail). Make Tommy Lee’s hair white, and he’s dead-on as Call. By my book, it’s still his best performance (just ahead of Jackson County Jail). Robert Urich could act, Rick Schroder wasn’t irritating, please cast Anjelica Huston in anything and if anyone plans on producing a Western, Simon Wincer is undoubtedly the first director to get an offer.

Twenty years after its debut on CBS, Lonesome Dove remains one of the most talked-about miniseries. It earned 19 Emmy nominations (somehow winning only two), took home two Golden Globes and the Western Heritage Wrangler Award, and it inspired a slew of inferior sequels and prequels.

As I drive across Texas, I’m thinking about the miniseries and Larry McMurtry’s Pulitzer-winning 1985 novel (which also inspired a slew of inferior sequels and prequels). The miniseries was filmed in New Mexico and Texas, and when I walk around the set at Alamo Village, I think this location, most famous for John Wayne’s The Alamo, was fitting. After all, McMurtry originally envisioned Lonesome Dove as a movie titled Streets of Laredo, to be directed by Peter Bogdanovich and starring the Duke as Call, James Stewart as Gus and Henry Fonda as young Newt. I’m kidding. Fonda was to play Jake Spoon. You can see why, in the late 1980s, we passionate journalists and fans of McMurtry’s epic novel had reservations about Duvall, Jones and Urich.

When I watch one of those daily cattle drives at the Fort Worth Stockyards, and later when I visit the pioneer cemetery in Weatherford, I can’t help but recall the Goodnight-Loving Trail and the historical figures that inspired McMurtry’s novel. Here lies Oliver Loving, the man behind Gus McCrae, and Bose Ikard, the black cowboy who was transformed into Joshua Deets, played brilliantly by Danny Glover. My Times Herald pal Kris Mullen bawled when Deets got killed in the novel (I cried when the Hat Creek boys ate those pigs who had followed them to Montana). Loving died pretty much as McCrae did, but Ikard lived until 1929.

Finally, I reach Archer City, McMurtry’s hometown. It’s deader than the fictional town of Lonesome Dove (McMurtry got the name, by the way, from a name on a van: Lonesome Dove Baptist Church of Southlake, Texas).

I’m thinking of Woodrow Call and the Denver newspaper reporter.

“They say you’re a man of vision,” the reporter says.

Yes, Lonesome Dove, miniseries and novel, was and will always be a hell of a vision.