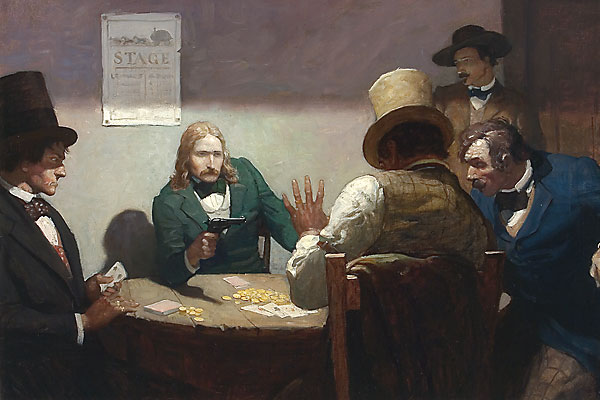 The most famous Poker hand of all time, Aces and Eights, might have won the pot, had the gambler not gotten shot in the back of the head.

Given the popular lore surrounding this legendary “Dead Man’s Hand,” held by Wild Bill Hickok, it should be no huge surprise that an artist record at auction was set for an N.C. Wyeth painting showing Hickok brandishing his pistol at the card table. On July 28, Wyeth’s 1916 oil, Hickok at Cards, sold for a record-breaking $2 million at the Coeur d’Alene Art Auction in Reno, Nevada.

The painting was one of 10 illustrations Wyeth painted for the Hearst Magazine series, “The Great West That Was—Buffalo Bill’s Life Story,”  and it was featured in the 1916 issue. Wyeth depicted the poker episode based on Cody’s account, Wyeth biographer Douglas Allen says.

Wyeth made his entrance in the art world with his bucking bronco appearing on a 1903 cover of The Saturday Evening Post. He is considered to be one of the greatest American illustrators, creating more than 3,000 paintings before his death in 1945. Remember reading Treasure Island as a kid? Those illustrations are products of Wyeth’s genius.

Works of his that have sold well at auction in the past feature cowboy partners, an Indian giving a moose call, King Mark slaying the Knight Sir Tristam, the Pony Express. Each work’s stark realism combined with cinematic appeal has cast a spell on connoisseurs of art for years. But only in the past two years has his art garnered million-dollar prices. We think it especially fitting that his record was broken by his portrayal of an American West icon.

Wild Bill Hickok’s chapter in the annals of history ended when Jack McCall shot him in Deadwood, South Dakota, on August 2, 1876. Yet artists are usually drawn to him because of the charisma he displayed throughout his life as a scout, lawman and gunfighter.

If not for master illustrator Homer Pyle engineering a trip to the Southwest for his young protege from Massachusetts, Wyeth may never had been exposed to the majestic allure of its people, places and history. And this $2 million painting wouldn’t be hanging on the wall of one smart collector.

The lots at this year’s Coeur d’Alene Art Auction fetched more than $31.5 million.

Battle of the bronze

In a “Battle of the Bronze,” Remington versus Russell, anyone attending this year’s Coeur d’Alene auction might have declared Russell the winner.

Only one Frederic S. Remington bronze was offered at Coeur d’Alene this year: The 23-inch The Broncho Buster #10 (lower left), which sold for $500,000—almost half the value of Russell’s record-setting bronze.

But, actually, Remington would win this battle. Christie’s New York set a record price on a 30-inch bronze by Remington when it sold his 1902 Coming Through the Rye for $4 million in May 1989.

Although both artists’ works are exemplary in the eyes of most collectors of Western art, Remington gets the laurel for this particular fight. 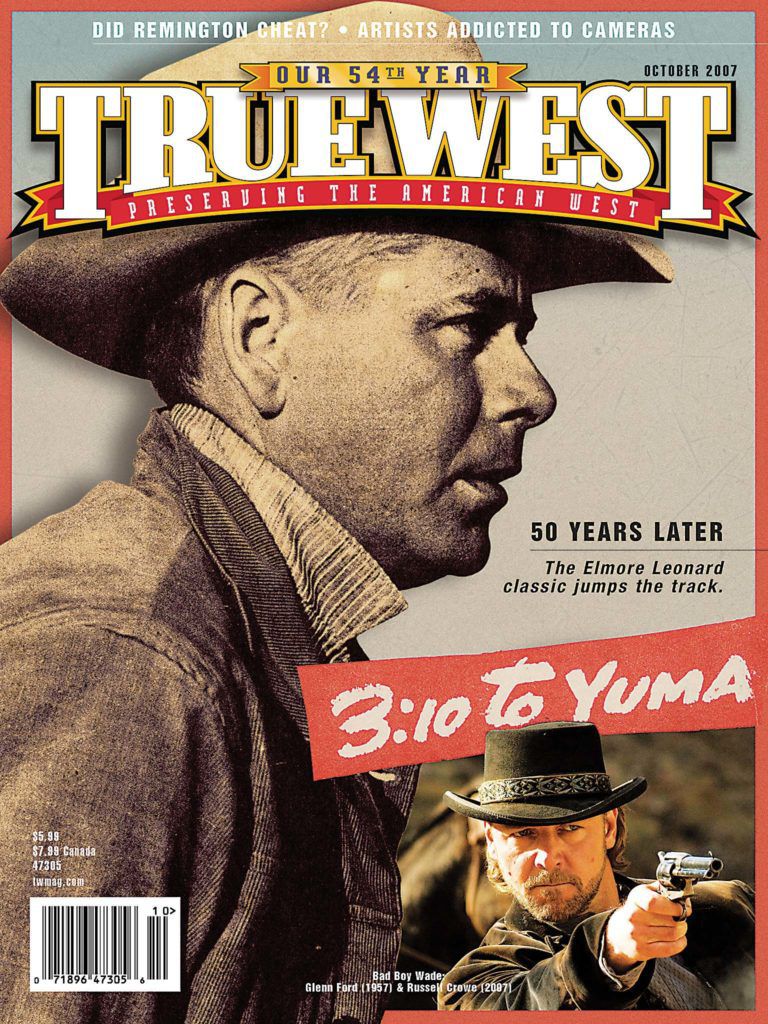