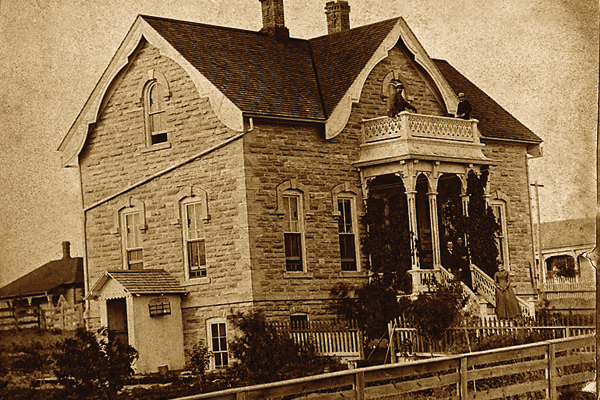 1. The Boot Hill Museum provides hours of Old West history and should offer something new with every visit, as exhibits constantly rotate through the 20,000 artifacts of 1870s Dodge City.

2. The best way to tour the Dodge City Trail of Fame is a free guided walk led by Charlie Meade. He’ll relate the locations of original buildings and share the city’s ties to denizens such as Wyatt Earp, Bat Masterson and Doc Holliday.

5. Historical researchers of the Old West often utilize the records and pictures stored at the Kansas Heritage Center.

6. Just west of Boot Hill Museum is the Gunfighters Wax Museum. The museum doesn’t hold a candle to Madame Tussauds obviously, but how many wax statues of gunfighters are there anywhere else?

7. Downtown’s Dodge City Days and its PRCA rodeo at the Roundup Arena bring thousands to town at the end of July and
into early August. A big-name Country musician kicks off the event each year, and the town is jammed with cowboys and cowgirls all week long.

8. Isom Prentice “Print” Olive and his brothers are the real story behind the cattle drives of the 1870s-80s. He’s the man John Wayne should have played in the movies. Historian Harry Chrisman wrote several marvelous accounts of Print’s life. Isom, his wife and their son, Billy, are buried in Maple Grove Cemetery.

9. Windthorst Catholic Church is not to be missed. The church’s history dates to 1879; you’ll love its elaborate altars and intricate stained glass windows from Germany.

10. The Boot Hill Casino & Resort pays tribute to frontier history with its exterior facade, but its main purpose is to get us making bets. Too bad Wyatt Earp can’t come back to life to deal out a faro hand.

Jim Johnson is the director of the Dodge City Trail of Fame and is anxiously awaiting the arrival of the Doc Holliday Gambling Table statue, due out this winter.