A Song of Praise for a Forgotten Folklore Collector 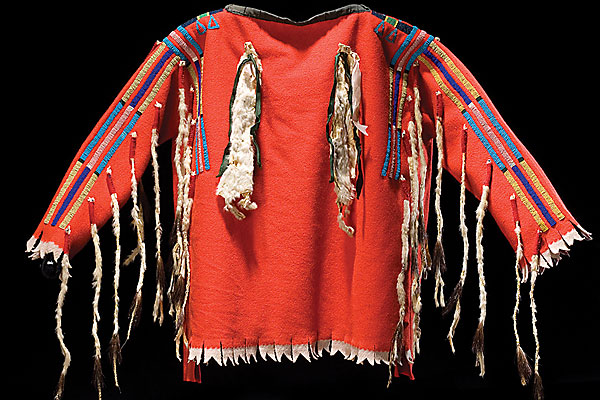 This book is an offering of the Indians, and I am only the recorder.

Or so Natalie Curtis claimed in her groundbreaking work, The Indian’s Book, published in 1907.

Yet this compilation of songs and stories that Natalie collected from 18 different tribes was dubbed “the most comprehensive collection of Indian songs to appear”by musicologist Charles Hamm. It expanded the scholarship of ethnology scientists Frances Densmore (see June 2007 issue) and Alice La Flesche.

On September 15, Cowan’s sold at auction an archive of Indian paintings collected by Natalie, many used to illustrate The Indian’s Book, for a $14,000 bid.

A former music student looking to expand her musical horizons, Natalie left New York City and traveled the Western U.S., finding herself among the Hopi at the Moqui Reservation in northern Arizona in 1903.

She watched as an armed superintendent, Charles E. Burton, escorted Hopi children to the government school, Keam’s Canyon. Those same students were forbidden to speak their native language.

Outraged, Natalie set about convincing the Hopi to sing for her so she could record, and thus preserve, their oral culture. Many feared the superintendent’s wrath, but she won over a few of them by working with them in secret.

“I must keep my work secret, lest the school superintendent in charge evict me from the reservation!” she wrote in 1913.

When she returned to the East, she used her connections to gain a meeting with former President Theodore Roosevelt, who wasn’t known to be a big lover of Indians. She played the tribal music for him and convinced him to visit the Hopi in 1913.

After his stay, he praised Natalie, writing that she “has done so very much to give Indian culture its proper position,” in his October 18, 1913, article, “The Hopi Snake Dance,” published in The Outlook magazine.

The next time Natalie headed west, she carried with  her a letter from the president that authorized her to record tribal songs on reservations.

“And all the music of America is not found in universities and schools but out in the great expanse of territory that stretches from the Atlantic to the Pacific Oceans, and from Canada to Mexico,” a passionate Natalie wrote, in a 1921 letter to George F. Peabody, in which she described a speech she was giving to a conference at La Sorbonne in Paris.

Natalie penned the letter a few days before an automobile on Rue Montparnasse struck and killed her.

“No one who came within the influence of her great qualities can ever forget her,” said attorney Elbridge L. Adams at a memorial service held for Natalie at Hampton Institute in Virginia, five years after her death.

Luckily, this auction has introduced us to a woman many should not have forgotten. Although she had her prejudices too, classifying the Indians she worked with as childlike and primitive, her work is truly a chapter in native culture worth examining.

The highest payment she asked for was indeed the reading and utilization of her work. In her last article, in 1921, she wrote: “There is nothing so poorly paid proportionately as work in any field of science or creative art—though it long survive the worker to the good of humanity.”

Cowan’s generated more than $1 million in sales at its American Indian and Western Art auction.