What They Got Right 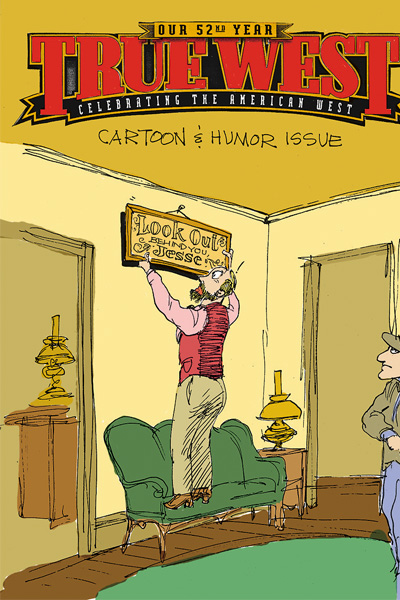 It is a rare day indeed when an author admits, “They were very faithful to my book.” Ron Hansen is one of those happy writers.

Hansen tells us five things Hollywood got right when it adapted his 1983 book, The Assassination of Jesse James by the Coward Robert Ford:

• Everything in the house on the hill in St. Joseph, Missouri, is exact, right down to the floor plan. A slight ding for the master shot that shows the town of St. Joe in the distance, when the actual city was around the hill. The real Jesse had to walk only a couple blocks to pick up newspapers to bring back to the rented house.

• The dates are right, and even the time of day is faithful to most of the events. But they filmed in Canada in the fall, even though the events surrounding Jesse’s demise took place in spring, culminating with his death on April 3, 1882.

• The Blue Cut train robbery coverage is excellent, featuring people jostling in the cars, some not even speaking English. A passenger list printed after the robbery listed many far-flung states and countries as the hometowns of the victims.

• The costuming is authentic, with the movie makers often using actual 19th-century Victorian clothing and making sure the outlaws wore suits, not just cowboy gear. (Costume designer Patricia Norris was so dedicated that Hansen, who plays a reporter in the movie, says she “gave me a pocket watch even though it wouldn’t show. They just wanted us all to feel what it was like [to live] in 1882.”)

• The specific wounds and injuries Jesse suffered from are much in evidence on actor Brad Pitt. As history buffs know, the real Jesse was missing the middle digit of his left hand; Pitt wore a device that makes it appear as if his finger is clipped. A bath scene focusing on the outlaw’s body reveals bullet wounds, mostly on his back, from the Civil War. The only fault is that Brad is in too good physical shape to illustrate the broken down aspect of the real Jesse.

For those who want to update their library, Harper Collins has released an audiobook and a paperback of Hansen’s novel, featuring Casey Affleck’s Dirty Little Coward and Brad Pitt’s Jesse James on the cover.

In this issue, we pay tribute to our ace cartoonist, Phil Frank, who passed away on September 12. Phil was the anchor of our Last Stand page and provided excellent cartoons commenting on our Old West heritage. Phil first saw True West while staying at the Double E Ranch in Gila, New Mexico. Ever since, his cartoons have left our readers with a humorous parting shot in each issue.

In his honor, we are featuring a retro-spective of his best cartoons (it was difficult for us to choose!) on. We are also retiring Last Stand. The page just wouldn’t be the same without “Frank History.”