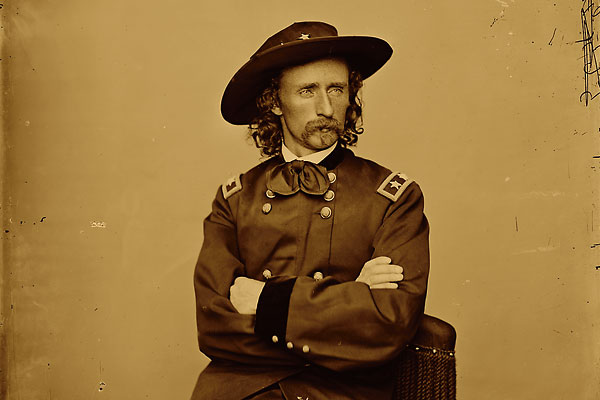 One can visualize hard use and wild days on the American frontier, or in some far-flung corner of the globe, where the gun may have been carried in adventure after adventure by some now-forgotten face in the shadowy past.

Replica firearms can be a boon to those who love the shooting irons of the past, yet as beautiful as they are in their shiny new finishes, they look like new guns. I have come to expect most firearms from the 19th century to have an aged, patina look, devoid of much of their original protective finish. Such a well-worn old gun can evoke romantic images in the minds of firearm enthusiasts like me. Yet some of those “new gun” replicas are now being made with an “antiqued” finish.

Cimarron Fire Arms was the first outfit to make these old-looking, but brand new, replicas available. Cimarron calls its line of antiqued handguns the “Original Finish,” and the company stocks it in a variety of models, from the percussion Colt and Remington replicas to metallic-cartridge six-shooters. Cimarron also carries aged Henry rifles, 1866, 1873 and 1876 lever-action copies and 1874 Sharps.

EMF and Taylor’s & Co. each offer guns from their catalogues in the antiqued finish. Models, such as the Bisley and Remington single actions, or any of their long gun replicas, like the 1892 Winchester, are available.

The “Gunslinger” model is the antiqued civilian version of U.S. Fire Arms’s single actions. The company offers the Gunslinger in any barrel length, caliber or frame style (blackpowder type or post-1896 models). Military buffs wanting an antiqued finish may order the company’s Custer Battlefield gun. This 7½-inch barreled, single-action reproduction is a spitting image of those early Peacemakers carried by Lt. Col. George A. Custer’s troops on June 25, 1876, at the Little Bighorn Battlefield in Montana. Each six-gun features inspector’s stamps, “U.S.” stamping and other appropriate martial markings, giving this replica the looks of a vintage veteran.

To obtain the proper antique look, each gun is blued and color casehardened, then treated with an acid etching that gives it a gray, aged surface—with traces of color remaining in those out-of-the-way places. Upon completion of this process, the acid is then neutralized to stop further aging. Every gun is then tumbled in a special container, filled with an assortment of other objects. Finally, hand aging gives each arm that “used, but not abused” look.

The final result of all of this special treatment is a firearm that looks like a gun with a bit of history—well used, but cared for by its owner. Internally, it is as perfect as any other factory new firearm, since the insides are not aged in any way. When a replica is antiqued correctly, each one looks like an original, yet costs but a fraction of the price of a vintage gun!