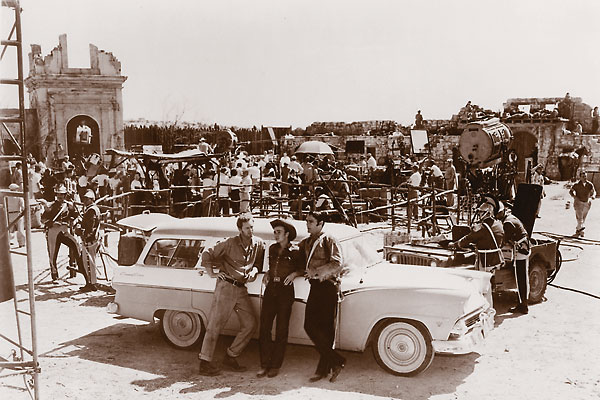 John Wayne starred in 1960’s The Alamo, filmed on a 500-acre set that took two years to build.

When the actors and film crew left the site near Brackettville, Texas, that set remained on the ranch of James “Happy” Shahan. For nearly 50 years, Alamo Village has attracted visitors who want to see what the Alamo looked like (approximately) in 1836 or to tour the John Wayne Museum. Movies, TV shows and videos have been shot at the location.

But Shahan’s widow died this year, and in July, her children decided to close down the place. It costs too much to maintain, they say. Alamo Village is still open for movie productions or for big gatherings like weddings.

The family would like to reopen to the general public at some point. Or they might sell the place (the asking price in 2002 was $6.5 million). For now, Alamo Village is just a memory.