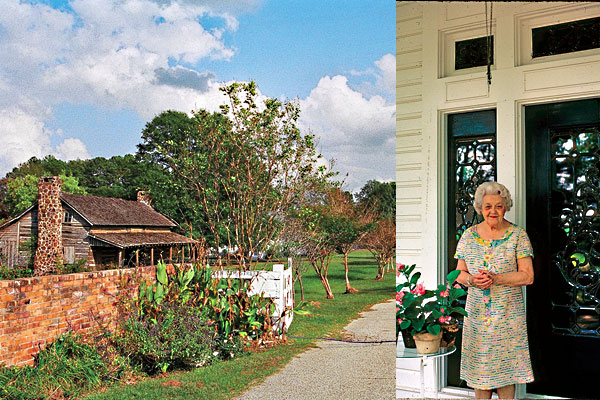 “You people are crazy.” Those who knew Lera Millard Thomas can still hear her scold the city council of Nacogdoches, Texas, with those words.

Lera wasn’t a woman afraid to speak her mind. Born in this town in 1900, she lived here until she and her high-school-sweetheart husband moved to Houston. Her husband, Albert, served 29 years in Congress—helping to nab the space program for Houston. When he died in 1966, Lera ran in a special election to fill his 15th term. She won more than 74 percent of the vote and became the first woman to represent Texas in Congress. Nine months later, the term was up, and she eventually moved home.

But her hometown was being torn apart. Stephen F. Austin State University was expanding, making Nacogdoches attractive to new businesses. Yet those firms sought to relocate near the university, in the most established part of town, and wanted to tear down century-old homes and buildings to make way for modern buildings.

“Here we are, the oldest town in Texas, and you’re letting it be destroyed,” Lera told city leaders.

“So she said, ‘If I don’t do something, who will?’” recalls David Young, who is executive director of what her something was: Millard’s Crossing Historic Village.

“She started buying up old buildings and moving them to her family’s land,” says Young, noting the Millard holdings north of town once covered 600-700 acres.

“She was a collector: furniture, historic documents, paintings, jewelry, glassware. And now she was collecting an entire village,” Young says. “She thought, ‘every town always had a country store,’ so she went out and built one. She thought, ‘every town always had a church,’ so she bought the abandoned Free Methodist Church that was built in 1905 on the south side of town and moved it here.”

By the time her building collecting was done, she had moved 15 structures onto five acres of her family’s land. She filled the buildings with antiques and hosted her friends in these guest houses.

By the early 1980s, though, she and her family decided to transform her collection into a public site that interpreted east Texas settlement between 1830-1930. “We started an education program because we want to put adults and children back in the shoes of the pioneers,” Young says.

The historic village is open seven days a week, year round, excepting a few holidays. In summer, it sponsors camps, including one titled “Five Days in the Life of a Pioneer Child.”

“We’ve become a treasure for East Texas,” Young says, adding that the village is enjoyed not only by tourists, but also as a site for weddings and music festivals.

Lera died in 1993, but her grandson and his family still live in the village. “We’re a homage to Mrs. Thomas and her family history,” Young says. “The historic village lets us get into the minds of the pioneers of Texas.”