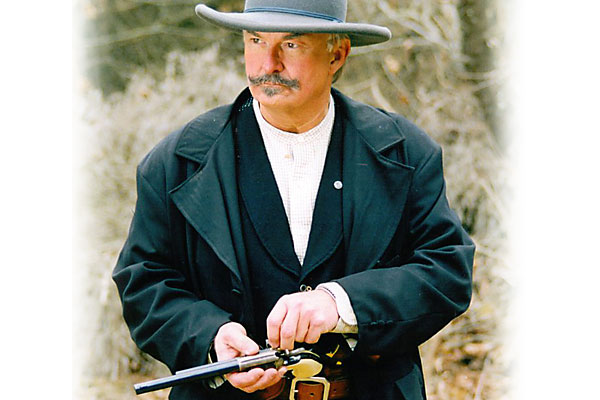 Apparently, a lot of our “friends” agreed with our picks this year. The National Cowboy & Western Heritage Museum in Oklahoma City got much support. So did the Autry in LA and the Buffalo Bill Historical Center in Cody. We dig all three places, but we divide the latter two into their individual museums: The Autry National Center comprises the Museum of the American West (a.k.a. the Autry in Griffith Park, our No. 3 choice this go-round) and the Southwest Museum of the American Indian, while the BBHC includes the Buffalo Bill Museum, Cody Firearms Museum, Draper Museum of Natural History (No. 7), Plains Indian Museum and Whitney Gallery of Western Art.

Gordon Fikes recommended the “ENTIRE town of Lincoln, NM,” a choice seconded by Keitha Harper Shandley. Absolutely! Lincoln State Monument preserves 17 structures, including John Tunstall’s store, the courthouse and torreón, in a historic town that’s practically unchanged since the late 1870s. Of course, the
re-enactment of Billy the Kid’s jail escape has about as much truth as, well, the 1966 flick Billy the Kid vs. Dracula, but we love the annual Old Lincoln Days celebration in August anyway.

Dave French suggested the Museum of the Mountain Man. He means the wonderful museum in Pinedale, Wyoming, which plays host to the annual Green River Rendezvous in July. But that made us remember Museum of the Fur Trade, the excellent Chadron, Nebraska, site that sits on the site of James Bordeaux’s 1837 trading post. Kit Carson and Jim Bridger would feel at home at both museums today.

Michael Feldman went with the Butterfly Lodge Museum, the hunting lodge James Willard Schultz built in 1914 near Greer, Arizona. Schultz, who lived on the Pima Indian Reservation and helped excavate Casa Grande, is likely best remembered for his book My Life as an Indian.

Fred Snook cast his vote for the Lemhi County Historical Society Museum in Salmon, Idaho. He admires the “Large Lemhi Shoshone Collection and [d]isplays featuring the ranching and mining heritage of the community.”

A few fans said we need to remember the Alamo. Hey, we’ll never forget this San Antonio, Texas, shrine. Nor will the more than 2.5 million people who visit the 4.2-acre complex in the center of downtown every year.

Fort Smith National Historic Site in Fort Smith, Arkansas, got recommendations from a couple of our friends, including Scott Kinnaird. Bet the museum is seeing an increase in visitors with the success of the 2010 movie True Grit. It’s a great place, and if and when the U.S. Marshals Museum opens, Fort Smith will be the place to learn about law and order in the Old West.

Last year’s Museum of the Year, Santa Fe’s New Mexico History Museum, certainly has plenty of friends. The Panhandle-Plains Historical Museum in Canyon, Texas—our Museum of the Year for 2007—and the Museum of Westward Expansion at St. Louis’s Gateway Arch, which got mentioned in our 2009 museum coverage, got votes. Other excellent choices included the C.M. Russell Museum in Great Falls, Montana; Frontier Texas! in Abilene; Museum of the Horse Soldier in Tucson’s Trail Dust Town; National Oregon/California Trail Center in Montpelier, Idaho; Nevada State Museum in Carson City; Sequoyah’s Cabin in Sallisaw, Oklahoma; Smokey Bear Historical Park in Capitan, New Mexico; Texas Ranger Hall of Fame and Museum in Waco; and the Tombstone Courthouse State Historic Park, now operated by the city of Tombstone, Arizona, and the city’s chamber of commerce.

One of our favorite votes came from Randy Hansen, who suggested the Fred Oldfield Western Heritage & Art Center in Puyallup, Washington. “Cuz,” Hansen, a volunteer at the museum, writes, “I get to hang out with Fred who is 93 and still going strong.” Way to go, Fred!