Great Guns in the Panhandle 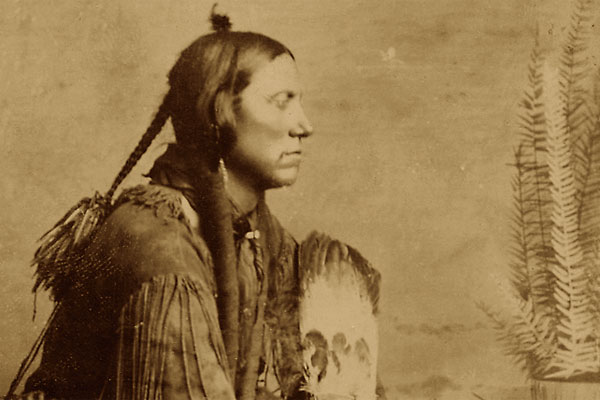 What was once the vast, empty, grassy plains country of West Texas is now the quiet little town of Canyon and the home to the Panhandle-Plains Historical Museum.

Claimed as the largest history museum in the state—with 102,000-square feet of exhibit space—it was voted as True West’s number one museum in 2008. Featured among this museum’s collection of memorabilia from the pioneer life and natural history of the region are more than 1,200 firearms and edged weapons.

Along with a display of arms that date from the 15th century to modern times, this firearms collection offers several unique pieces that relate to the Panhandle area, most notably those tied to Charles Goodnight’s and Jesse Chisholm’s cattle drives, the first and second battles of Adobe Walls (1864 and 1874), the commercial hunting of buffalo and the 1874-75 Red River War.

My favorite exhibit shares firearms and other objects from the sites of the Adobe Walls trading post, where both Col. Kit Carson and Comanche warrior Quanah Parker would legendarily fight (although a decade apart from each other). Besides Sharps rifles, Colt revolvers, lances and other weapons used by both the buffalo hunter defenders and the Indian attackers, the display has several relics attributed to, and recovered from, the site—including numerous cartridge cases, recovered bullets and, believe it or not, restored bullet-shattered glass windows!

With hundreds of fascinating guns on display at the Panhandle-Plains museum, space doesn’t permit even a small listing of the best offerings. But among those firearms I find most interesting are: Quanah Parker’s 1873 Winchester rifle (the only one of this Comanche chieftain’s firearms in a public collection); Charles Goodnight’s J. Cosby plains rifle, made in 1854 and carried by Goodnight while he served as a Texas Ranger and during his buffalo hunting days; one of Goodnight’s later saddle guns, an 1874 Sharps .45-70 Business rifle; and Billy Dixon’s 1873 Springfield Officer’s rifle, carried while the famous long-shot rifleman served as a civilian scout during the Red River War, along with his Medal of Honor, awarded for his heroism during the Buffalo Wallow Battle in September 1874.

If, like me, you find this sampling of the Panhandle-Plains museum’s firearms collection tantalizing, you owe it to yourself to check out this museum next time you’re in West Texas.