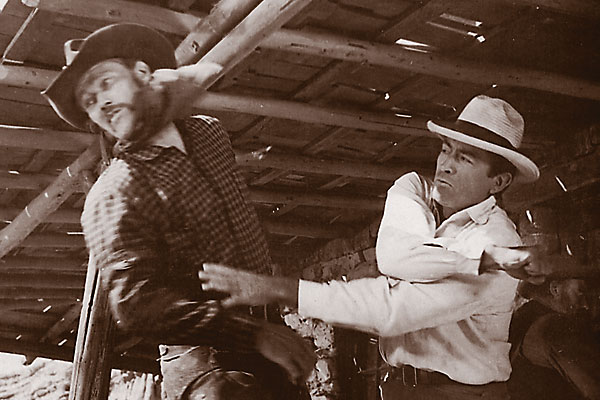 “Mellow-Trauma” appears dozens of times in just about every Western movie where the prerequisite for success is at least one and, better yet, even two fistfights.

Whether the movie is portraying a bar fight, an altercation at the corral or some street fight over a favorite gal, many of the films depict one man slugging another in the jaw, breaking a chair over his head or pounding him in the stomach, miraculously, without any serious residual injury. A lot of blood may spill out, but those fighting cowboys usually recover to reappear in later scenes with little to show for the beatings that would appear to have been catastrophic for an ordinary man.

Having worked many Friday and Saturday nights in the emergency room, I witnessed the casualties of fistfights. The reality is that individuals who receive as little as a single punch to the jaw or face are most often down for the count and incapacitated for days to weeks.

On more than one occasion, I evaluated and treated not only the man who received the punch, but also the fool who threw it. The former may have presented with a broken jaw or nose. The latter often hurt even more with a broken hand. This unpleasant injury usually involves the fracture of one or more of the metacarpal bones in the hand. These bones connect the fingers to the wrist at the knuckle. This injury is descriptively called a “Boxer’s” or “Brawler’s” fracture; and boy, does it hurt, for a very long time.

For such inaccurate portrayals of the consequences of these bare-knuckled fisticuffs in so many of its Westerns, Hollywood deserves a medical D-.

One outstanding exception to this medical fantasy within the genre of Old West storytelling comes from the pen of Marilyn Durham, in her depiction of the fate of young Billy Bowan. Fellow outlaw Coleman Dawes pummels Bowan mercilessly in the acclaimed movie and book The Man Who Loved Cat Dancing. Consistent with his characteristically youthful and obnoxious behavior, Bowan miscalculates once too often and attacks the older and meaner Dawes. Implicitly in the book, Dawes proceeds to pound Billy’s abdominal midsection blow after blow, also with probable smashes to the thoracic (rib and lung) area, until interrupted by Jay Grobart, the leader of the outlaw pack. By the time it was over Bowan had to be tied to his saddle as the gang departed into the wilderness.

Durham’s subsequent description of the mortal consequences of this beating is masterfully completed and medically accurate. After traveling six miles, she writes, Billy looked “sick and sober.” He vomited “sobbing with the effort.” Soon Billy said, “…my gut’s killing me. It’s worse than busted ribs. I had them before. I think old Dawes messed up my insides some.”

Durham continues, “In the morning, it was obvious…that Billy wasn’t going anywhere under his own power. He was semi comatose. His face was the color of raw dough…. His stomach seemed swollen and rigid….” Even 20 drops of Elixir of Opium could not dull his pain. After a little over a day following the beating, “Billy was unconscious…. His breathing was stentorian [like loud snoring]…. His face and hands were swollen and he stank with fever.” The unconscious and moribund Billy was eventually put out of his misery by a gunshot from an Indian rifle.

This clinical drama is an accurate portrayal of intra-abdominal hemorrhage (bleeding), including the possible fracture of the capsule of the spleen or liver, intestinal damage and fractured ribs with a possible partial pneumothorax (collapse of the lung). Collectively, this real trauma led to peritonitis (abdominal wall inflammation), shock and inevitable death, even if Billy had received the best medical attention of the day (which he did not).

So the next time you see Hoppy, Gene or Roy get clobbered by the bad guy with several  punches to the jaw or gut, just think how Marilyn Durham would depict their clinical conditions. To a man, each would lay injured on bedrest, not riding off into the sunset, with his hat in the air and a smile on his face.

This article has been revised since its publication in the May 2010 issue of True West.