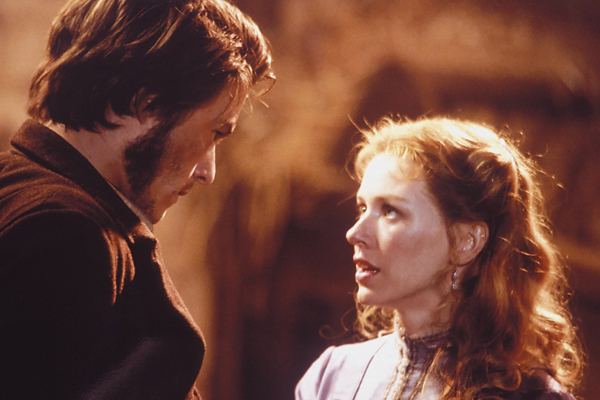 Who is Edward “Ned” Kelly?

Mick Jagger of the Rolling Stones may come to mind, as he portrayed the 25-year-old bushranger (Australian for outlaw) in Tony Richardson’s controversial 1970 film that may as well have stayed Down Under as far as America’s moviegoers were concerned.

But to Australians, Ned Kelly’s legend runs deep. At the Sydney 2000 Olympics opening ceremony, Ned Kelly figures held the arena hostage as fireworks exploded from their rifles. Aussie author Peter Carey’s The True History of the Kelly Gang won the 2001 Booker Prize. And numero uno on a 2003 year-end top 10 list of the most important Aussies was none other than Ned Kelly, who the Sydney Morning Herald reported was “the classic Australian: irreverent, matey, fierce but jokey, a national hero of the sort no other country had created before.”

But the newspaper admitted, “Of course, we hanged him.”

Hanged as he was, this unruly larrikin (or hero, as the film portrays him) topped yet another Aussie list. At $8 million, Ned Kelly was the most successful Australian film of 2003. Despite that, only a select few U.S. cities (New York, Los Angeles, Dallas and San Francisco) will be privy to the March 26 release, which is based on Richard Drewe’s 1991 novel, Our Sunshine.

Fiction meets fact in the land of Oz

As Ned Kelly, Heath Ledger is “Robin Hood without the bow and arrows, Braveheart [William Wallace] without the woad, and Butch Cassidy, with Joe Byrne [played by Orlando Bloom] as his Sundance Kid,” reported the Sydney Morning Herald.

Geoffrey Rush stars as Kelly’s perfect adversary, Superintendent Francis Hare, who Rush says “is very much an encroaching presence in and on the lives of the four youths. To me, the story is really about doomed youth, and my character is the perpetrator of that doom.”

The Kelly Gang’s compromised compadre, Aaron Sherritt, is played by Joel Edgerton, who says his character is “considered a traitor by some but not by others. It is not as clear-cut as him being the Judas of the Gang. From reading all the history books, it’s clear to me that there is an uncertainty about where Aaron sat in terms of his loyalty or disloyalty.”

Besides Ned and Byrne, the Kelly Gang includes Ned’s younger brother, Dan Kelly, played by Laurence Kinlan, and Steve Hart, played by Philip Barantini. Kerry Condon plays Ned’s sister Kate, who spurns the advances of Victoria trooper Alexander Fitzpatrick (Kiri Paramore). He takes out his vengeance by issuing an arrest warrant for the Kelly boys, claiming that Ned attempted to murder him, and by sentencing Ned’s widowed mother Ellen (Kris McQuade) to three years in prison.

One sour spot for critics is Naomi Watts’ character, Julia Cook, Ned Kelly’s married, English lover—at least in the mind of Drewe, who made up the temptress in his novel. Director Gregor Jordan defends the addition by saying that Ned mentions Julia in his famous Jerilderie Letter, while completely ignoring the fact that the relationship wasn’t likely as Kelly’s known sweethearts were cousins.

At least that’s where fiction meets fact in Ned Kelly, said Richard White, an Australia historian at the University of Sydney, in an interview with the Sydney Morning Herald. He also said that Ned Kelly did not dictate the Jerilderie Letter to Joe Byrne in the town’s bar, as the film depicts, but the 58-page document, which proclaims Ned’s defense for his actions, was actually written before the gang arrived in town in February 1879.

“Coldest blooded murderer ever on record”

“I don’t think there is a man born could have the patience to suffer it as long as I did or ever allow his blood to get cold while such insults as these were unavenged and yet in every paper that is printed I am called the blackest and coldest blooded murderer ever on record.” So said Ned Kelly, in the Jerilderie Letter, upon recalling the cruel conduct against his family.

He admits that he and his brother robbed banks, and that they shot three troopers dead—but he claims that was in self-defense.

After robbing a bank in Euroa, the world’s largest reward was offered for Ned’s arrest—£8,000. The gang retaliated by robbing a bank in Jerilderie. The money was used to fund the members’ protective armor suits and helmets that they made from stolen iron moldboards (although only Ned’s suit was fashioned with shoulder caps, said Ian Jones, author of Ned Kelly: A Short Life). White says Kelly likely got the idea for the armor from the popular, chivalrous novels of Walter Scott.

There are some film mistakes we could do without. It was Byrne, not Kelly, who shot alleged traitor Sherritt. And the battle scene at Glenrowan Inn, which takes place the day after Sherritt’s death, on June 27, 1880, is portrayed as more violent than it actually was. No lawmen were killed in the 24-hour siege, which resulted in the deaths of all the gang members except Ned, who was hanged on November 11, 1880, without his most treasured possession—a green silk sash.

When treating Kelly’s wounds before the hanging, Dr. Nicholson of Benalla had removed the cherished sash from underneath Kelly’s armor. It was not taken by Superintendent Hare, as portrayed in the film, because he had already left for Benalla.

As a young boy, Ned had been awarded the sash after saving the life of a drowning child. It was supposedly the only time Ned’s father had complimented him, calling Ned his “sunshine.”