Branded by the Land 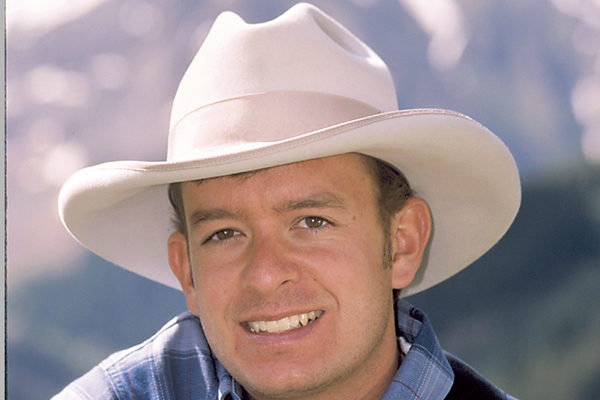 For most listeners, the first song is all it takes to hear the truth in this voice.

Brenn Hill couldn’t tell a lie if he wanted to. Like the artist himself, Hill’s music is unpretentious, honest and direct.

With roots in Ogden, Utah, surrounded by horse-loving folks who support one another, Hill believes it’s the strength of his family, the sixth generation in the West, that has given him the confidence to be himself. That’s as good an explanation as any.

At age 27, Hill has been referred to as “the rising star” for the last five years and has clearly made his artistic mark. Committed to the grueling demands of the cowboy poetry/music circuit, he’s appeared everywhere from Elko, Nevada, to Santa Clarita, California, and succeeded. He charms audiences with his writing ability and his sincere songs about love, the land and cowboy life, either on the range or longing for it.

Hill has produced four CDs in his short career, each one superior to the last. One can only imagine where this young talent can go. Hill’s personal manager, Brian Ferriman with Savannah Music, says over 40 new songs are in the bank, some of which you’ll find on Hill’s 2004 release, Endangered.

Trail Through Yesterday, named 2001 Album of the Year by the Academy of Western Artists, and Call You Cowboy, Hill’s most recent CD, are so loaded with winning tracks, it’s hard to decide which is the best cut. An occasional cover, such as cowboy artist Dave Stamey’s “The Vaquero Song,” comes to new life with Hill’s interpretive skill.

As a stylist, Hill’s tenor voice tells a sensitive story, while his guitar drives a sure beat and steady rhythm. Solo, he can sustain any audience, but great backup and arrangements make his CDs a rich listening experience.

An English major in college and musically trained on piano, Hill writes lyrics with universal meaning and music that’s fresh. As a kid, he sang in church choirs and learned about harmony.

The cowboy connection is real, in spite of his suburban upbringing. “I did some summer cowboying in my teens,” Hill says. “In the winter I helped feed stock. What the experience did is give me the ability to interpret the lifestyle in a way that makes it accessible to other people. Plus, Ogden was once one of the wildest railroad towns in the West. The big stockyards were down by the railroads. I grew up on its history.”

Hill jokes that there are two kinds of songs: “The ones you’ve written and the one you wish you’d written.” He’s comfortable with both, and he’s also supportive of other Western artists and the entire Americana/Western genre. “What we need now,” he adds, “is more support from the people. We can’t do it on our own.”

When asked how he feels about fans voting him a rising star in Rope Burns newspaper (which earned him the Western Music Association’s Crescendo Award), Hill responds, “I consider myself an artist. Artists are different than stars.”

Either way, he’s the one to watch. With a supportive wife and young family of his own, he’s not taking his career lightly. He loves the opportunity to travel and sing before his fans, but he admits that after each rewarding performance, the best part of his success is going home.