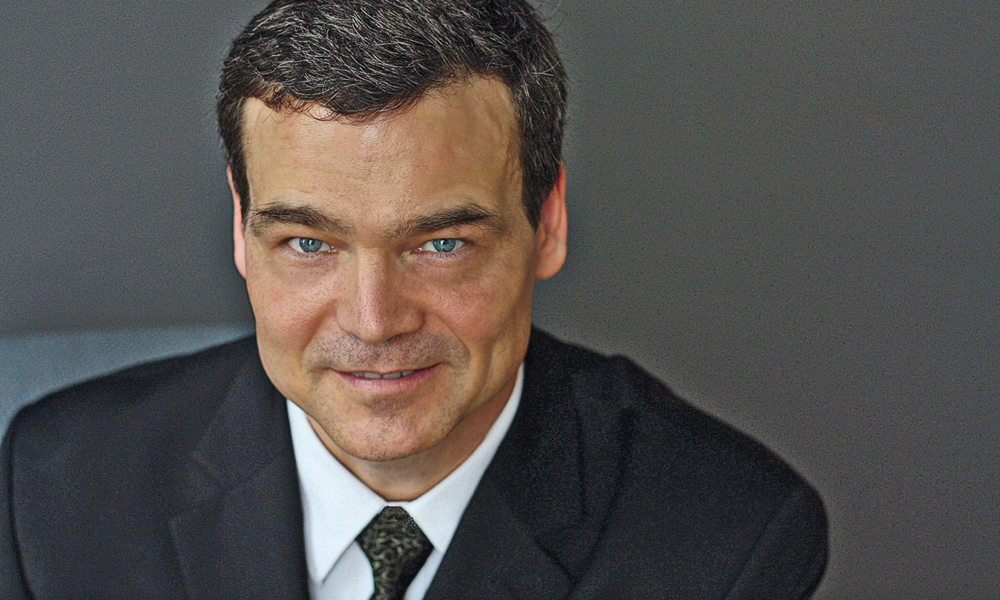 Rural Minnesota native and Carleton College alumnus T.J. Stiles moved to New York City to attend graduate school at Columbia University in 1986. New York would be his home until 2006, when he moved to California’s San Francisco Bay area. This year, Stiles’s most recent biography, Custer’s Trials, was awarded the Pulitzer Prize for History, his second Pulitzer. Today, he lives in Berkeley, with his wife, Jessica, and their two children, where he is working on his next book, the life story of Nez Perce leader Chief Joseph.

Growing up in Foley, Minnesota, I spent a lot of time outside, unsupervised. People watched out for each other. I’m grateful for being from the country, but I don’t romanticize it.

My biography of Jesse James was inspired by Richard Maxwell Brown’s work on violence in the American West. He didn’t belittle or debunk famous gunfights and other iconic episodes, but discovered the significance in them.

If I could have dinner with Cole Younger, I would first ask him to leave his pistols at the door. Then I’d ask him about the Northfield robbery.

The best advice my parents gave me was shortcuts come back to haunt you. Do it the right way.

Wrestling and football taught me that first, smarts can beat size. Second, wrestling is all about heart. Research can be like that.

Moving to New York City was a character-building exercise that worked a little better than I intended. The city gave me a new start, because it’s the publishing capital and home of great research libraries. I lived there for 20 years.

What most people don’t know about being a writer is how much writing takes place in your head, during the research process. I’m constantly re-envisioning the narrative as I read primary sources. People probably already know that writing is a lousy way to make a living.

Outside of academia and family, the most influential person in my life is my karate teacher of the last 30 years, Master Masataka Mori, 9th Dan, Japan Karate Association.

Cornelius Vanderbilt surprised me. I learned to respect the man, and not just for his ability to defeat his opponents. He was a self-taught, self-made genius who believed that self-interest makes the world go around.

When I was awarded my first Pulitzer Prize, for The First Tycoon: The Epic Life of Cornelius Vanderbilt, I had just picked up my son from preschool. My editor called me with the news. The Pulitzer brought me recognition, and it told me I was doing what I hoped to do. It was a dream come true.

The National Book Award for The First Tycoon is an incredible piece of recognition from fellow writers. It is impossibly hard to get. Nonfiction is not broken up into categories as the Pulitzer is—all nonfiction is pooled together for the NBA—and the jury makes the final call.

Karate and writing require discipline. It helps to understand why you do things a certain way, but you only get better with practice. You have to ruthlessly search out your mistakes and weaknesses and correct them, to keep going after failure or criticism.

If I could ask George Armstrong Custer a question, I wouldn’t be sure I’d get a straight answer from him. Also, I’d be worried that he might play a practical joke on me. But if I were sure he’d tell the truth, I would ask: What happened at the Little Big Horn—your plan, your expectations, your concerns, your final moments?

Reading any poet is a gift to the world. But since it’s the centennial of the Easter Rising in Dublin, Ireland, I suggest the work of William Butler Yeats.