The Myths of a Border Warrior 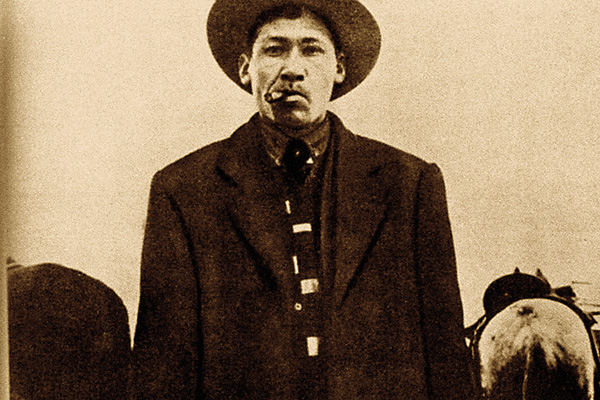 Reportedly born around 1886, Rafael “Red” López was a bad man. He killed six men—including five law officers—in late 1913 near Bingham, Utah. Then he vanished from the Minnie Silver Mine, surrounded by a posse, seemingly into thin air.

One story about Red claims he joined relatives fighting for Pancho Villa during the Mexican Revolution. According to this tale, he held up a train somewhere near the Texas-Mexico border in 1914 and executed 19 American passengers.

Oh, a train did get robbed in Texas. Americans were killed. But we have no evidence that Red was present.

This is what did happen. Texas ranchers Luis de la Rosa and Aniceto Pizaña were tired of being used and abused by whites, especially the Texas Rangers. They decided to go to war against the gringos—a scheme that was part of the Plan de San Diego (a small south Texas town, not the California city). Agents of Mexican President Venustiano Carranza hatched the plot; he okayed it. The race war was undertaken to return the entire Southwest, California and Colorado to Mexico.

At about 10 p.m. on October 18, 1915, De la Rosa led an estimated force of 60 men in attacking a train near Olmito, about six miles north of Brownsville. The group pulled the rails as the train passed, derailing the engine and the first two cars. The engineer died in the wreck; the fireman was scalded by escaping steam.

Approximately 10 attackers boarded the train, robbing the passengers and hunting down whites—especially soldiers. They shot and killed three Americans, and wounded four.

Retribution was swift. Texas Rangers took seven Mexicans into custody the next day. Captain Henry Lee Ransom summarily shot four of them, even though he had little proof that the men were involved in the attack.

Although Red did not participate in that fiasco, another attack may have hit closer to his circle.

On January 10, 1916, near the town of Santa Isabel in the Mexican state of Chihuahua, an estimated 100 soldiers of Pancho Villa’s stopped a train carrying American mining engineers. The soldiers singled out the whites, forcing them to strip to their underwear and form a single row near the train. Then, one by one, each was shot to death. A few made a run for it, but bullets stopped them dead. All in all, 18 died (one American did escape).

The officer who led that attack was Pablo López, who may or may not have been the uncle of the bandit. Again, we do not have any evidence that proves Red was present at this execution.

Yes, Red likely fought during the Mexican Revolution. Maybe he was involved in attacks against Americans, but no credible reports show him leading those assaults.

Ultimately, Red’s bad deeds caught up with him. In October 1921, he tried to lure Texas Ranger Frank Hamer and members of Company C into a late night ambush near the Rio Grande. Sensing something was wrong, Hamer moved his force from the spot. When Red and his men showed up, the Rangers opened fire. Hamer was
credited with shooting Red; he took a bloody watch off the body as a trophy.

Red’s time was up.