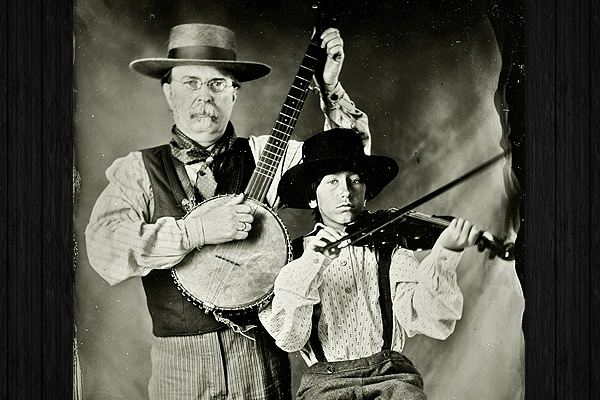 I know someone is into Billy the Kid as soon as they ask me what he was really like, as if I knew him personally.

The best time I’ve ever had playing music is performing with my son, Vance, who is a heck of a young fiddle player. Check us out on YouTube!

The secret to writing a good book is finding a great story and telling it not only unlike any previous author, but also with the same freshness, excitement and suspense as when that story first unfolded.

Don’t get me started on for-profit filmmakers who want your expertise gratis. I can’t tell you how many times a major cable channel has asked for a free interview—while everyone else on the production gets paid.

You can’t reason with those who believe Jim Miller killed Pat Garrett. Ha!

The part that stunned me about the James-Younger Northfield Raid in 1876 was the incredible stamina of the outlaws.  Cole Younger’s feet were in such bad shape after two weeks on the run that when his water-soaked boots were removed after his capture, his toenails came off with them.

My favorite book of all time is probably 1947’s The Man-Eating Leopard of Rudraprayag by Jim Corbett.  It is the true definition of edge-of-your-seat storytelling.

My next book will be about Theodore Roosevelt and the Rough Riders.

What most don’t know about me is I was attacked by a coyote while turkey hunting. After telling the emergency room doctor a little about myself, he said, with no little awe in his voice, “You sure lead an interesting life.”

During the height of the Billy the Kid pardon issue, in 2010, I discovered an unknown Lew Wallace interview from May 1881 in which the New Mexico governor admitted that he had promised the Kid a pardon in exchange for his testimony before a grand jury.  A number of writers and scholars had disputed the fact that an actual “pardon” was offered to the Kid.

My favorite instrument is a Wildwood open-back, five-string banjo, made for me in 1982.

I first met Rex Rideout, who time travels with me whenever we play our frontier songs on our vintage instruments, at a fur trade re-enactment at Bent’s Old Fort more than 30 years ago. Who knew he would one day star in a major motion picture alongside Harrison Ford and Daniel Craig?

The rarest book in my library is a specially bound, first edition, two-volume set of 1844’s Commerce of the Prairies inscribed by author Josiah Gregg. Because Gregg inscribed the set to a Mexican merchant, I believe the books traveled with Gregg down the Santa Fe and Chihuahua Trails.

The best place to hunt turkey is—I’m not telling.

A native of Missouri’s Jesse James Country, Mark Lee Gardner is the author of To Hell on a Fast Horse: Billy the Kid, Pat Garrett, and the Epic Chase to Justice in the Old West and the Spur award-winning Shot All to Hell: Jesse James, the Northfield Raid, and the Wild West’s Greatest Escape. For the last 28 years he has called Colorado home, where he lives with his wife, Katie, and where their two children, Christiana and Vance, were born.