Crusade for a Chief 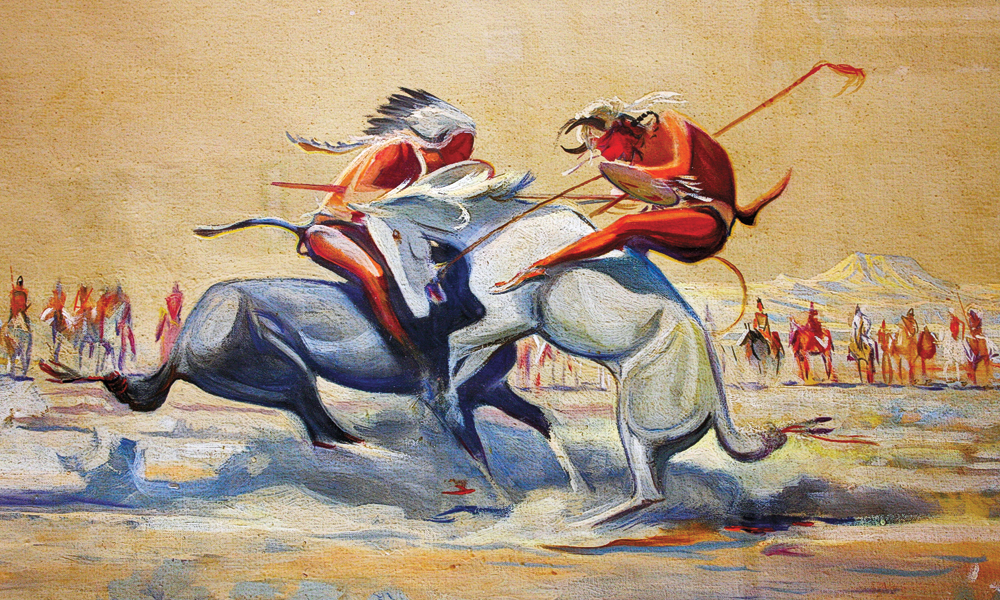 He resembled George Washington and helped save Gen. George Crook’s men at the Battle of the Rosebud during the Great Sioux War of 1876—this Shoshone chief who holds a special place in Western history.

Chief Washakie saw the writing on the wall. He defied the normal response of his day and refused to fight the settlers, choosing to befriend them instead.

“He really was quite a leader,” says Randy Wise, curator of the Fremont County Pioneer Museum in Lander, Wyoming—a museum with a history dating nearly as far as Washakie’s lifetime. “He single-handedly saved thousands of lives. He learned to get along.  And in exchange, he got his choice of where to put his reservation. He chose about the best spot of any reservation in the nation.”

The chief was so respected that, on December 30, 1878, he became the only American Indian namesake for a U.S. Army settlement—Fort Washakie.

Eight years after Chief Washakie’s death in 1900,  pioneers of Lander began work on what became the Pioneer Museum—the first history museum in Wyoming, which, last year, celebrated its 100th anniversary.

This year, the legacy of both the chief and the museum are married in a special exhibit of 23 “epic” oils portraying Chief Washakie’s life, painted in the 1940s by Montana artist J.K. Ralston.

The paintings were commissioned by the Del Monte family, owners of the Noble Hotel in Lander. The artwork graced the hotel’s walls until the lodge closed roughly 50 years ago. Since then, the paintings have been stored in an attic. Their return to public view is a reason for celebration, Wise says: “When Sandy Del Monte approached us about the paintings, we jumped out of our chairs.”

The oil-on-canvas paintings are big, some six feet long. They are presented along with history about Washakie and the Shoshone people—including a video of the chief—as well as a display on the history of the Noble Hotel, which H.O. Barber built in 1918 and apparently named after one of the town founders, Fred Noble, who owned the lot.

“There are plenty of pictures of Washakie later in life. And in the 1940s, the artist interviewed his family,” Wise says. “Some of his grandchildren were used as models in the paintings. These paintings are such an important part of this area’s history.”

Wise says he likes to stand in the upper gallery and look down on the paintings, appraised at $150,000. “It gives you a panoramic view of his life.”

“Ralston was at the beginning of his career when he painted these pictures and not the name he would become,” Wise says.

The exhibit will be up through the fall of 2016. The paintings provide a rare look at an iconic Indian leader in an iconic Western museum where pioneers had the foresight to know their stories needed to be told.