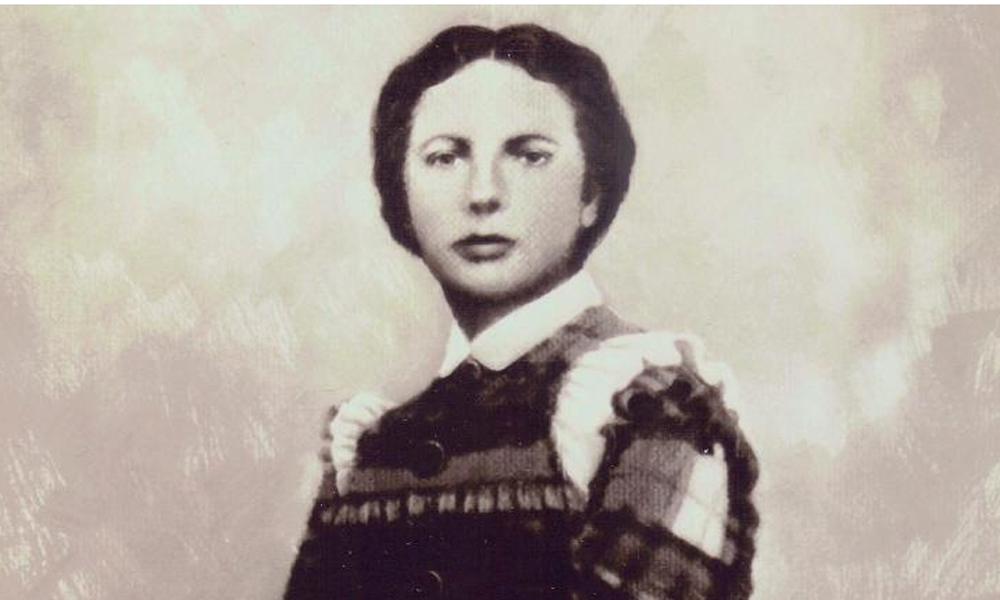 Her name was Dora Hand, or Fannie Keenan. Dodge City knew her by both names and under two wholly different identities. Wyatt Earp biographer, Stuart Lake put it this way:

“Saint or sinner, Dora Hand was the most graciously beautiful woman to reach the camp in the heyday of its iniquity. By night she was the Queen of the Fairy Belles, as old Dodge City termed its dance-hall women, entertaining drunken cowhands after all the fashions that her calling demanded. By day, she was the Lady Bountiful of prairie settlement, a demurely clad, generous woman to whom no appeal would go unheeded.”

“Once Dora Hand had been a singer in grand opera. In Dodge she sang of nights in the bars and honkey-tonks. On Sundays, clad in simple black, she crossed the Dead Line to the little church on the North Side to lead the hymns and anthems in a voice at which those who heard her forever marveled. A quick change of attire after the Sunday evening service, and she was back at her trade in the dance hall.”

Before Dodge City, earlier cowtowns had known Dora Hand’s stimulating presence. She’d been in Abilene and Hays City during their rip-roaring prime. Before that “The word was she had come out of a genteel Boston home, studied voice abroad and made good in the opera before turning up on the frontier. She was also a variety actress of some renown.

Was she an alluring woman? It was said that twelve men died in the West in warfare over her charms. It may have been this kind of warfare that led to her death.

In the summer of 1878, Mayor, James H. “Dog” Kelley and James W. “Spike” Kenedy, the errant son of a wealthy Texas cattleman, got into a fight. Kelley was a partner in the Alhambra where Dora was the star attraction.

On a dark October night, Kenedy stole up to Kelley’s two-room frame house and fired two shots in the front door in the direction of Kelley’s bedroom. Sleeping in Kelley’s bed was Fannie Garretson, one of the Alhambra’s girls. The first bullet passed through Fannie Garretson’s nightgown. The second went through a partition and killed Dora Hand, asleep in the other room. Kelley wasn’t even there, but Kenedy didn’t wait to inspect the fruits of his murderous adventure. He jumped on his horse and rode madly out of town.

Dodge City lawmen Wyatt Earp, Bat Masterson, Charlie Bassett, and Bill Tilghman set out to bring Kenedy back. The four men rode across a hundred miles of prairie in a snowstorm before running down the fugitive at Cimarron Crossing, near Meade City. The Texan tried to make a run for it but a slug from Masterson’s rifle tore into his right arm while Earp brought his horse down. “I’ll get even with you sons of bitches for this,” Kenedy shouted.

When they informed him that his bullets had killed the beautiful Dora Hand instead of Dog Kelley, Kenedy grew remorse and said he wished they’d killed him.

Back in Dodge the doctor took four inches of bone out of his shattered arm. That was the only price he paid. He was freed for lack of evidence and daddy came and took him back to Texas. His father, Mifflin Kenedy, a respected cattleman, was one of the co-founders of the famous King Ranch in Texas. It was said the elder Kenedy bribed officials in Dodge to get his son released.

And Dora Hand, or Fannie Keenan, slept eternally in the new Prairie Grove Cemetery north of town. She had the biggest and finest funeral in Dodge’s history. A remarkable procession followed the coffin. Dance hall girls, gamblers, gunslingers, saloonkeepers, cattlemen, and even some of the town’s respectable ladies, wearing their Sunday bonnets were in attendance. And a minister, hardened to the ways of the frontier intoned the words for everyone to hear, “He that is without sin among you, let him first cast a stone at her.”