A Pistol For Dragoons 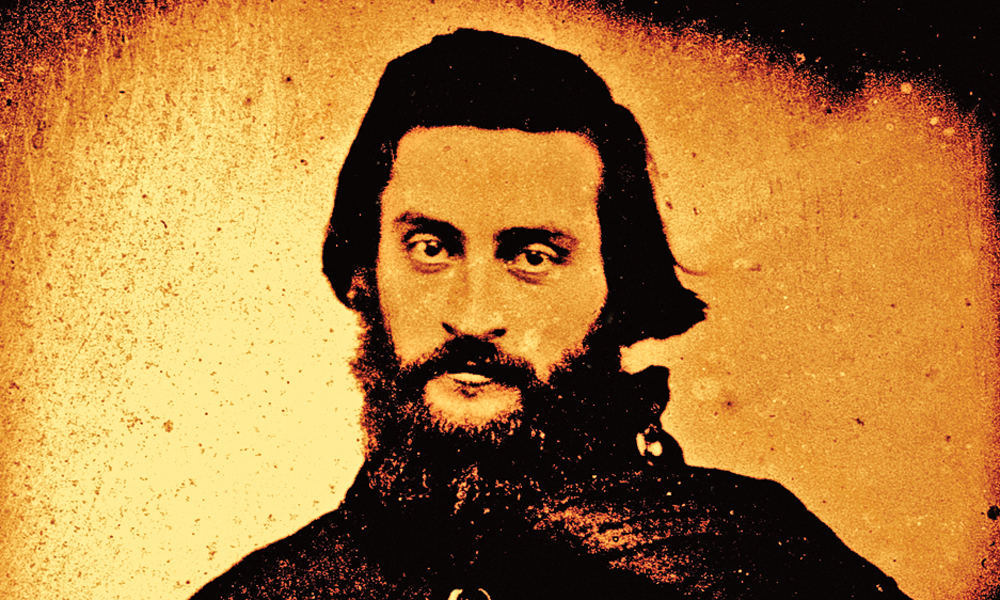 With the adoption of the U.S. Dragoons on March 5, 1833, the U.S. Army found itself woefully lacking in pistols for a mounted unit. Handguns at that time were close-range, single-shot affairs, and the U.S. Ordnance Department had a hodge-podge of old flintlock pistols on hand, going all the way back to the 1805 Harper’s Ferry models. After issuing an assortment of pistols—many either in poor condition or utterly unserviceable, military heads realized that new arms were sorely needed.

In 1836 the Ordnance Department contracted for a newer model. Still a flintlock, the Model 1836 Pistol, produced by Asa Waters and Robert Johnson was to be the last of the government flintlock pistols. With the adoption of the Model 1841 “Mississippi” rifle, the Ordnance Department began contracting for pistols in percussion ignition, but it wasn’t until 1842 that a martial caplock pistol was finally designed especially for the mounted soldier.

Enter the Model 1842 Pistol. Manufactured between 1845 and 1852, and meeting a pattern specified by Springfield Armory, Henry Aston and Ira N. Johnson, both of Middletown, Connecticut, were contracted and produced about 24,000 and 10,000 of these horse pistols, respectively. Another 1,000 Model ’42s were made by the Palmetto Armory of Columbia, South Carolina. The 1842 represents the first official U.S. percussion pistol, although it wasn’t the first caplock handgun that went into service, due to earlier conversions from flintlock to cap-and-ball, and the fact that 300 of the Model 1842 Percussion Navy Pistols were delivered before that arm’s contract was officially signed.

With the exception of its percussion ignition and brass furniture, the M1842 was an exact copy of the 1836 model. Like its predecessor, the heavy, walnut stocked ’42 was designed for mounted use. It was equipped with a permanently affixed, swivel-type ramrod with a button-shaped head, while the opposite end was threaded for a ball-pulling screw or a wiper attachment. The .54 caliber single-shot horse pistol weighs in at 2 pounds, 12 ounces and measures 14 inches in overall length. Its 8½-inch round smoothbore barrel is held in place by a screw in the barrel tang and a brass barrel band with a strap extension that joins the side plate. The round butt cap/back strap is brass, as are the trigger guard and plate. Another departure from earlier models is that the trigger guard is attached to the trigger plate via a pair of spanner nuts, rather than being riveted.

The lockplate bears the stamping “U.S./ H. Aston,” on two lines in the center of the plate (forward of the hammer) and stamped behind the hammer are “MIDDTN/CONN” and the date of manufacture. Stamped on three lines on the barrel’s breech, is “U.S./ inspector’s initials/P” (proof mark). Another date stamping is found on the barrel tang. The sight is a simple brass blade front sight.

A solid workhorse pistol, the M1842 served the 1st and 2nd Dragoons faithfully during the last two decades before the Civil War and a goodly number of them saw use during that conflict as well. Many also got into the hands of the general public, for in February of 1849, the War Department offered to sell arms and ammunition at cost to civilians bound for the West Coast. John E. Durivage, a newspaper correspondent for the New Orleans Daily Picayune, jumped  at the chance to arm himself with army weaponry as he prepared to trek west. In March 1849, he wrote back to his paper, “the company was furnished with brand-new Mississippi rifles and percussion locked (most likely M1842) holster pistols from the United States Arsenal at Baton Rouge.” Outfitted with government rifles and horse pistols, these hardy men felt they were well armed and prepared to take on the frontier.

Phil Spangenberger has written for Guns & Ammo, appears on the History Channel and other documentary networks, produces Wild West shows,
is a Hollywood gun coach and character actor,
and is True West’s Firearms Editor.