Journey of Hope and Prosperity 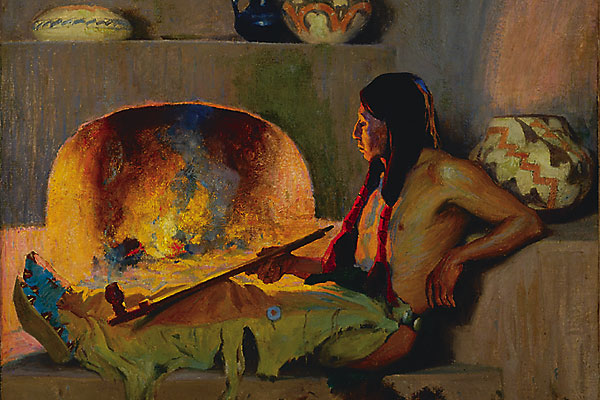 Imagine a China without oil paintings, and you would be recalling the days before the founding of the People’s Republic of China in 1949, when Mao Zedong proclaimed victory by the Communist Party.

No longer revering the country’s traditional ink art form, China’s new government sent young painters to study in the Soviet Union, where the artists learned oil painting and came to value the “Western” technique as ideal for depicting realistic subjects on a large scale.

In 1966, a 13-year-old boy living in the working-class village Chi Kan, southwest of Guangzhou, was carried away in Chairman Mao’s emerging Cultural Revolution and began sketching Mao in pencil. Everywhere he went he saw propaganda art, painted in oil with bold colors. Posters, encouraging youth like him to break with tradition, peddled slogans such as “Parents may love me, but not as much as Chairman Mao.”

Today, Mian Situ’s oil paintings of Chinese emigrants arriving in the American West more than a century ago are catching the eyes of art collectors, most notably at the June 25, 2009, Coeur d’Alene auction in Reno, Nevada, where a painting by him sold for a record-breaking $375,000 bid.

Journey of Hope and Prosperity, the oil is called, with P.M.S.S. Great Republic 1880 explaining Situ’s point of reference as the steamship run by the Pacific Mail Steamship Company that carried passengers from Japan and China to San Francisco, California, or, as they saw it, to the “Golden Mountain,” America, the land of hope and prosperity.

Situ can identify with these rural emigrants, who he himself could have been among, on this ocean voyage, had he been born 100 years earlier and not in 1953. Then again, he likely would not have portrayed such convincing characters in oil paint.

After arriving in Los Angeles in 1987, then moving to Canada to live the following year, Situ returned to Los Angeles in 1998. Three years earlier, he had his first debut in the States at the Oil Painters of America National Juried Exhibition, in which he received the $10,000 Best of Show Award. But Situ had already found American admirers by then, including one of the top contemporary Western artists in America today, Howard Terpning.

Terpning so admired Situ’s painterly approach and subject matter that, in 2003, he bought a painting quite similar to the one that sold this year. Terpning paid $72,500 for The Golden Mountain: Arriving in San Francisco, which showed Chinese emigrants on a steamship; those in the foreground, like a mother attending to her children, are going about their daily tasks, while others behind them are pointing out in joy at the American shore that you can just make out in the distance.

The courage and hope Situ expresses in the faces of his Chinese emigrants paint a history beyond the “dregs” of Asia’s “numberless millions” as California Gov. Leland Stanford labeled them in his 1862 Inaugural Address. Who could expect less from a man who grew up in a revolution that encouraged the questioning of bourgeois history?