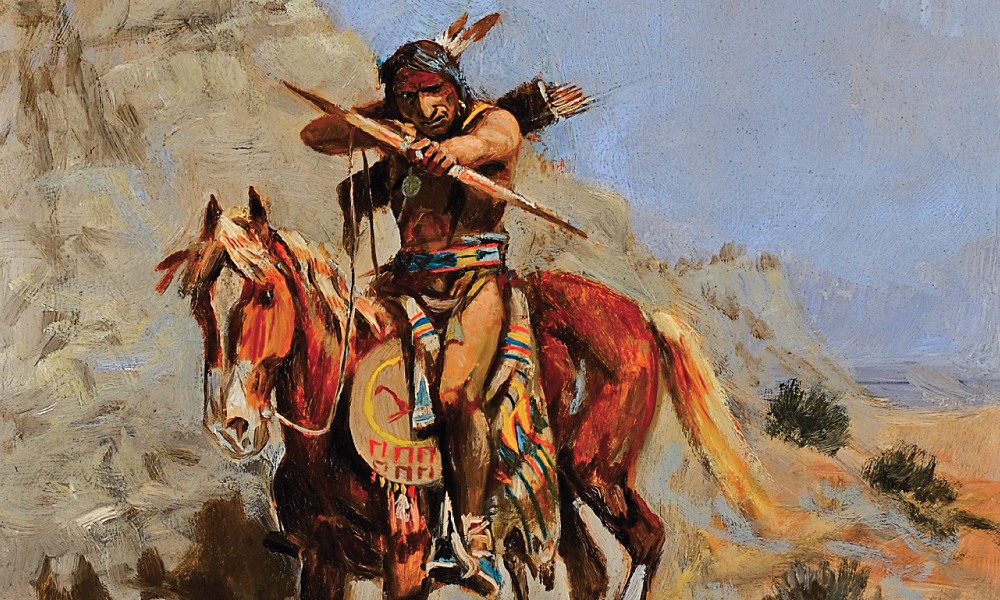 Shirley Lesure, a retired nurse living in New River, Arizona, had just found out a painting she thought might be worth $100,000 would not even qualify for that as a down payment.

She gasped when she heard its estimated value: between $600,000 to $900,000. Bob Nelson, of Manitou Galleries in Cheyenne, Wyoming, and Santa Fe, New Mexico, gave her that surprise of her life on Arizona Collectibles, which aired on PBS on October 1, 2015.

The painting, a Charles M. Russell oil called Indian with Bow, had been given to Lesure’s great-grandfather as a Christmas present by his brother, a rancher in Montana, a state that the cowboy artist also called home.

The appraisal held true: the painting hammered down for $800,000 at the Russell benefit auction held in Great Falls on March 19. The auction’s top lots were all Russells, with one exception, an oil by Thomas Moran. It hammered down at $3.6 million, the highest price ever paid for artwork at the auction, surpassing the $1.5 million record in 2015 for the Russell oil For Supremacy.

Both Russell and Moran died the same year, 1926. The two even met, through an introduction by artist Edward Borein. Known for his landscape artworks, Moran has commanded the highest bid at auction, for another oil of Wyoming’s Green River, dated 1878, for $15.8 million, at Christie’s New York in 2008. Coeur d’Alene Auction holds the auction record for Russell, at $5 million, for the 1918 oil Piegans.

Even at his namesake auction, a Russell oil cannot match Moran’s in the eyes of art
collectors. But his paintings still tell the greatest stories. Wish we all could be so lucky as to find family heirlooms like Indian with Bow.