The Best BBQ Joints in Texas 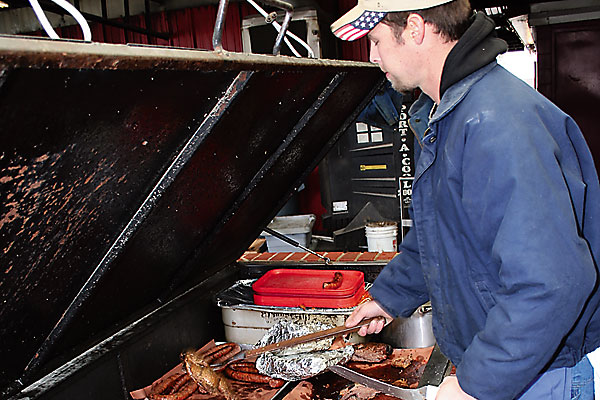 Coming from South Carolina, I arrived in Dallas in 1984 and was shocked at what they called barbecue in Texas.

It wasn’t pig meat. It was beef. And the sauce wasn’t vinegar based. Years passed before I could choke down a chopped beef sandwich.

Eventually, I found Texas BBQ that didn’t leave me crying for pulled pork—Sonny Bryan’s in Dallas; Angelo’s in Fort Worth. Then, one glorious afternoon, I stepped up to the pit boss at Cooper’s in Llano and discovered Texas heaven with vinegar-based sauce.

Last summer, however, I began thinking. Is it possible to find barbecue in Texas better than Cooper’s? With my eight-year-old son Jack in tow, I took off on a mission.

Lunch, Day 1: I order a barbecue sausage sandwich at Bigham’s Smoke-house BBQ in Lubbock. Jack goes for the chopped beef. Not Cooper’s, we agree, but not bad.

Lunch, Day 2: The meat at Clark’s Outpost in Tioga is hickory smoked and flavorful. Jack has a chopped beef sandwich. I try a sliced rib sandwich. We leave full and satisfied, and head south to true Texas BBQ Country.

Breakfast, Day 3: Elgin is sausage paradise. We swing into Southside Market, a piece of BBQ history with roots dating to 1882. Down the street, Meyers’ Smokehouse BBQ is no slouch either, having dished up great BBQ for four generations.

Lunch, Day 3: A Texas BBQ trip isn’t complete without a stop in Lockhart. The self-styled “Barbecue Capital of Texas” offers four great joints to pick from: Black’s, Smitty’s, Chisholm Trail and Kreuz. Be forewarned, though; if you ask for sauce at Kreuz Market, they’ll run you out with a meat cleaver.

Supper, Day 3: I’m skeptical when I step into Two Bros. BBQ Market in San Antonio. A BBQ joint with a wine list? But the pork (ribs and pulled) is tasty, and Jack burns off some calories on the huge playground outside.

Breakfast, Day 4: At City Market, a Luling institution, you walk into the back room—where a couple of guys man the pits—and order up. I bite into my sliced beef sandwich and scream, “Cooper’s has fallen!” Jack sighs, “Barbecue again, Dad?”

Supper, Day 4: City Market’s reign is short-lived because the pork ribs at Thompson’s Bar-B-Q in Crockett melt in my mouth. I almost forget my Carolina BBQ bias.

Breakfast, Day 5: We drive to Taylor to eat a chopped beef sandwich at the Louie Mueller Barbecue and at the Taylor Cafe, a dive tucked under an underpass. “This is the best barbecue I’ve ever had,” Jack exclaims when he bites into the Taylor Cafe creation. After I take a bite, Jack snatches it from my hand. “It’s mine!” he says.

Lunch, Day 5: We tackle ribs at Iron Works Barbecue and a chopped beef sandwich at the Green Mesquite, a couple of carnivore hangouts in Austin. Both will do in a pinch, but by now we’re thinking about becoming vegans.

Lunch, Day 6: A local swears about the turkey sausage at Inman’s Ranch House Bar-B-Q in Marble Falls, so here we are. It’s hot, juicy and delicious, but it’s also only 45 minutes from Cooper’s.

Lunch, Day 7: The Hard Eight in Stephenville has a similar setup to Cooper’s. You point out the meat you want on the pit, and they pile it on a plate. The chopped beef sandwiches are good, but the sauce needs some work.

We head for home—in search of a salad.