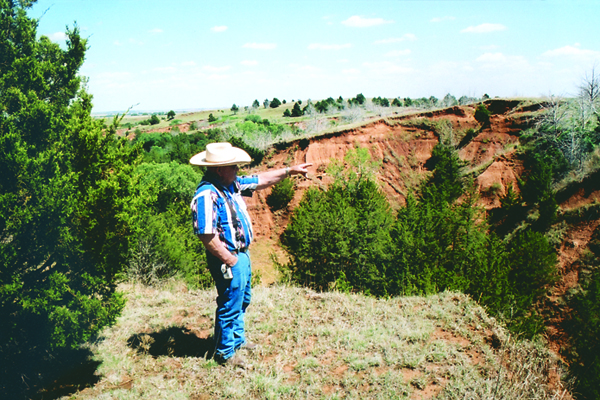 “Expect great things of art. Hope to be moved by it—to happiness, to reflection; even, if need be, to sorrow. Ask very much of art. And art, great art, will answer us.”

When I learned, as we were preparing this issue, that a pencil drawing by Will James will set you back $25,000, I knew Western art had blasted through the stratosphere. And with Remington and Russell oils in the $1 mil to $5 mil zone, think about this: in Charlie’s day, you could have probably bought Great Falls, Montana, where he built his career, for the price of one of his paintings today.

Why the sudden surge into worldwide respectability? Check out the answers in this issue.

One of the many benefits of  this gig is traveling and meeting others with the same passion for the history of the West. This past June, Regional Sales Manager Rob Bandhauer and I made a mini-whirlwind tour of central Kansas, landing in Wichita and then hitting all the historic sites in Caldwell, Medicine Lodge and Meade. We were joined on our journey by Ed LeRoy, the manager of Special Events at Old Cowtown Museum in Wichita. With Ed and  Rob (both local boys), I got the grand tour, with the benefit of succinct comments on history at every bend in the road (the only way to travel!).

We, in turn, were treated like royalty with a grand reception and tour at almost every stop. Of course, my ulterior motives in Caldwell and Medicine Lodge were to meet the local historians and find out the true story of the ill-fated Medicine Lodge bank robbery.

In Caldwell, locals Rod Cook (who also had great maps!) and Colin Wood were quite knowledgeable about the town and Henry Brown’s involvement there (in fact, I intend to go back and cover all the gunfights in Caldwell for a future issue).

In Medicine Lodge, Bev McCollom and Dillman Ash were quite helpful in showing me the locations of the bank, jail and livery stable at the time of the robbery. Dillman took us out to the box canyon to show us where the gang was trapped and captured. This didn’t make sense to me mainly because I had trouble picturing a “canyon” in Kansas. Well, standing at the back end of the ravine, the whole episode finally clicked in my mind.

Meanwhile, my self-serving advice to you: visit Old Cowtown, Caldwell, Medicine Lodge and Meade. And if anyone does artwork of the events in these towns, buy it! Your grandkids and your estate lawyers will love you for it.