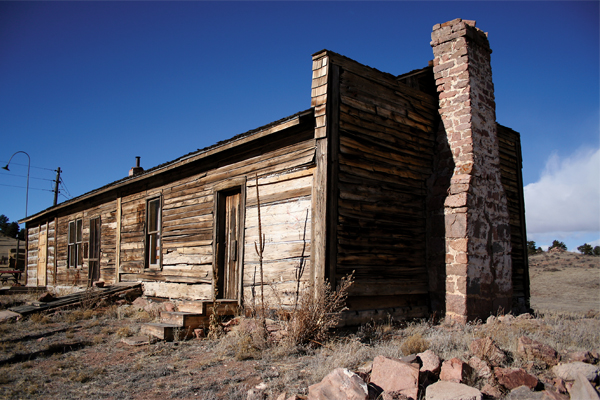 It’s hard to get in a Butch Cassidy frame of mind in downtown Denver, but I’m trying.

For one, I tell myself that the rooms in the Burnsley All-Suite Hotel are larger than most towns where Butch, the Sundance Kid and Etta Place hung out.

Yeah, I know that some historians say Butch got his start with the McCarty gang, which robbed Denver’s First National Bank; that Etta checked into the Denver hospital; that Butch and Sundance might have liked to get duded up in Denver’s finest (boy, they would have loved trying on boots at Cry Baby Ranch).

Yet, Denver has always struck me as Molly Brown’s town (her house is within walking distance of the Burnsley). Or Buffalo Bill’s (he slaked his thirst at the Buckhorn Exchange and is buried in nearby Golden). But Butch and Sundance?

Leave it to that Colorado lounge singer, Jon Chandler, to straighten me out. “You’re next door to Charlie Brown’s Bar and Grill,” the crooner tells me. “Red Fenwick used to hold court there.”

Well, heck, every fan of Butch and Sundance knows of the late Robert “Red” Fenwick. And if they don’t, they should. The legendary Denver Post columnist helped form the Hole-in-the-Wall Gang. Not Butch’s, but a collection of new Westerners—artists, writers, outlaw-wanna-bes—that incorporated in 1977 and is still going strong with some 50 members.

Artist James Collender, a founding member of the gang, once told me they drink a lot of “celery juice” on “The Ride,” which takes place for a week each September, when they explore Wyoming’s Hole-in-the-Wall Country in historic Johnson County.

The good thing about Chandler is that none of his songs reminds me of a certain B.J. Thomas number made famous in a movie that made Butch and Sundance more famous. If I can make it to Medicine Bow without having that song go through my head, I’ll count my blessings.

A savvy traveler knows U.S. 287 is the road for outlaws—through Denver, Longmont, Loveland and Fort Collins on the route of the Cherokee Trail, stopping, of course, at historic Virginia Dale near Livermore. Jack Slade, who could put the fear of God in Mark Twain, built this Overland Stage Station in 1862. This is outlaw country, all right. Legend and Louis L’Amour have it that brigands used to hide out in the surrounding hills.

The station is owned privately by the nonprofit Virginia Dale Community Club. Tours are by appointment only. The good news is my tour guide has the Dances With Wolves soundtrack playing. At least it’s not that B.J. tune.

The wind tells me that I’m closer to Wyoming. Hang out in this country and you’ll hear plenty of wind jokes (Someone left the door to Wyoming open again; Snow doesn’t melt in Wyoming—it just blows around till it gets tuckered out).

Yet, I like Wyoming. You can escape the wind, somewhat, at Wyoming Territorial Park in Laramie. Butch, ahem, “studied” some at the Big House. Built in 1872 and restored in 1989, the federal pen housed more than 1,000 male and 12 female “evildoers of all classes and kinds” before shutting down in 1903. Butch did a stretch here for rustling in 1894-96.

I head north from Laramie to Wilcox (just north of Rock River), where members of the Wild Bunch gang robbed a Union Pacific train in 1899. Not much to see here but a signpost by the railroad tracks.

But since you’re in the area, stop by Medicine Bow, which played a major part in Owen Wister’s The Virginian. Wister did share one thing in common with Butch: the Occidental Hotel & Saloon in Buffalo.

Buffalo, though, is too far for this road trip. Leaving Medicine Bow, I look up at the sky. Hmm … cloudy … looks like rain.

“Raindrops keep falling on my head….”