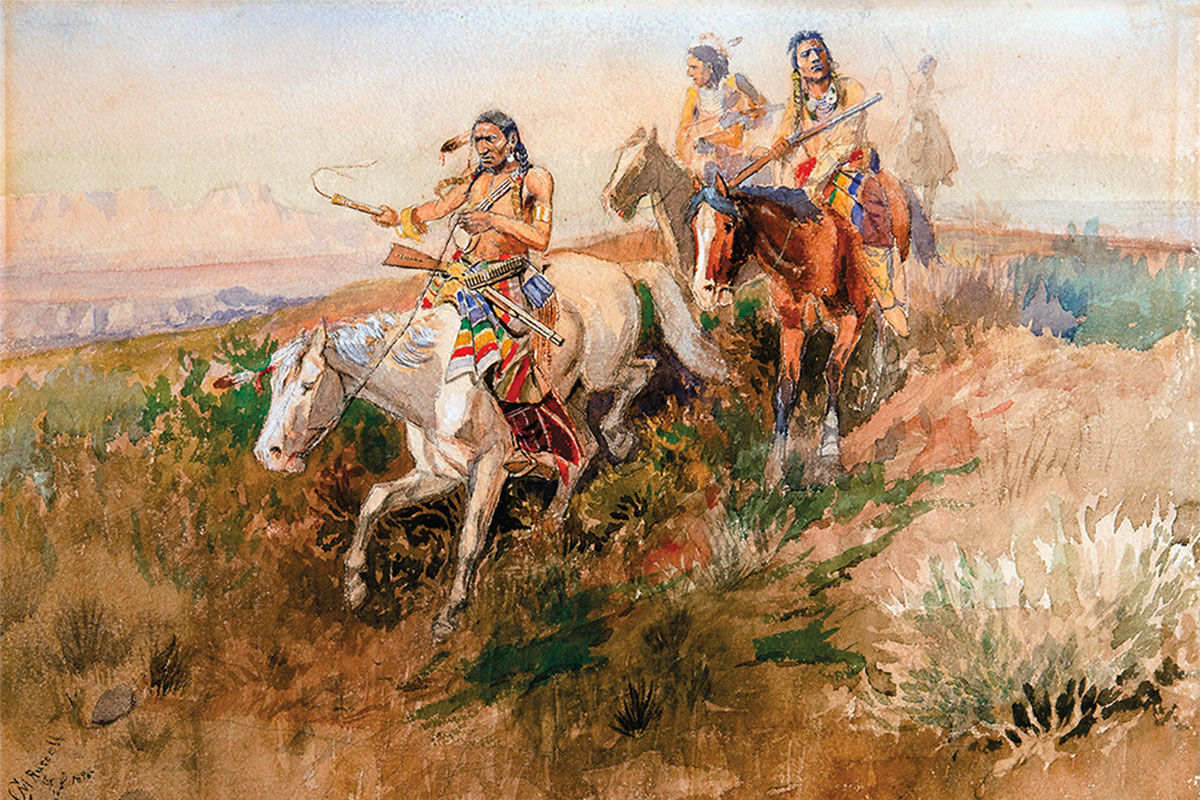 On March 23, 2019, the C.M. Russell Museum in Great Falls, Montana, held its annual live auction as the capstone to three days of programs, exhibits and other offerings in keeping with its mission and namesake. The sold-out capacity Saturday live auction along with other sales proved highly successful with the gross total for the 2019 events, including buyer’s premiums, reaching $4.7 million.

In all, over 200 lots of art in various media, including paintings, sculptures, furniture and models, were up for bid, with proceeds benefitting the museum’s nonprofit and educational programs.  While contemporary artists dominated, past masters Harold von Schmidt (1893-1982), Olaf Seltzer (1877-1978), Will James (1892-1942), Frank Earle Schoonover (1877-1922) and of course, Charles M. Russell were represented.

In fact, 13 lots by Russell ranged from one of his iconic illustrated letters to a bronze and several paintings. While some of the work depicted wildlife such as grizzly bear and elk, the most prevalent was American Indians, a topic which helped propel Russell into the top ranks of Western artists.

Not all the high prices resulted from the Saturday sale. During the previous evening, the “First Strike Auction” that featured 79 lots by living artists, grossed $420,556 including buyer’s premiums. Again, as reported by the museum’s media release: “The highest selling piece was the thrilling sale of Lot 36, All Legs by Adeline Halvorson, which resulted in a bidding war that ended at $40,000.

John Langellier’s most recent book , “Trapdoor” Springfield, was released last summer by Osprey of London. He currently is completing his next book, Scouting with the Buffalo Soldiers: Lieutenant Powhatan Clarke, Frederic Remington and the Tenth U.S. Cavalry in the West.