What History Has Taught Me: Shelley Buffalo Calf

by Shelley Buffalo Calf | Jun 12, 2019 | Departments, What History Has Taught Me 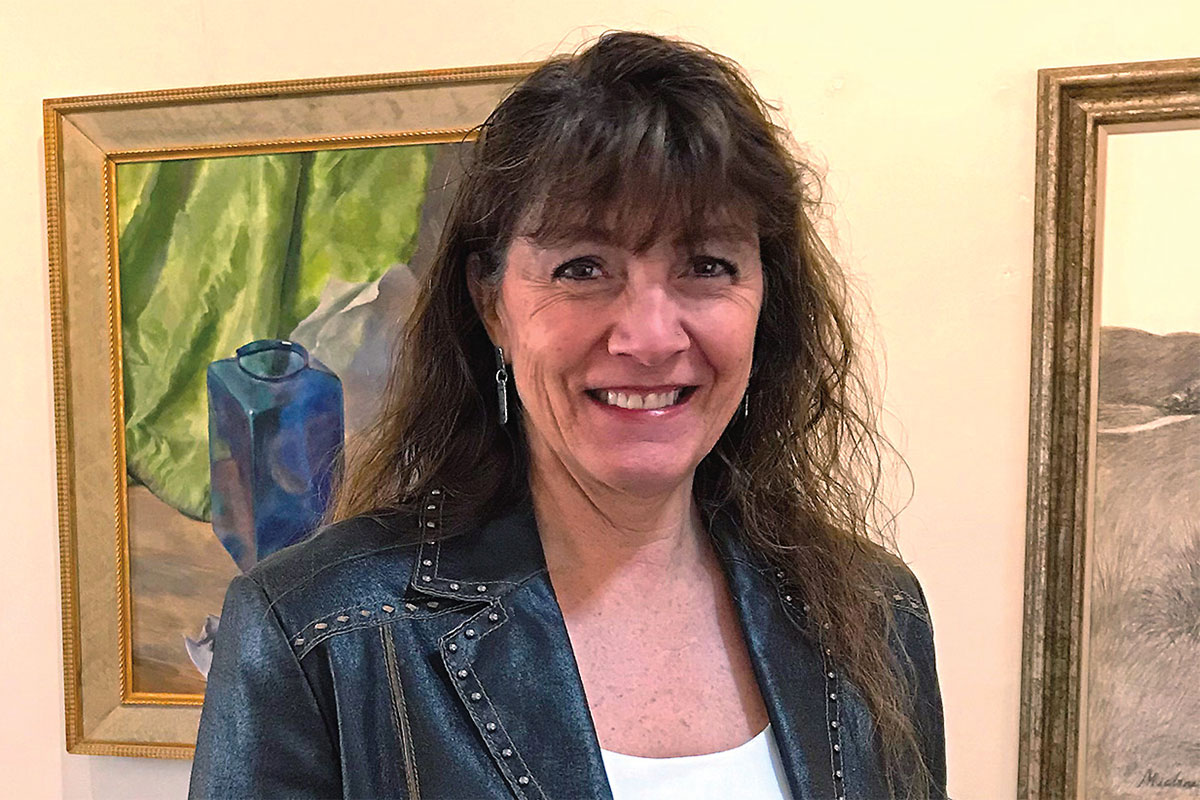 My favorite Old West location in the world is Lincoln, New Mexico, which is why I moved here as soon as I could.

Most people don’t know I met Robert Duvall. Okay, I didn’t actually meet him but we met eyes across a room and waved at each other. That counts, right?

Don’t get me started on old Western movies that show saguaros in “Texas.” Ugh!

I can’t stand it when historians claim they know the REAL events of the Old West and nobody else does.

For me nothing is better than staying at the Occidental Hotel in Buffalo, Wyoming, and hanging out in the bar counting the bullet holes.

History has taught me that things are NEVER as they seem!

My favorite Western is Open Range. I love great chocolate and a goooood smoke.

The problem with most museums is there’s never enough outlaw photos or paraphernalia; that’s why it’s just better to go to Bob McCubbin’s house.

I got my Old West nickname when Linda Pardo and I were on a road trip. We had left Prescott heading south, and after re-enacting Billy shooting Cahill at Camp Grant, we decided my name was Shootem’ Shel and hers was Loca Linda! Then there’s Dead Lori but that’s a whole other story.

When I worked at the Buffalo Bill Center of the West in Cody, Wyoming, I was fortunate to be able to work in many different departments from the McCracken Research Library to the five museums to The Papers of William F. Cody. My favorite position was as a registrar because I was handling, researching, housing and displaying historical objects every day.

While getting my master’s degree in Museum Studies my favorite experience was my internship in the conservation lab at the Buffalo Bill Center of the West. Since there are five museums, I learned to clean and repair many different types of objects from oil paintings to beadwork and textiles to pottery.

I appreciate all the work that goes into historic research because I have seen it firsthand. I worked at the McCracken Research Library and helped historians/authors go through all the primary sources we had on various historic topics. They would spend many hours, weeks, months poring over every possible connection to their topic of study. Their enthusiasm for their subject matter was contagious.

I am so connected to the Kid because he was a free spirit, a straight-shooter and was totally himself with no apologies.

My favorite pastime is riding or hiking around the hills in Lincoln County, imagining how easily outlaws could evade capture considering the topography of the land and the height of the trees being just tall enough to cover a man on a horse.

Working in retail has taught me that wine is of the utmost importance! If you don’t already drink, retail will drive you to it!

Of all the places in the West that I am drawn to it’s the wide open spaces of Wyoming, New Mexico and Arizona.

I hate it when movies start out with the dramatic Indian massacre. Enough already!

When I’m on the road I love to explore any location where a significant (or not so) historical event took place in the Old West. I once “acquired” an old broken-down bookshelf from an abandoned copper mine in Montana, a particularly good score during my wanderings.

I always strive to have courage, which according to John Wayne is being scared to death but saddling up anyway!

Shelly was born and raised in Michigan, where she began riding horses at age five. She moved to Wyoming at age 21 and worked on a 250,000-acre cattle ranch north of Cody. She was adopted into a Crow family in Montana shortly thereafter and received her name, Bishe Daga (Buffalo Calf). She has a B.A. from the University of Montana and a master’s in Museum Studies from the University of Oklahoma. After working at the Buffalo Bill Center of the West in Cody, Wyoming, she moved to Lincoln, New Mexico, to become the director of the Hurd La Rinconada Gallery and Guest Homes, and soon-to-be Sentinel Ranch Winery in San Patricio, New Mexico.