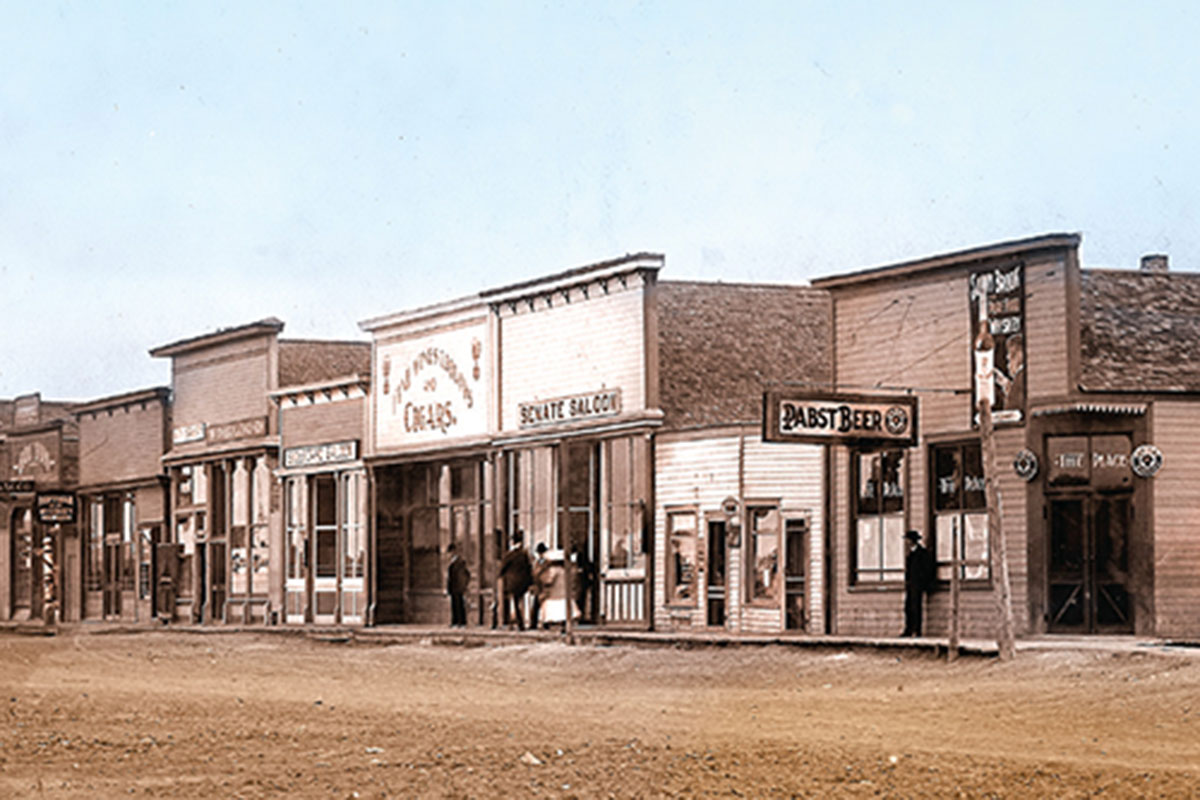 This town in the wild lonesome of northeast Montana, 60 miles from the Canadian border, earned the attention of the world when the Great Northern Railway came through in 1887, and again in 1940 when construction was completed on Fort Peck Dam.

Otherwise, Glasgow has lived well under the radar.

That changed last year when researchers at Oxford University designated the town the middle-of-nowhere because the nearest metropolitan area of 75,000 or more is four and a half hours away in any direction.

But remote doesn’t mean nothing to do.

The museum also features a buffalo mount created to celebrate President Franklin Roosevelt’s 1934 visit to monitor progress on nearby Fort Peck Dam. A photo of its concrete spillway graced the first issue of Life magazine in 1936.

“We call the second week in July Walleye Week,” says Koski. “It takes 200 volunteers to put on the tournament, all hotels and campgrounds are full, and we feed a thousand people at our community fish fry.”

Stop at the Fort Peck Interpretive Center to see a life-sized model of a Tyrannosaurus Rex found nearby in 1997. The museum explains the dam’s construction and has exhibits on the wildlife and habitat of the million-acre Charles M. Russell National Wildlife Refuge.

On their epic expedition across the continent, Meriwether Lewis and William Clark spent 13 days within the refuge’s modern boundaries. Visitors can track their journey on a 19-mile driving tour that parallels the Missouri River and closely follows expedition sites, with interpretive signs along the way.

The views are spectacular—rolling plains, distant bluffs, big sky—and remain largely unchanged from what Lewis and Clark saw in 1805.

Lovers of live theater should see a performance at Fort Peck Summer Theatre, celebrating its 50th anniversary. With exquisite hand-crafted light fixtures and 74-foot hand-hewn ceiling beams, the structure, built in 1934 as a silent movie house for dam workers, is often called the Jewel of the Prairie.

Be sure to stop at the Busted Knuckle Brewery for a glass of Middle-of-Nowhere Raspberry Blonde Beer. Ben Boreson worked as a mechanic before remodeling his garage and opening a brewery. With tables made from vehicle radiators, he serves beers with names like Camshaft Cream Ale.

In late September, Scottie Homecoming Weekend brings natives back to enjoy a parade, pancake breakfast, pub-crawl and appearances by the Saskatoon Police Pipes & Drums, down from Canada to add a touch of award-winning Scottish music.

Fun fact: The town was once known only as Siding 24, a reference to its railroad beginnings. It became Glasgow in 1887 when a Great Northern railroad clerk jabbed his finger at a spinning globe, and it landed on Glasgow, Scotland.